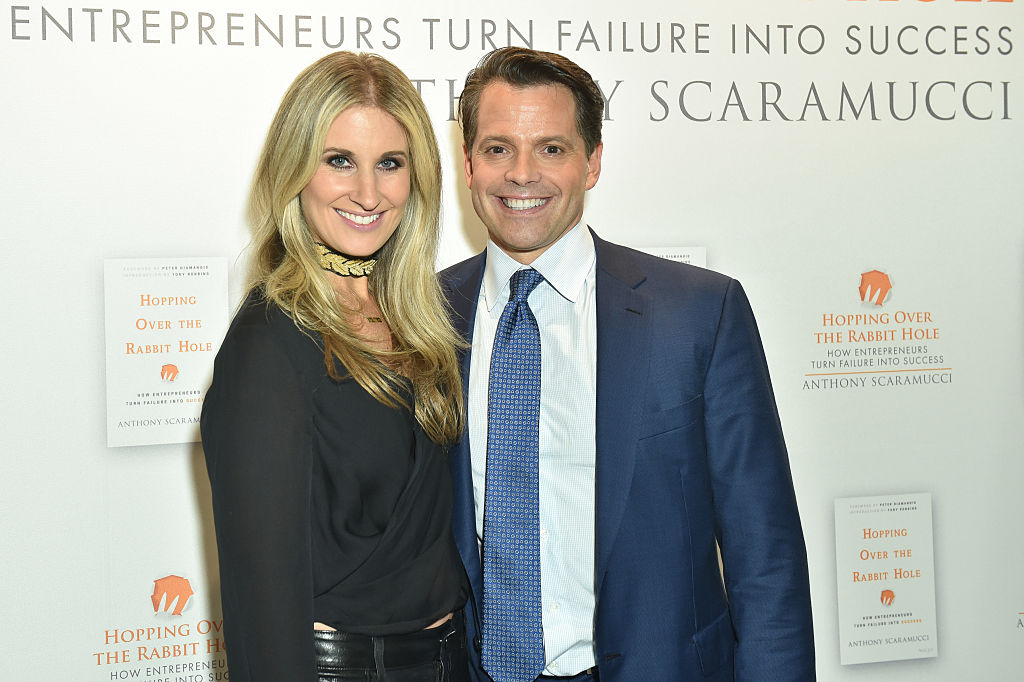 Just one day after new White House Communications Director Anthony Scaramucci made headlines for a profanity-filled rant to the New Yorker, his wife has reportedly filed for divorce.

According to Page Six, Scaramucci’s wife Deidre Ball has left the 52-year-old over his new career as Trump’s spokesman.

“She liked the nice Wall Street life and their home on Long Island, not the insane world of D.C. She is tired of his naked ambition, which is so enormous that it left her at her wits’ end,” a source told Page Six. “She has left him even though they have two children together.”

Ball, 38, reportedly began dating Scaramucci in 2011, and they were married in 2014. The marriage is Scaramucci’s second.

Another source close to Scaramucci, the founder of SkyBridge Capital, told the outlet that that Ball is “not a fan of Trump,” and wasn’t supportive of his push to work at the White House.

Added the insider, “I don’t know who Deidre thought she was marrying but anyone who knows Anthony knows he’s an ambitious man.”

Scaramucci referenced the divorce report in a tweet on Friday, writing, “Leave civilians out of this. I can take the hits, but I would ask that you would put my family in your thoughts and prayers & nothing more.”

Leave civilians out of this. I can take the hits, but I would ask that you would put my family in your thoughts and prayers & nothing more.

The White House did not respond to a request for comment, and PEOPLE could not immediately reach Ball.

The news broke just ahead of the president’s announcement that John Kelly would replace Reince Priebus as chief of staff. Priebus was the subject of much of Scaramucci’s displeasure in the New Yorker interview, with the latter suggesting that the now former chief of staff was the source of frequent White House intel leaks.

This article originally appeared on People.com