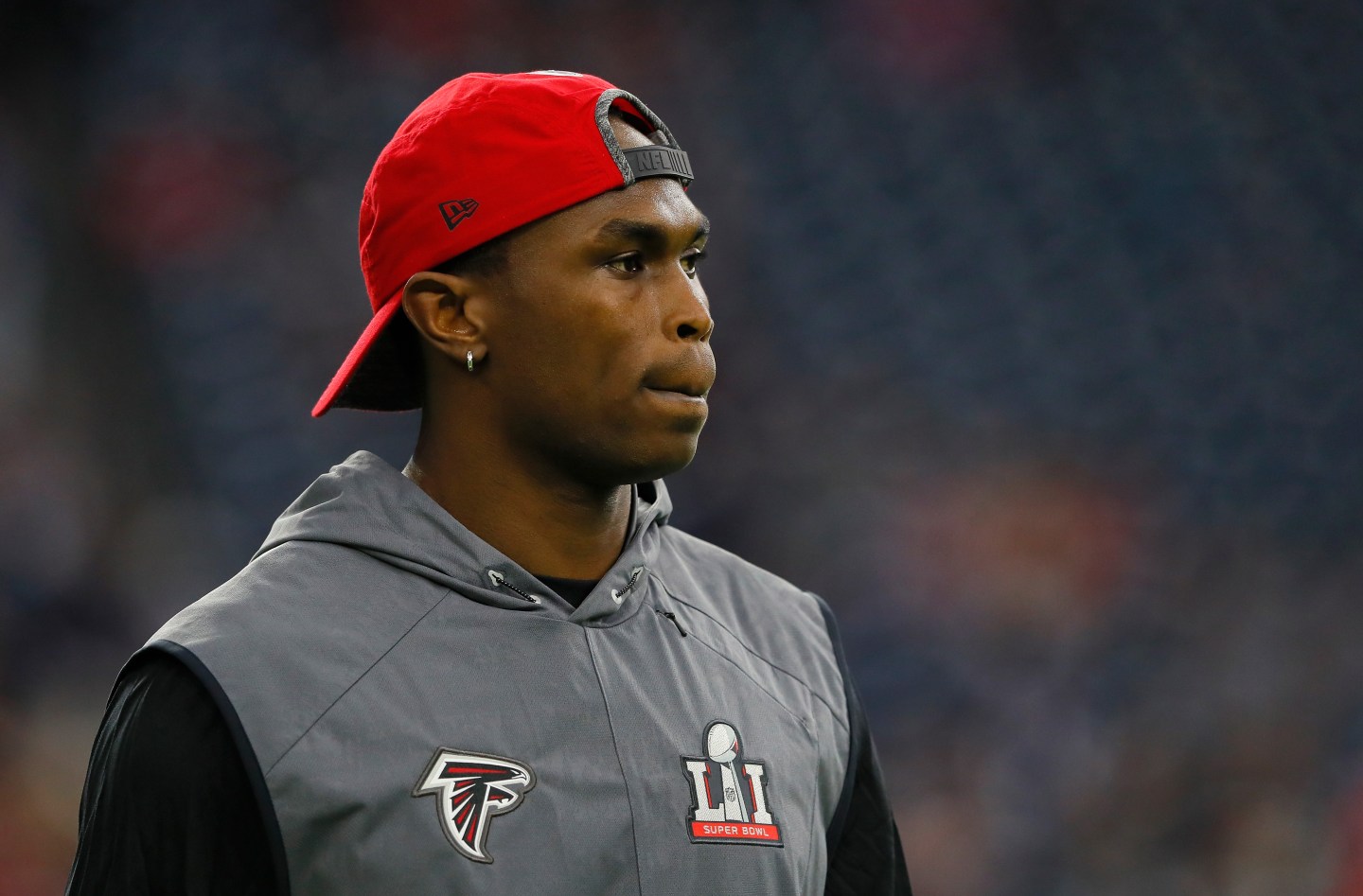 Atlanta Falcons wide receiver Julio Jones was jet-skiing when his over $100,000 diamond earring fell into the depths of Lake Lanier in Georgia.

By comparison, the $500 to hire a dive team to look for the ring must have seemed worth it to Jones, who recruited the divers to look on Tuesday. But the bottom of the 65-foot-deep lake was covered in so much debris that the divers weren’t able to locate the glint of the jewelry, salvage diver Richard Pickering told WXIA in Atlanta.

Jones had been jet-skiing when his boat hit a wake and he fell under the surface of the water. He emerged without the bling. Though he told WXIA it was “worth a little bit,” he said he was grateful that no one was hurt.

“As long as I’m good, it’s materialistic stuff,” he said to WXIA. “You can always get that kind of stuff back.”