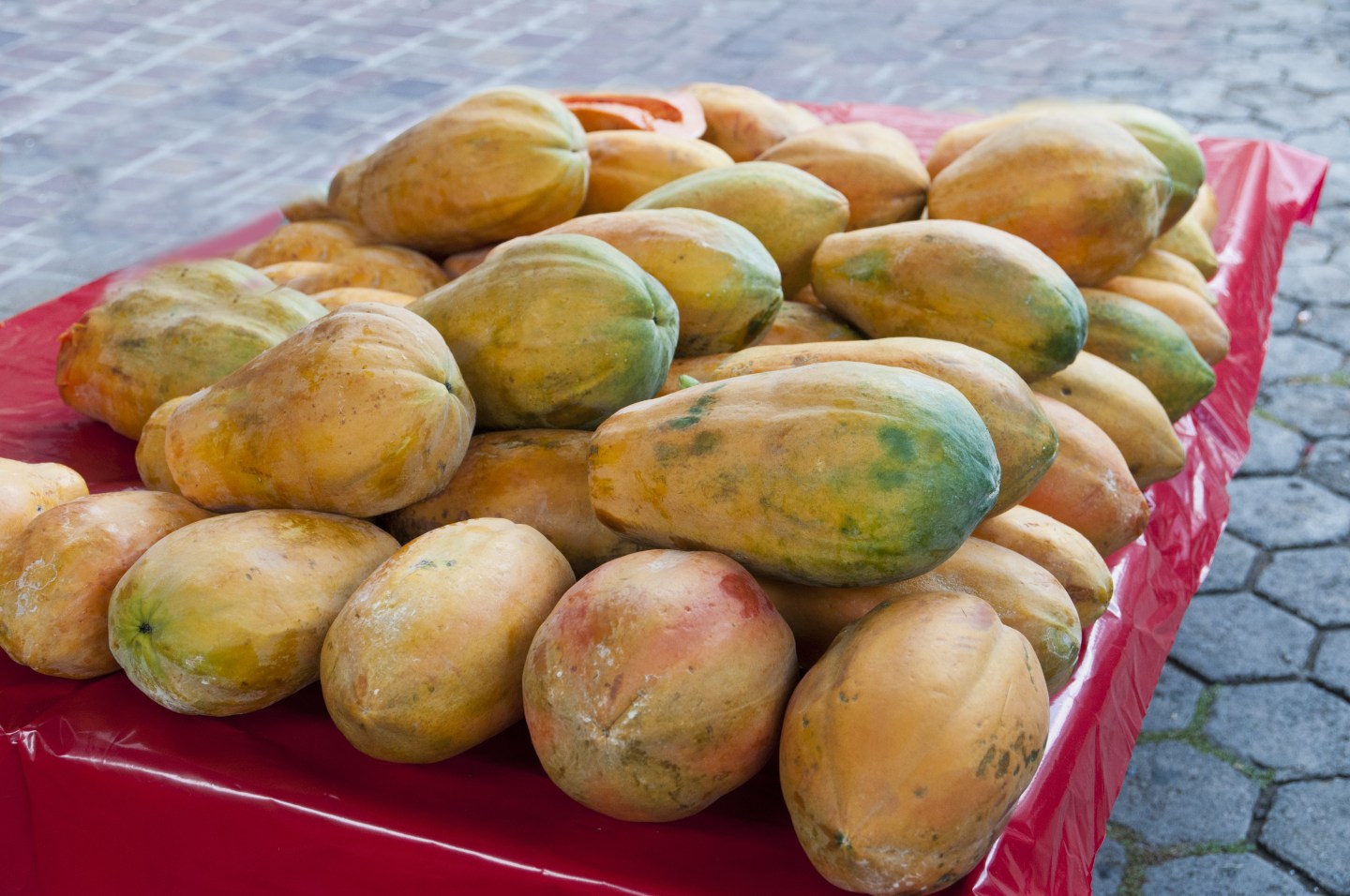 A week after Maryland food safety officials warned customers that Caribeña’s brand yellow Maradol papayas were linked to a salmonella outbreak, the company responsible for importing them has finally gone public with a recall.

Produce distributor Grande Produce LLC said in a recall notice posted late Wednesday that they had stopped receiving papaya from the grower in Mexico that supplied the contaminated fruit, according to Food Safety News. They added that the identity of the grower and the region of Mexico where the fruits originate from were unknown.

One person has died and 46 have become ill across a dozen states after eating the papaya, according to the Centers for Disease Control and Prevention. Twelve of those had such serious symptoms that they had to be hospitalized.

Read: Chipotle Says the Recent Norovirus Outbreak Was Caused By a Sick Employee

“Grande Produce has ceased importation of papayas from the grower and is taking all precautionary measures to ensure the safety of its imported produce,” the recall notice said. “The company is also coordinating closely with the U.S. Food and Drug Administration and other regulatory agencies in their investigations and will provide any assistance possible.”

The notice says the company is recalling papayas that were distributed from July 10 through July 19, according to the Wednesday recall notice. Grande Produce added that there was no salmonella found at their own facilities after testing.