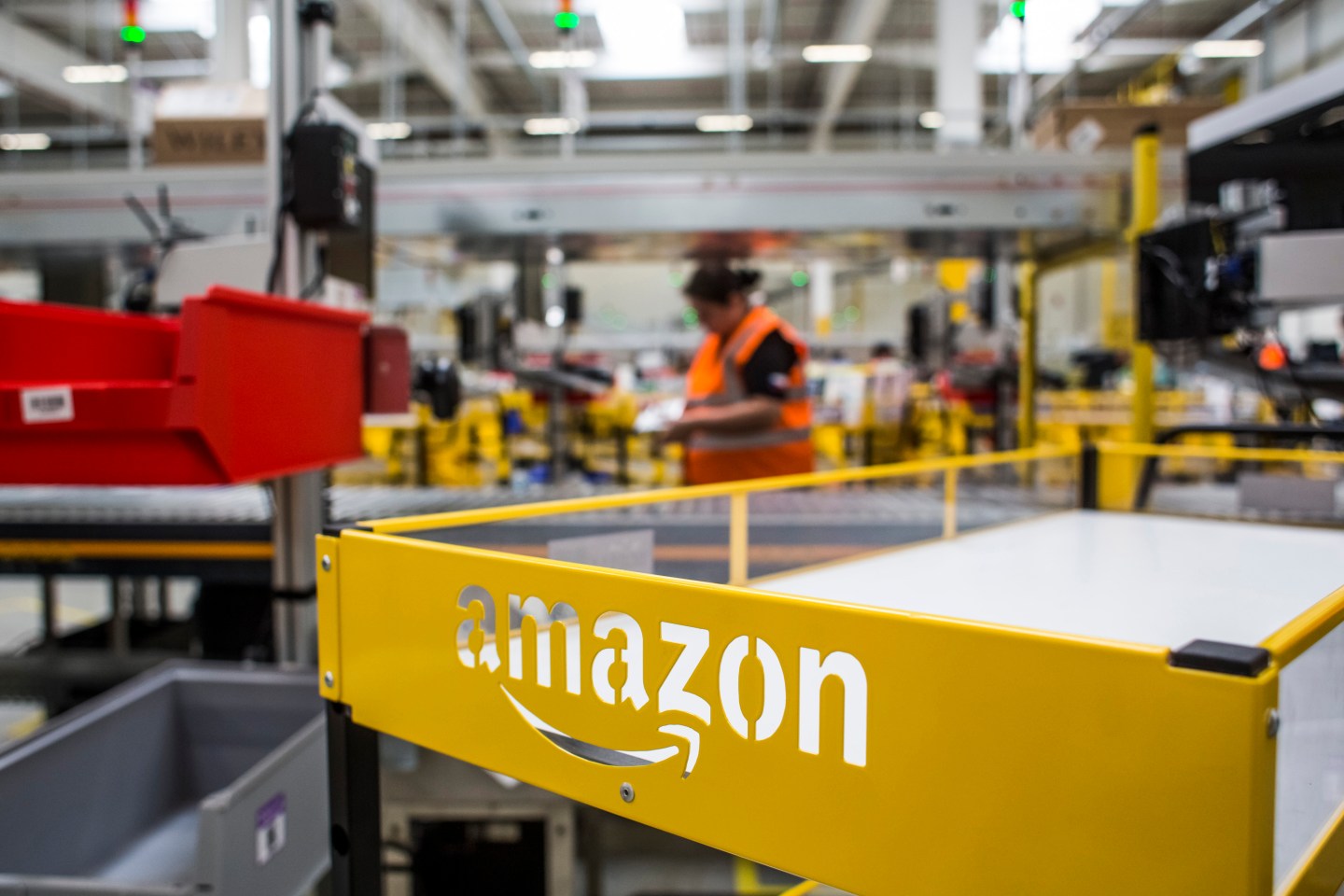 An empty cart stands in the distribution zone on the opening day of the new Amazon.Com Inc. fulfillment center in Dobroviz, Czech Republic, on Tuesday, Sept. 8, 2015. By the year 2018, 2,000 permanent and 3,000 seasonal workers will find a job at the warehouse which already now has 1,500 permanent employees. Photographer: Martin Divisek/Bloomberg via Getty Images
Martin Divisek—Bloomberg/Getty Images

While Amazon does deliver to Singapore, higher-end services had not been available, such as Prime services which include access to the company’s video-streaming service. The Prime Now Singapore website, which went live on Thursday, promises delivery within two hours.

In Asia, Amazon has largely sidestepped China and focused on India. But its arrival in Singapore, a tiny but wealthy English-speaking city state of just over 5 million people, has been hotly anticipated as a gateway to a Southeast Asian region of 600 million, where currently only a fraction of sales are conducted online.

Industry executives are preparing for a battle of titans.

“Singapore will be a test bed,” said Ajay Sunder, vice president of digital transformation at Frost and Sullivan.

“I would give Amazon another two quarters, they should be rolling out soon in southeast Asia, at least the major cities.”

Since launching five years ago, Lazada has expanded into six markets in Southeast Asia: Singapore, Malaysia, Indonesia, the Philippines, Thailand and Vietnam.

Besides financial support, Alibaba’s investment has boosted Lazada’s range of merchants and improved its logistics. Lazada and Alibaba could already be ahead, said Xiaofeng Wang, a senior analyst at research firm Forrester, with their longer experience of local customers, and with logistics and vendor systems.

Amazon, though, has deep pockets, technological nous and an inventory of U.S. products, she added.

But while Southeast Asia may be the last big battleground for e-commerce in Asia, it is not easy, with complex regulatory differences, language barriers and logistical barriers like the huge number of islands that make up the Philippines, or Jakarta’s paralysing traffic. Internet connections can be slow or non-existent.

Lazada has used third-party providers and developed its own logistics and warehouses.

But the market is also fragmented, with several local players including Indonesia’s Tokopedia, in which a source has said Alibaba rival, Chinese e-commerce group JD.com Inc, is considering an investment.

Amazon’s Prime Now is Amazon’s express delivery service, which launched in New York City in December 2014 and has since expanded to several other major U.S cities, as well as European cities such as London, Berlin, Milan, and Madrid.

“But Prime Now across Indonesia or across Thailand that will remain a distant reality given the logistical challenges.”