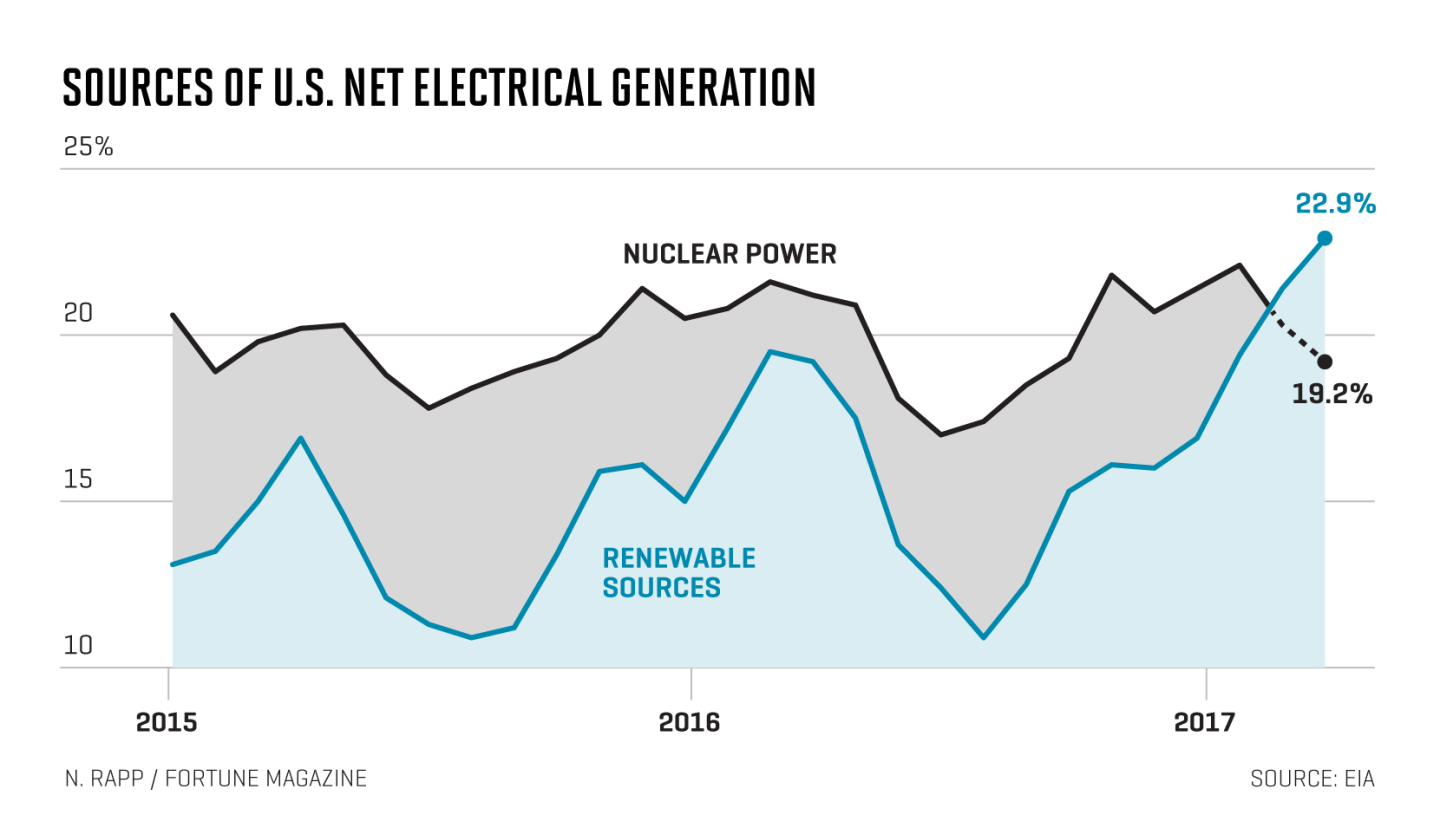 This year, for the first time in the modern nuclear era, renewable energy has surpassed nuclear power as a percentage of U.S. energy generation.

Nuclear power generation has been facing hurdles for a while: it’s expensive to expand, often politically unsavory, and not as competitive as the cheap natural gas that has flooded the market in recent years.

But compared to its traditional rival, coal, nuclear power is significantly better for the environment. The worry, as costs and other pressures gradually diminished nuclear capacity, was that renewables wouldn’t be able to make up the difference. And instead, would lead to an increased reliance on fossil fuels.

But new records for both wind generation and solar generation (plus a six-year high for hydropower thanks to increased rain in California), saw a dramatic increase in renewable power. Falling prices for solar generation helps, too. As those power sources increased, they overtook nuclear generation.

Long-term, the trend shows now signs of slowing. However, this summer, it’s possible that nuclear will again overtake renewables, according to the U.S. Energy Information Administration. And nuclear could still come out ahead in 2017 as a whole.

A version of this article appears in the Aug. 1, 2017 issue of Fortune with the headline “Renewable Energy Hits a Milestone.”