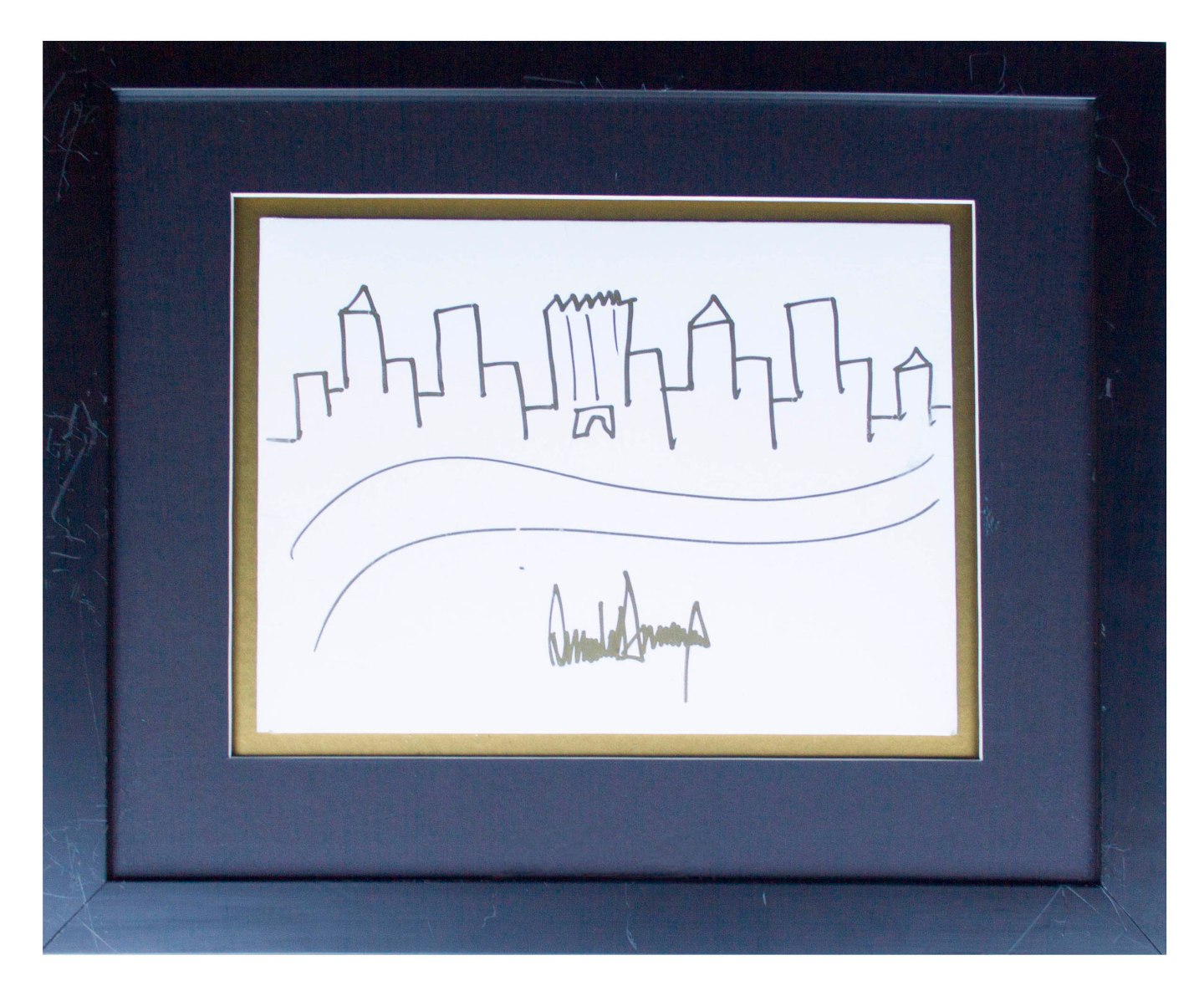 A sketch that President Donald Trump drew of the New York City skyline will be up for auction starting Thursday.

The sketch, which is listed by Nate D. Sanders Auctions, was drawn by Trump in 2005 for an auction benefitting a global literacy initiative, according to Mashable. Charlize Theron, Jennifer Garner, and John McCain also contributed work to the auction 12 years ago.

The Trump Tower can be seen at the the center of the sketch, with Trump’s signature in gold marker toward the bottom.

The auction house described the sketch as “rare original artwork by the president,” adding that there’s only “a handful of such drawings known.”