See Which U.S. Cities Have the Biggest Number of Millionaires 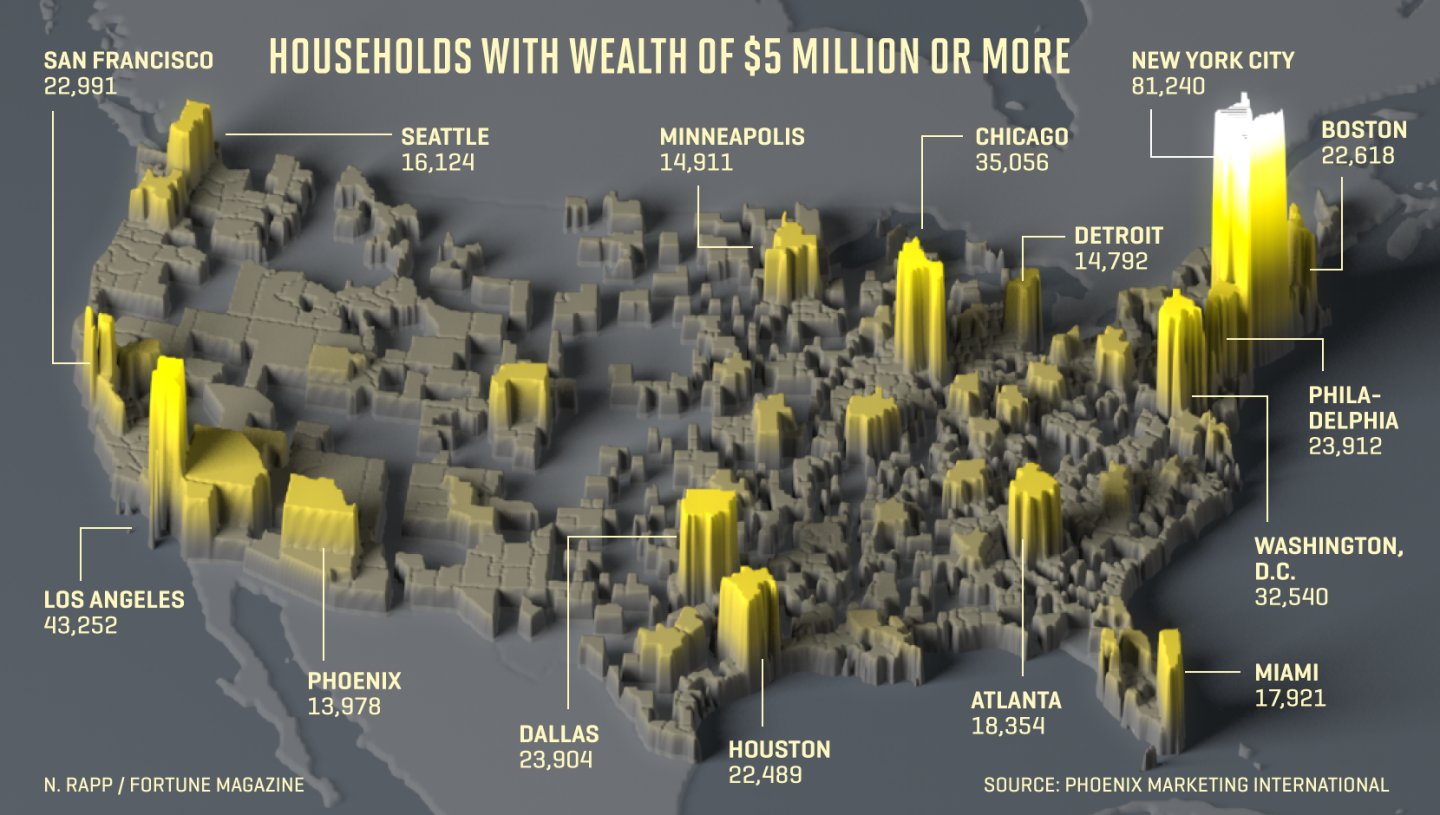 Map shows the number of $5M plus households in the U.S.
Nicolas Rapp

The rich continue to get richer—and at a faster rate. Global private financial wealth increased by 5.3% to $166.5 trillion last year, according to the Boston Consulting Group. That compares with a 4.4% gain the year before. And by the end of 2021, the growth rate globally is projected to be 6%. Some 45% of that $166.5 trillion is held by 18 million millionaire households worldwide. The number of such households in Asia is growing fast. Financial wealth in the Asia-Pacific region increased by 9.5% last year, according to BCG. But the U.S. still has the largest share of wealth among countries, with more than 7 million millionaire households vs. 2.1 million in China. To see where wealth is concentrated in the U.S., we plotted data from Phoenix Marketing International showing households with more than $5 million in assets by urban area.

Curious where these high net worth households are located?

Try the search box below:

A version of this article appears in the Aug. 1, 2017 issue of Fortune with the headline “Cities of Gold.”