BMW Will Make the Electric Mini in the U.K. Despite Brexit Risk 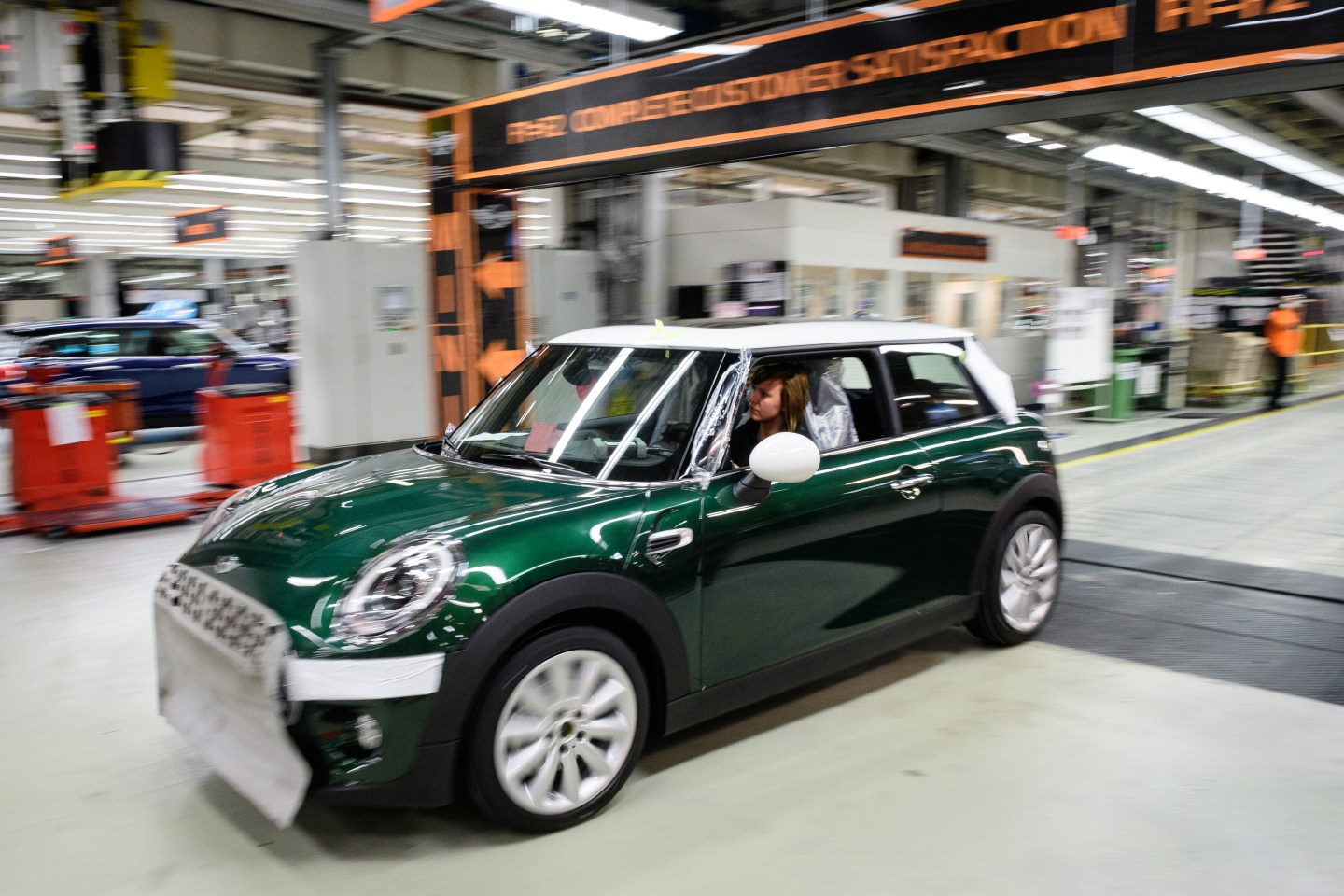 COWLEY, ENGLAND - JUNE 20: General views from the production facility as staff members and technicians work on the Mini assembly line at a factory on June 20, 2016 in Cowley, near Oxford, England. The UK goes to the polls on June 23, to decide whether Britain should leave or remain in the European Union. (Photo by Leon Neal - WPA Pool/Getty Images)
Leon Neal — Getty Images

German carmaker BMW Group said Tuesday it has decided to make the first all-electric version of the Mini at its home in Oxford after all.

The decision ends months of uncertainty over the future of the iconic British marque, and defies an increasingly gloomy consensus about the future of the U.K. car industry outside the EU, its Single Market and its customs union.

Investment in the U.K. auto sector had slumped in the first half of the year, in what many saw as a reaction to Brexit-related uncertainties. From a cyclical peak of 2.5 billion pounds ($3.25 billion) in 2015, auto companies invested only 322 million pounds in the first half of the year. BMW itself had said that the referendum had created “uncertainty for for the automotive sector in general and for overseas investors in particular.”

Read: BMW Could Move the Mini to Germany Because of Brexit

The German company said it had taken its decision purely on business grounds. It made sense to build the first battery-driven Mini on the basis of the current 3-door model, and over three-quarters of that model are made overwhelmingly at BMW’s plant in Oxford,,England – its home for 58 years. Production will start in 2019 and run at least through 2023, according to Bloomberg.

But it will make the electric drivetrain components for the cars at its plants in Dingolfing and Landshut in Germany. They’ll be shipped to the U.K. for the final assembly. That’s important because if, as some have feared, the U.K. and EU were unable to agree future trading terms before Brexit comes into force in March 2019, they would be subject to an import tariff of some 5%. The completed Mini would then be subject to a tariff of 10% when re-exported back to the EU. That could wreck the economics of such a project, given that the auto industry generally works on net profit margins of less than 10%.

As such, the deal looks like a hefty bet on the worst-case Brexit being avoided. That’s consistent with noises coming out of Westminster since last month’s general election that failed to give Prime Minister Theresa May a mandate for her “Hard Brexit” strategy. Treasury Chief Philip Hammond has led calls for extensive transitional arrangements after 2019 to cushion the economic impact of Brexit and avoid “cliff-edge effects.”

However, Brexit is not the only game in town. When reports of BMW moving Mini production to Germany or the Netherlands first surfaced a couple of months back,, the company was facing strike action by its U.K. workforce over proposed changes to their pension plan. That dispute,– quite coincidentally, of course – was settled two weeks ago after the company agreed to triple the compensation it was offering to those affected. A company spokesman said the pension dispute “played no role whatsoever” in the choice regarding Mini production.

Business Secretary Greg Clark hailed the decision as “a vote of confidence in the determination of our industrial strategy to make Britain the go-to place in the world for the next generation of vehicles.”