‘I Did Not Collude.’ Jared Kushner Gives Statement to Congress 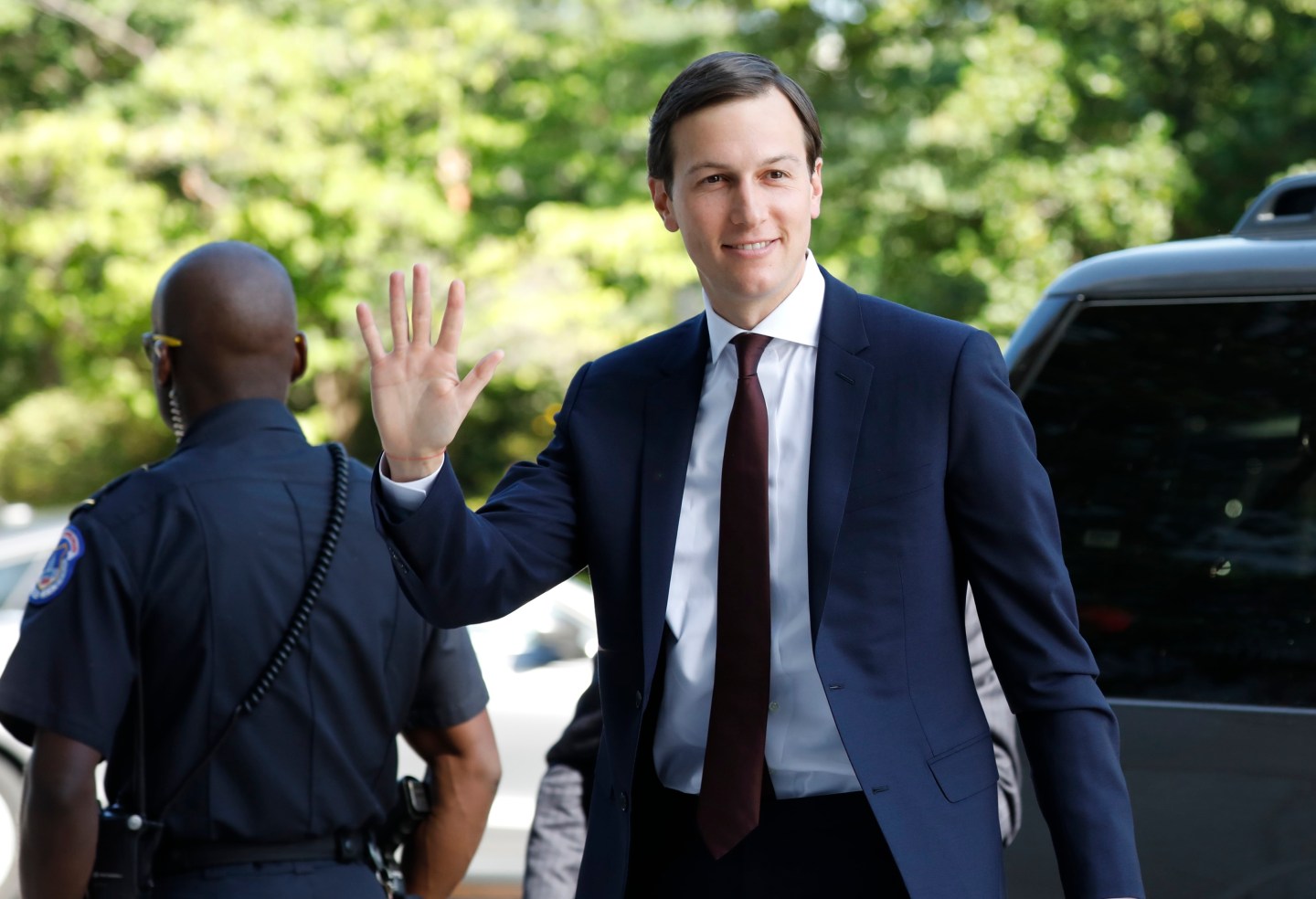 White House Senior Adviser Jared Kushner waves as he arrives for his appearance before a closed session of the Senate Intelligence Committee as part of their probe into Russian meddling in the 2016 U.S. presidential election, on Capitol Hill in Washington, U.S. July 24, 2017. REUTERS/Aaron P. Bernstein
Aaron P. Bernstein — Reuters

President Donald Trump’s son-in-law and senior White House adviser Jared Kushner said in a statement to congressional committees on Monday that he “did not collude” with Russia or seek back channels with Moscow last year.

“I did not collude, nor know of anyone else in the campaign who colluded, with any foreign government,” Kushner said in a written statement released before his appearance in closed-door meetings with members of the U.S. Congress.

“I had no improper contacts. I have not relied on Russian funds to finance my business activities in the private sector,” he said.

Kushner said he had “perhaps four contacts with Russian representatives” during the 2016 campaign and presidential transition period after Trump’s victory.