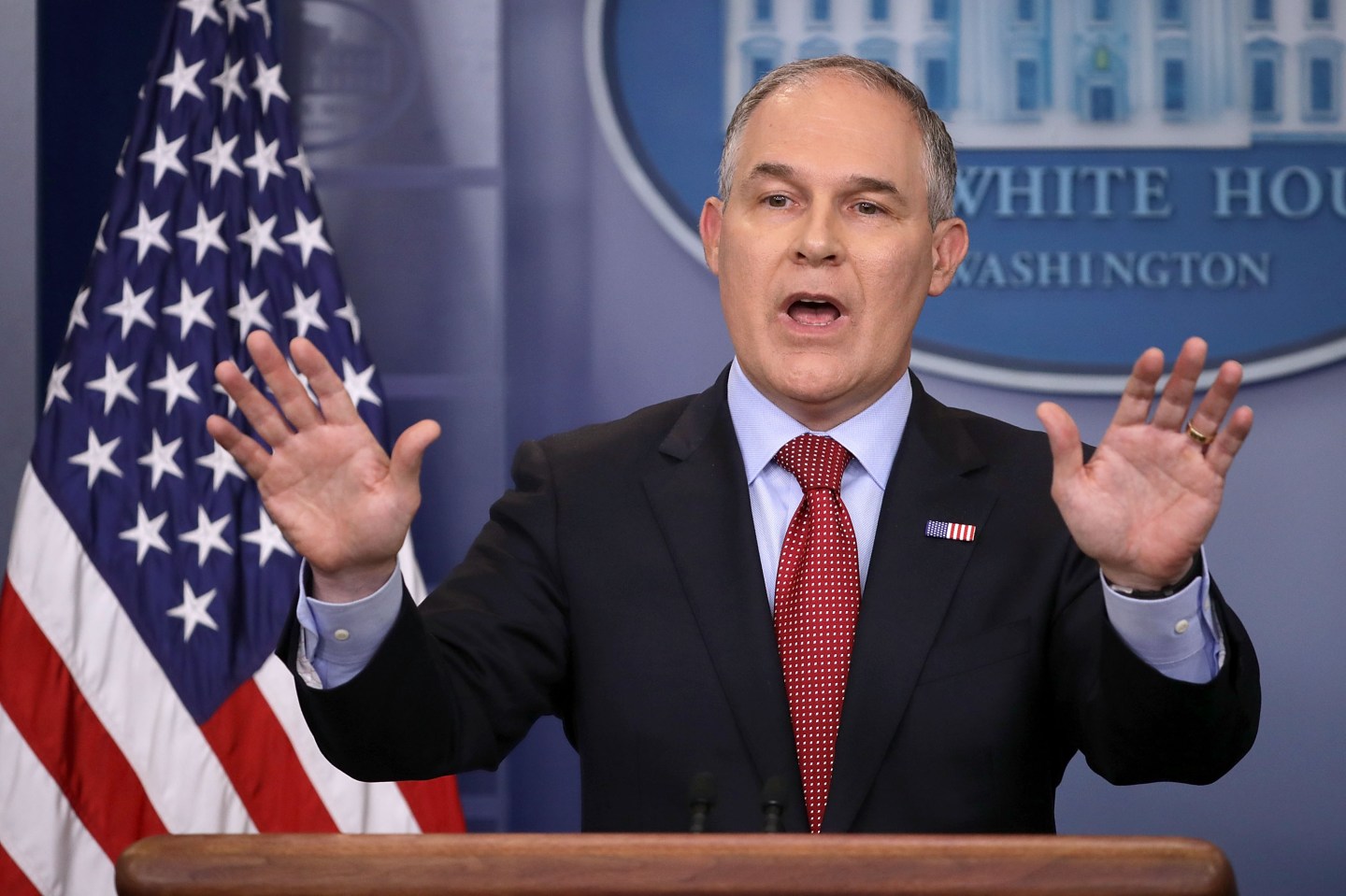 Records show the head of the Environmental Protection Agency spent weekends in his home state during his first three months in office, frequently flying to and from Oklahoma at taxpayer’s expense.

The records show Pruitt traveled home at least 10 times, typically leaving Washington on Fridays and returning on Mondays. Pruitt was either in Oklahoma or on trips that included stops there for nearly half the days encompassed in the three-month period, costing more than $15,000.

EPA spokeswoman Liz Bowman did not respond to emails or phone messages from The Associated Press on Monday seeking comment.

Pruitt, a Republican, served as Oklahoma’s attorney general prior to his appointment by President Donald Trump to lead EPA. Married with two children, Pruitt owns a home in Tulsa, Oklahoma. There were a couple of occasions where Pruitt traveled on a trip for EPA then paid out-of-pocket to fly to Tulsa before returning to Washington at government expense.

AP reported earlier this year that while Pruitt was in his state job, he was in frequent contact with political donors, corporate executives and industry groups opposed to new environmental regulations enacted under the Obama administration.

He appears to have continued that practice since coming to EPA, including traveling to accept an award from the Oklahoma Well Strippers Association, make a keynote address to a meeting of the American Legislative Exchange Council and deliver a speech to the National Association of Manufacturers.

EPA records indicate Pruitt also attended “informational meetings” during the trips, which were first reported by The New York Times. Though a trip to Oklahoma might last three or five days, it was not unusual for only one such meeting to be listed during Pruitt’s time away from Washington.

Records show EPA paid $1,980 for Pruitt’s roundtrip ticket on a commercial airline, well in excess of what an economy class ticket typically costs on that route. Federal regulations allow government travelers to fly business class or first class only when no cheaper options are “reasonably available.” Pruitt was also reimbursed $127 for meals and expenses, according to the records.

Among the questions to which Bowman did not respond was whether EPA staff or members of Pruitt’s full-time security detail traveled with him. She also did not answer questions about the official purpose of specific trips or whether Pruitt flew first class.

A call to the family-owned distribution company’s chairman, Mat Brainerd, was not immediately returned. He testified before congressional panels in favor of extending the Keystone XL oil pipeline and against part of the Clean Air Act.

In a statement to the Times, Bowman said: “The administrator’s travel, whether to Utah, Michigan or Oklahoma, all serves the purpose of hearing from hard-working Americans about how EPA can better serve the American people.”

On a different May trip, records show Pruitt flew to Colorado to give a speech to the Heritage Foundation before buying his own ticket to Tulsa for the weekend and then returning to Washington. On that trip, EPA paid $2,690 in commercial airfare.

The Heritage Foundation, a free-market think tank that receives funding from groups tied to the fossil-fuel industry, paid for Pruitt’s hotel room in Colorado Springs, according to his travel form. Though Pruitt’s expense report indicates an “ethics form is prepared” to allow the outside group to pick up his hotel tab, a copy of that form was not provided by the EPA.

“These travel records show that Administrator Pruitt is more focused on cultivating his relationships with industry and conservative political organizations in his home state of Oklahoma than he is on protecting the environment and the public health for the rest of America,” said Schaeffer, who served as the head of EPA’s office of civil enforcement from 1997 to 2002.