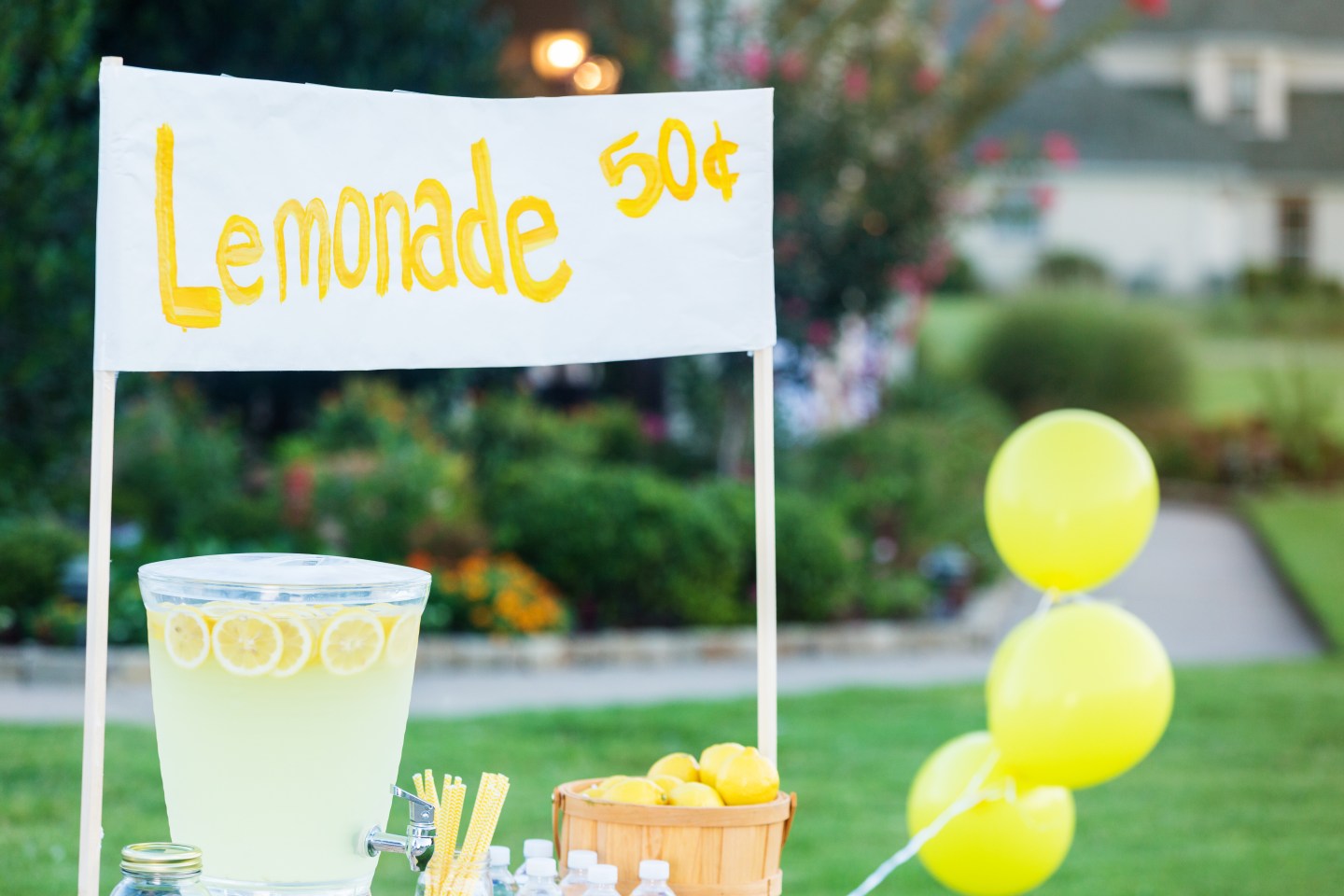 A lemonade stand is set up in the front yard of a home in the suburbs. A beverage dispenser and a basket of fresh lemons are on the stand. A sign is at the top of the stand with the price of the lemonade.
Steve Debenport—Getty Images

Lemonade stands run by kids can be found in many American small towns, but don’t try setting one up in London.

Andre Spicer, a professor of organizational behavior at Cass Business School in the City University of London, says his five-year old daughter was fined £150 (or nearly $200) for setting up a stand on the corner of her street. The charge? Selling without a permit.

“My daughter burst into tears, repeating again and again ‘have I done a bad thing’?,” Spicer wrote in the Telegraph.

The Tower Hamlets Council, which was responsible for issuing the ticket, has since cancelled the fine and apologized, but it’s still a baffling, ridiculous example of oversight run amok.

Spicer says it all started the way most lemonade stands do: With no school, he was looking for ways to prevent the plaintive cry of “I’m bored” that kids have perfected. His daughter actually came up with the concept, which is less common in the U.K. She originally planned to sell toys and food, but decided to hang onto her toys.

The father/daughter duo spent 30 minutes making up four jugs of lemonade, then the five-year-old drew a sign to advertise their venture. Finally ready, they walked to the end of the street and set up shop.

A nearby park was having a music festival, so there was plenty of foot traffic and brisk sales. That’s when the “local council enforcement officers” rolled up and issued the citation.

Spicer says after he and his daughter had walked home (with her crying all the way) and she had calmed down, he told her they could get a permit and try again, but she refused, saying, “No. It’s too scary.”

There is a happy ending here, thankfully. Spicer and his daughter have received a stream of support on social media since he told his story. And her street corner venture might actually turn into a booming business.