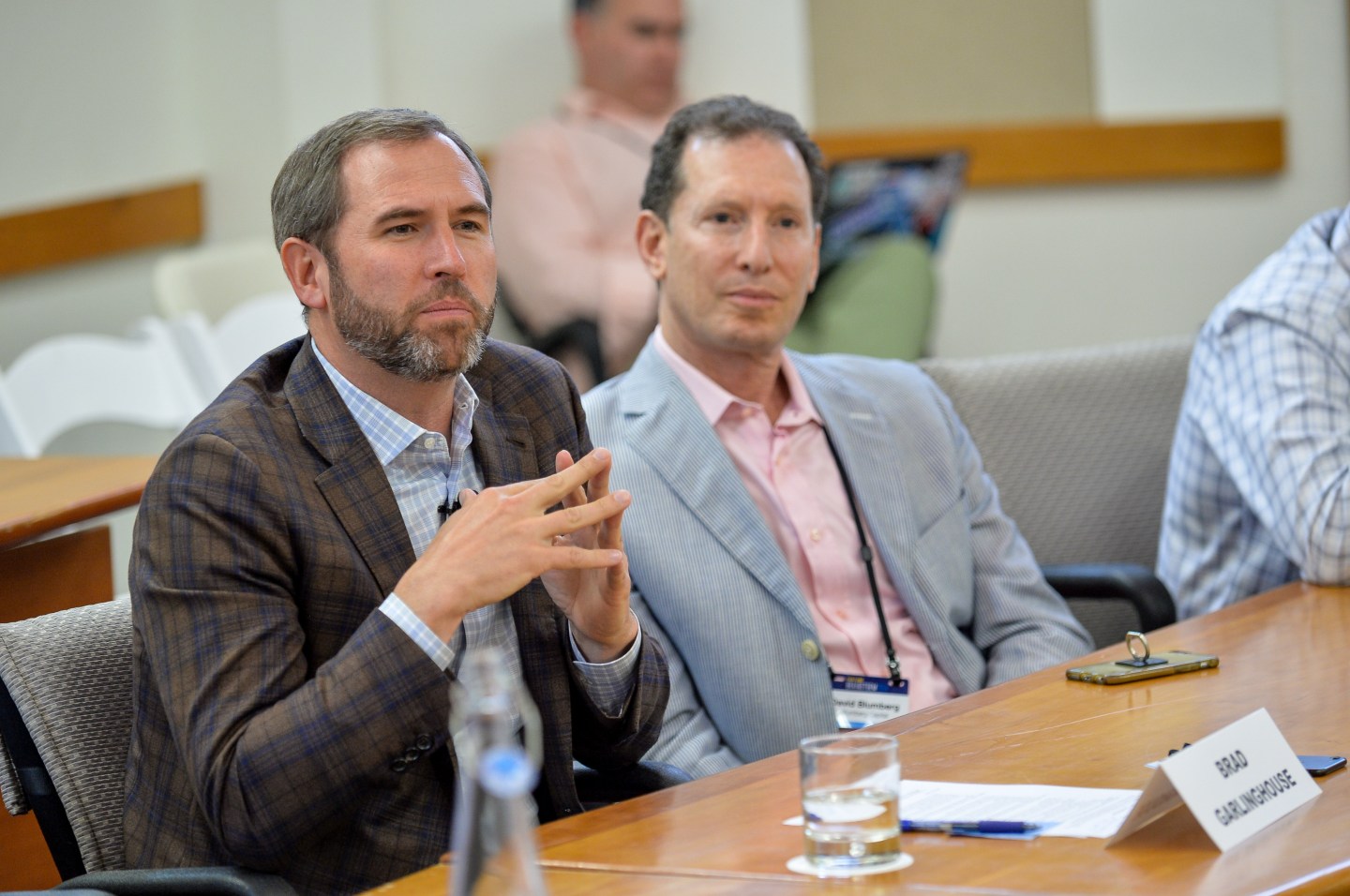 A few years ago, it was popular for startups to follow the path forged by Uber and AirBnb, ignoring regulations and laws to build a business first and deal with legal complications later.

But several startups fields as varied as housing, finance, and marijuana went a different way, and they’ve succeeded by playing nice with the regulators instead.

“Silicon Valley’s fixation with disruption can be counter-productive,” Brad Garlinghouse, CEO of Ripple, said at the Brainstorm Tech conference on Tuesday. Ripple helps banks use some of the technology behind bitcoin for other financial transactions.

Garlinghouse is worried that some other bitcoin-related startups ignored regulations, which will lead to major problems down the line. “Heavily regulated markets are typically regulated for a reason,” he said, pointing to the recent theft of $7 million from a cryptocurrency fundraising effort of Israeli startup CoinDash. “It’s the lack of regulation gone awry,” he added. “Frauds are happening; people are going to go to jail.”

While some bitcoin startups opted to go around regulators and others cooperated, in other industries ignoring the regulatory issues is much harder, creating more of an incentive to cooperate from the beginning.

Colorado is one of just a few states has legalized marijuana consumption. But pot is still illegal at the federal level, making the regulatory environment complex, Kyle Sherman, CEO of startup Flowhub, said. Helping marijuana suppliers and retailers track the movement of the product along the supply chain, from farm to distribution center to store, Flowhub also reports data to state regulators.

“We realized this had to be a collaborative effort,” Sherman said. “We’re not just building a business, we’re building an industry.”

The startup Common is helping to build apartments that will be designed to attract unrelated people, essentially roommates, to live together. CEO Brad Hargreaves said with big, long-term, building projects, there was too much risk in flouting zoning and community approval rules.

“We started in 2015—that was sort of peak of anti-regulation, that was really when Uber and AirBnb were doing tremendously well from their strategy of not playing well with regulators,” Hargreaves said. But building buildings is a much larger and more permanent endeavor than relying on contractors who drive their own cars or rent their own homes. “We’re much more sitting ducks.”