Brexit’s Effect on the U.K. ‘Will Be Profound and Unpredictable,’ Lawmakers Say 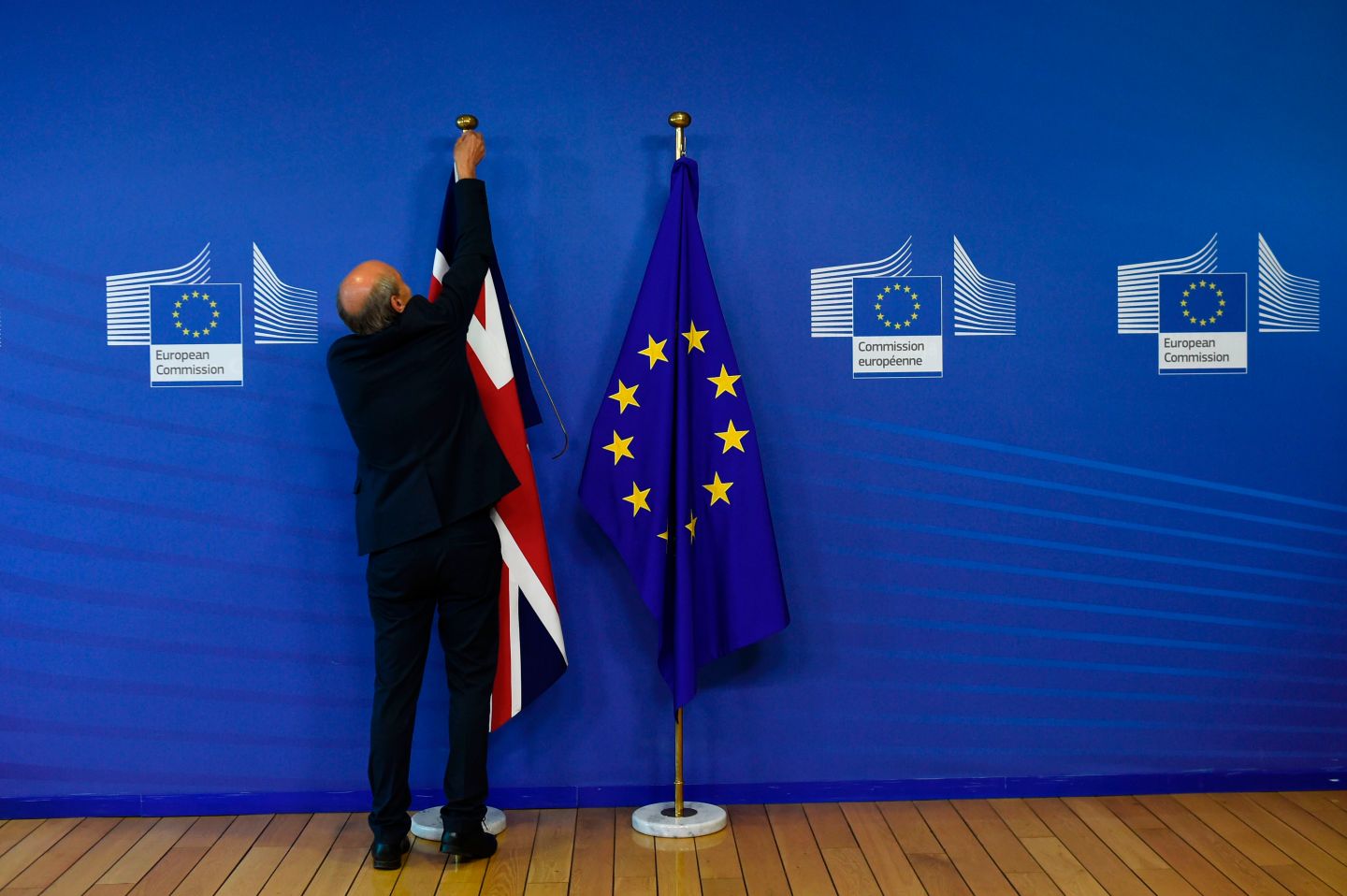 A clerk puts a Union Jack on a flagpole next to flagpole with a flag of the European Union at the European Commission in Brussels on June 19, 2017, as Britain is to start formal talks to leave the EU. Britain starts formal talks to leave the EU on Monday, seeking a deal "like no other in history" despite entering fiendishly difficult negotiations with a badly weakened government. / AFP PHOTO / John THYS (Photo credit should read JOHN THYS/AFP/Getty Images)
JOHN THYS AFP/Getty Images

Brexit poses a fundamental challenge to the future of the United Kingdom by removing the European Union law that has helped to bind it together, a committee of lawmakers from the British parliament’s upper house said on Wednesday.

Last year’s vote to leave the EU has highlighted tensions among the United Kingdom’s four constituent regions: England and Wales voted to leave, Scotland and Northern Ireland to remain.

It has prompted renewed calls from Scottish nationalists for a vote on independence, and members of the Scottish, Welsh and Northern Irish governments have complained the national government has not involved them enough its Brexit negotiation preparations.

“Brexit‘s impact on the future of the United Kingdom will be profound and unpredictable. At the moment, the internal politics are pretty toxic,” said Michael Jay, a member of the Lords EU committee and former head of Britain’s diplomatic service.

The committee’s report “Brexit: devolutiion”, said the supremacy of EU law and its interpretation by the EU’s Court of Justice have helped ensure consistency of legal and regulatory standards across the United Kingdom’s internal market.

“Brexit thus presents fundamental constitutional challenges to the United Kingdom as a whole,” the report said. It called on the government to set aside party politics and adjust its Brexit approach to accommodate the needs of the different regions.

It also said Brexit would lead to a significant increase in powers and responsibilities for local institutions in the three devolved nations, in areas such as fisheries and agriculture. Any attempt at a “power grab” by either side would only add to instability, it said.

Scotland’s governing Scottish National Party has threatened to try to block the progress of key legislation that will sever legal ties with the EU unless the government does more to account for Scotland’s interests in Brexit.

The Lords’ report said that if the UK-wide Brexit agreement does not adequately reflect Scotland’s needs, a strong political and economic case can be made for making differentiated arrangements for Scotland.

“The UK Government must respect the devolved institutions. It’s not enough saying it’s listening to them, it’s actually got to take account of what they say and adjust its approach to accommodate their specific needs,” Jay said.

“Equally, the devolved administrations must work with, not against, the UK government to get the best Brexit for the whole of the UK.”