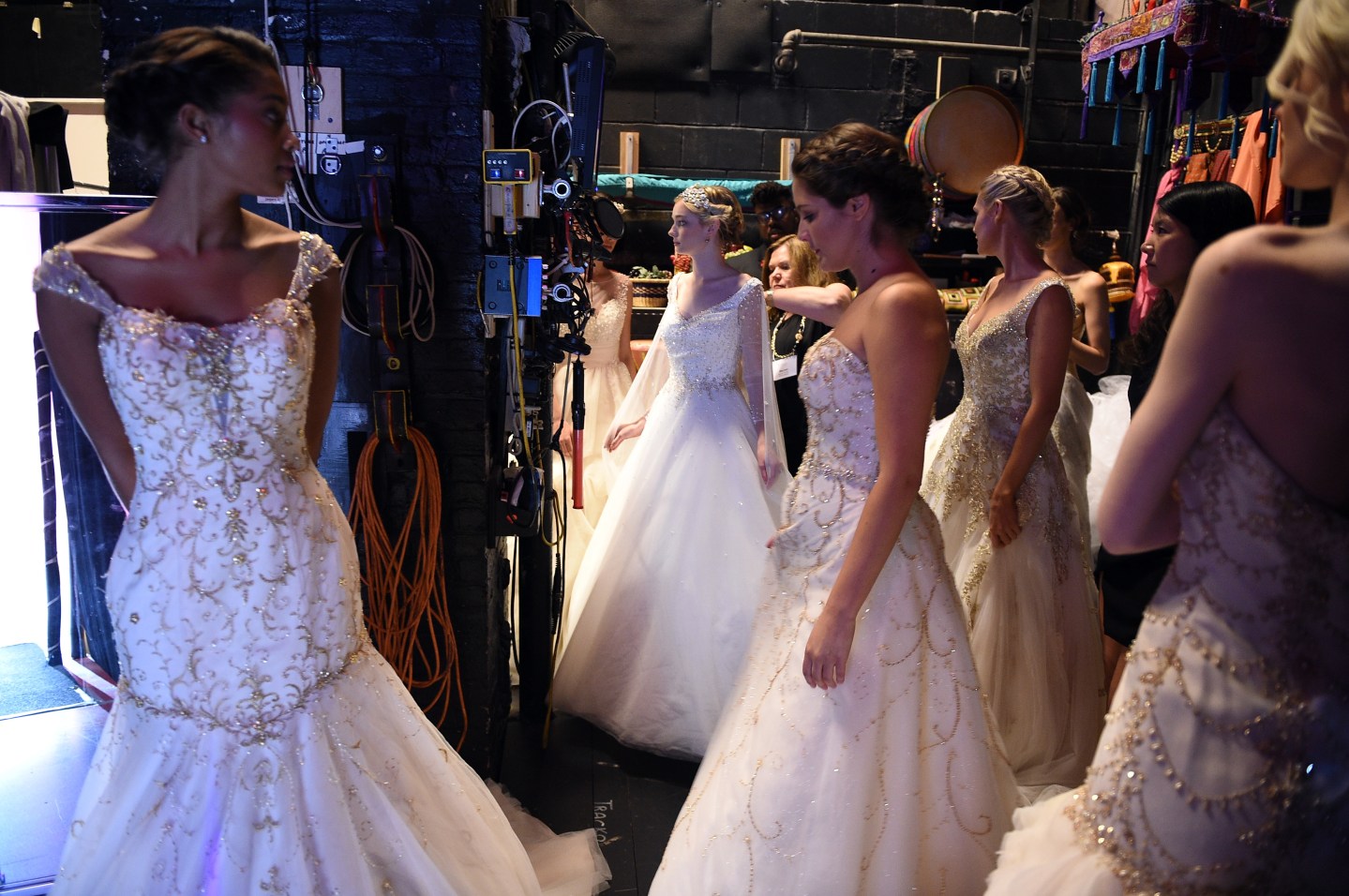 After leaving a trail of panicked brides in the wake of its bankruptcy filing, bridal store Alfred Angelo has finally spoken out.

In a message on its website, the company issued an apology, writing: “We apologize for the inconvenience and hardship resulting from this event. We appreciate your patience. Thank you.”

The company also called for customers wondering about the status of their orders to contact the company’s bankruptcy trustee, Margaret Smith at alfredangelo@mjstrustee.com.

That comes after Alfred Angelo filed for Chapter 7 bankruptcy last week—meaning the company sought to liquidate rather than restructure its debt. Brides who still hadn’t received their orders from the shop with more than 60 locations panicked, wondering whether they’d get their dresses in time for their wedding—or if they would get a refund at all.

In the company’s bankruptcy filing, it revealed that it had no more than $50,000 in assets, but over $50 million in debt, according to the New York Times. The company has been around since the 1930s.

Meanwhile, others on Twitter are also reaching out to brides to volunteer their own dresses:

Meanwhile, the lawyer who is representing Alfred Angelo as it seeks bankruptcy has received over 7,300 emails from brides, according to Patricia Ann Redmond in an interview with the Miami Herald.