The Funniest, Most Awkward, and Firmest G20 Handshakes: Ranked 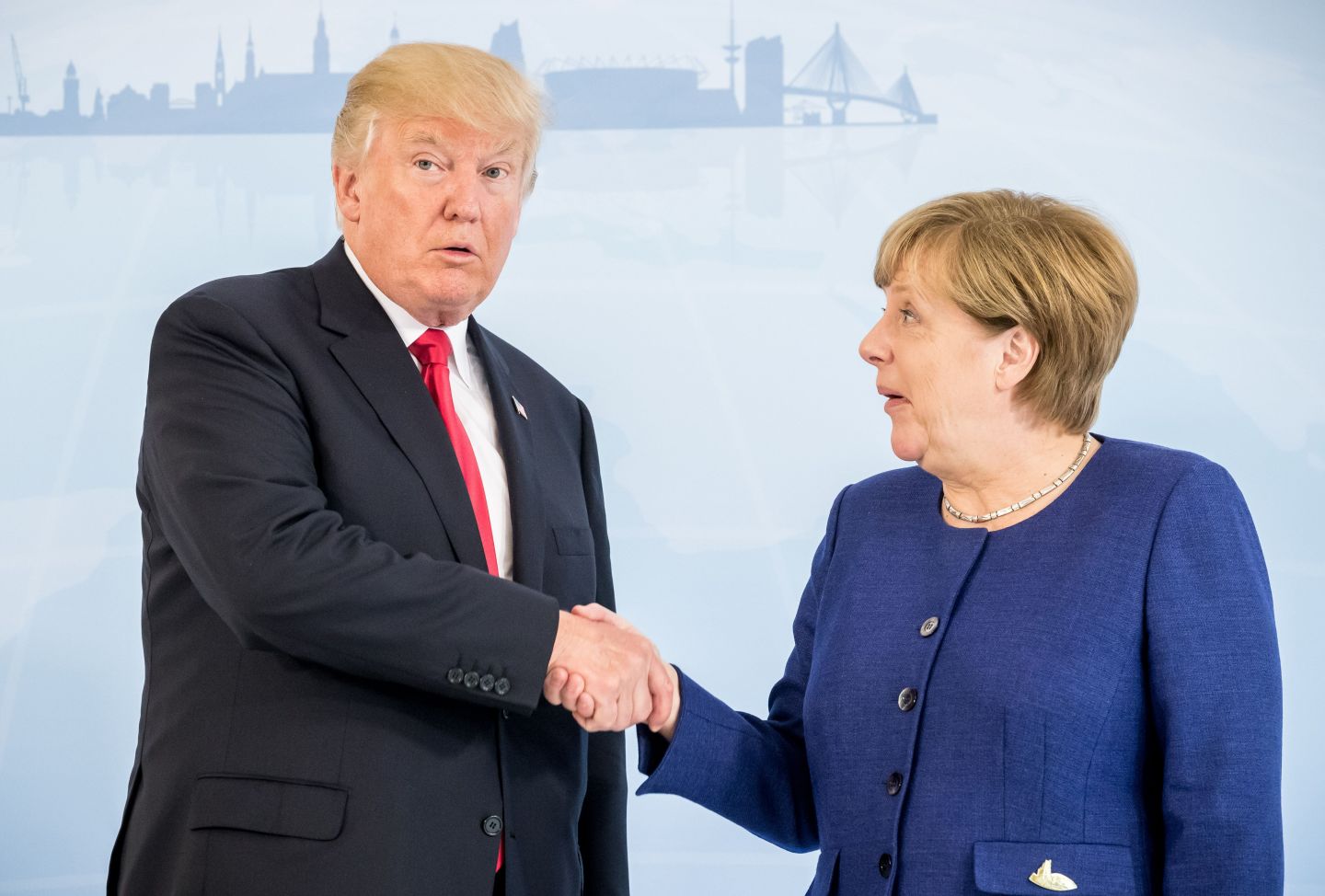 German Chancellor Angela Merkel (R) and US President Donald Trump shake hands prior to a bilateral meeting on the eve of the G20 summit in Hamburg, northern Germany, on July 6, 2017. Leaders of the world's top economies will gather from July 7 to 8, 2017 in Germany for likely the stormiest G20 summit in years, with disagreements ranging from wars to climate change and global trade. / AFP PHOTO / POOL / Michael Kappeler (Photo credit should read MICHAEL KAPPELER/AFP/Getty Images)
Michael Kappeler — AFP/Getty Images

Diplomatic events are always highly choreographed, high-stakes, and laden with pomp—and as such, they often yield some of the internet’s most hilariously awkward human encounters. Remember the time Justin Trudeau tried to shake hands with President Obama and the president of Mexico at the same time? (World leaders—they’re just like us!)

During the G20 summit last weekend, heads of state from the globe’s largest economies gathered to discuss pressing issues for business, the environment, and international relations. And, like any large formal gathering, there were myriad awkward encounters. What can the body language of world leaders tell us about global politics? Probably not that much, but watch Angela Merkel roll her eyes at Vladimir Putin, and it’s hard to say for sure.

What is clear is that the moment where politicians’ body language is the most important and highly scrutinized is the handshake, which has become and art form unto itself in corridors of power. Here, a look at some of our favorites from the last few days.

This photo was taken during Donald Trump’s trip to Poland in the run-up to the G20 Summit in Hamburg. So while not technically a moment from the summit, it still dominated diplomatic handshake headlines. In front of photographers, the first lady of Poland glided past President Trump and his outstretched palm to greet First Lady Melania Trump instead. The Polish president pointed out that she did—seconds later—shake the president’s hand in turn, and called the headlines that she refused “FAKE NEWS” in an English-language tweet.

The hotly awaited meeting between Vladimir Putin and Donald Trump began with a firm handshake and an intense stare from both parties. The image carries even more weight in light of the news this week that Trump’s son, Donald Trump Jr., may have been in contact with Russian interests who claimed to have unflattering information about Hillary Clinton during the election. As more ink is spilled on the topic, you can expect to see this image again.

Another moment that took place on the sidelines of the actual the G20 summit, but that’s still worth including: In Brussels, French Finance Minister Bruno Le Maire bends down slightly to shake hands with the sitting German Finance Minister Schaeuble, but in a universally relatable moment, grasped only his fingers. As France navigates its relationship with the EU under its new president, its relationship with Germany has become increasingly important. EU watchers can hope the nations’ discussions turn out better than the handshake.

4. Merkel and Trump work it out.

These two are known for their rocky public relationship—especially when it comes to shaking hands. In a particularly cringeworthy encounter earlier this year the German chancellor asked Trump, “Do you want to have a handshake?” and received no response. Things seem to have warmed up at least a bit since then.

French President Emmanuel Macron and Chinese President Xi Jinping shake hands at G20. And it looks like Jinping just wants the world to know about it.

Donald Trump looks like he may be channeling a manicurist as he clasps Indonesian President Widodo’s hand in Hamburg.

Despite quirky appearances (is it a hug? a handshake) this encounter was considerably less remarkable than another Merkel-Macron handshake from this summer, when Macron appeared to dodge Trump in an attempt to get to the German leader.

Donald Trump’s famous grip in action during a handshake with Britain’s Theresa May.

Theresa May and Turkey’s Tayyip Erdogan deadpan for the cameras, apparently unfazed by each others’ presence. These are the faces you make when you’ve shaken a whole lot of hands.