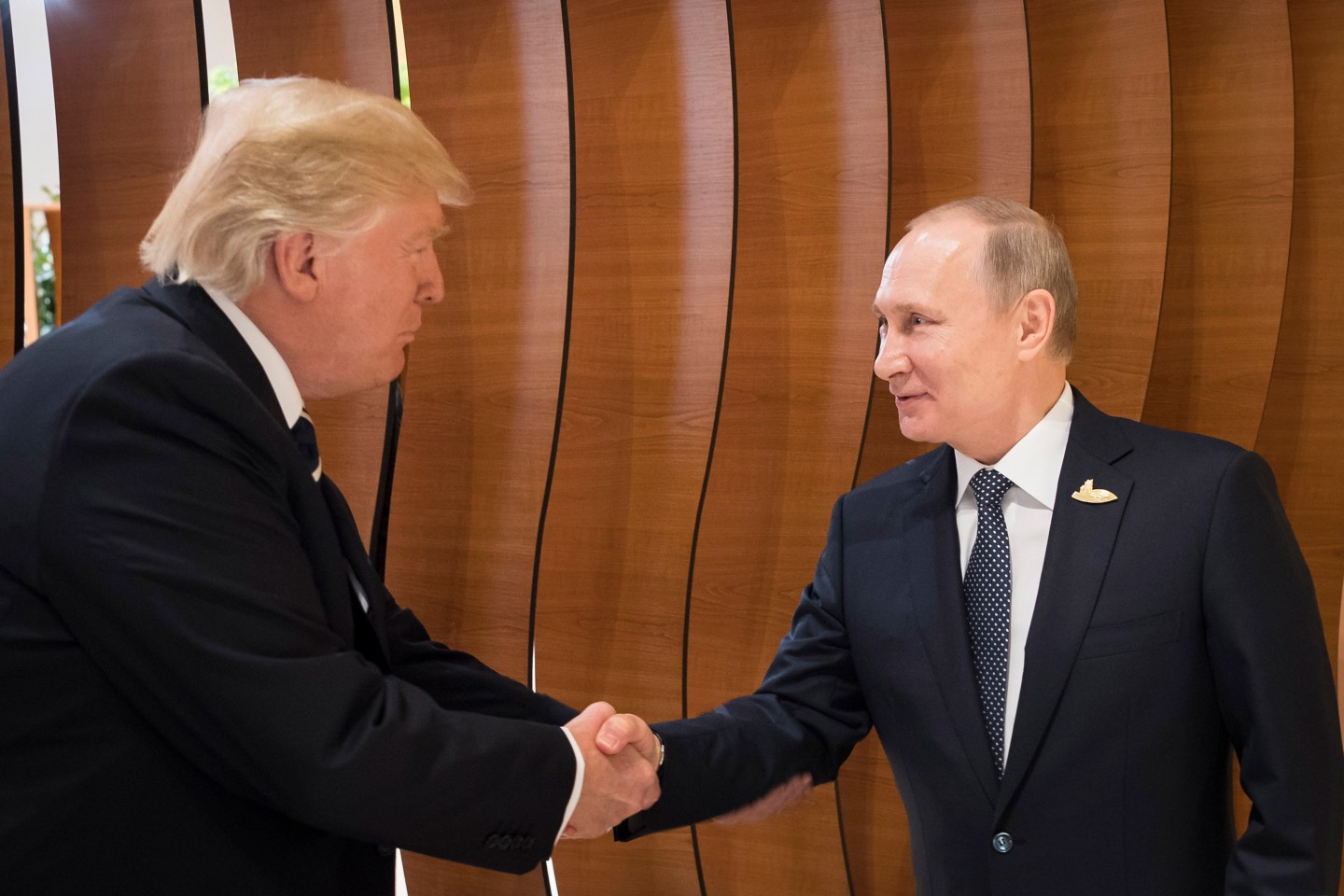 HAMBURG, GERMANY - JULY 07: In this photo provided by the German Government Press Office (BPA) Donald Trump, President of the USA (left), meets Vladimir Putin, President of Russia (right), at the opening of the G20 summit on July 7, 2017 in Hamburg, Germany. The G20 group of nations are meeting July 7-8 and major topics will include climate change and migration. (Photo by Steffen Kugler /BPA via Getty Images)
Getty Images

U.S. President Donald Trump said in a tweet on Sunday that he discussed forming a cyber security unit to guard against election hacking with Russian President Vladimir Putin.

Tweeting after his first meeting with Putin on Saturday, Trump said now was the time to work constructively with Moscow.

“Putin & I discussed forming an impenetrable Cyber Security unit so that election hacking, & many other negative things, will be guarded and safe,” he said following their talks at the G20 summit in Hamburg, Germany.

Trump said he had raised allegations of Russian interference in the 2016 U.S. presidential election. “I strongly pressed President Putin twice about Russian meddling in our election. He vehemently denied it. I’ve already given my opinion…..”

He added: “We negotiated a ceasefire in parts of Syria which will save lives. Now it is time to move forward in working constructively with Russia!”