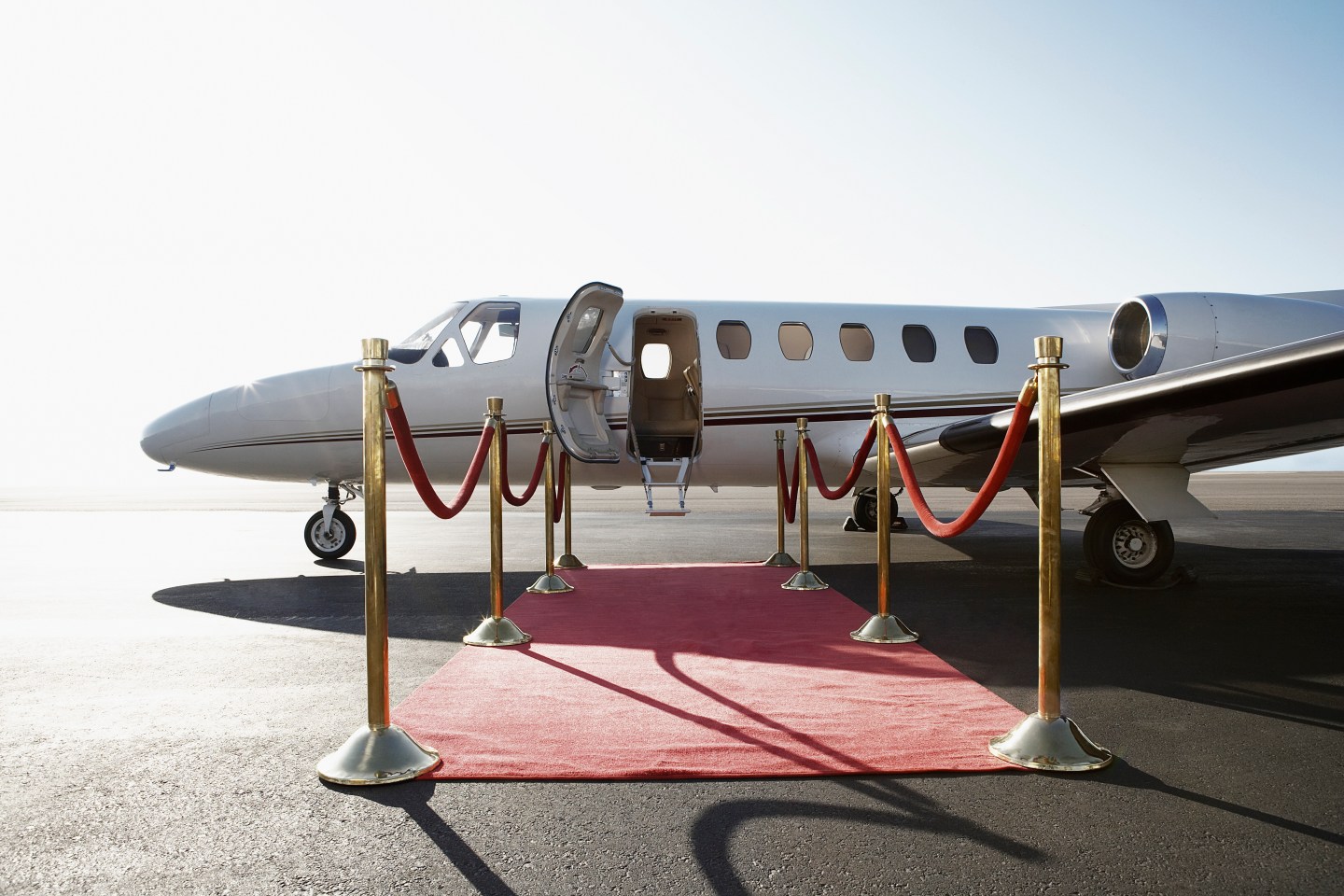 Frequent flying is about to be taken to a new level with the European launch of Surf Air, a subscription service that lets members fly unlimited trips on a private jet for a monthly fee.

The service first launched in California, where members could fly as many trips as they wanted between destinations like Los Angeles, San Francisco, and Lake Tahoe for a flat monthly fee of $1,950, in addition to a one-time new member fee.

Since the flights are often not run out of commercial airports and are within one country, users could book on a smartphone app and simply show up 15 minutes before takeoff. Surf Air conducts security screenings of all of its members, so they don’t have to go through security at the airport.

Surf Air just made its debut in Europe, scheduled to take its maiden voyage Monday from London to Ibiza, Spain. The company plans to quickly add destinations such as Cannes, Zurich, Geneva and Milan, Reuters reported.

The subscription package is marketed toward business passengers, as the 1,950 pound per month (approximately $2,230) cuts down on wait times at airports. While the price tag may seem steep, last minute flights between short haul destinations in Europe can run well over $400 roundtrip, even on discount airlines.

Surf Air in Europe currently has one jet and plans to add at least a dozen Pilatus aircraft in the next three to five years, according to the same Reuters report.

The jets are equipped with reclining seats, work tables, and USB ports. Passengers can help themselves to unlimited drinks and food onboard, as there is no flight crew, the Independent reported.

“Our model is the future of air travel,” European CEO Simon Talling-Smith, told the Independent. “It’s flying without the bad bits.”

This article originally appeared on TravelandLeisure.com