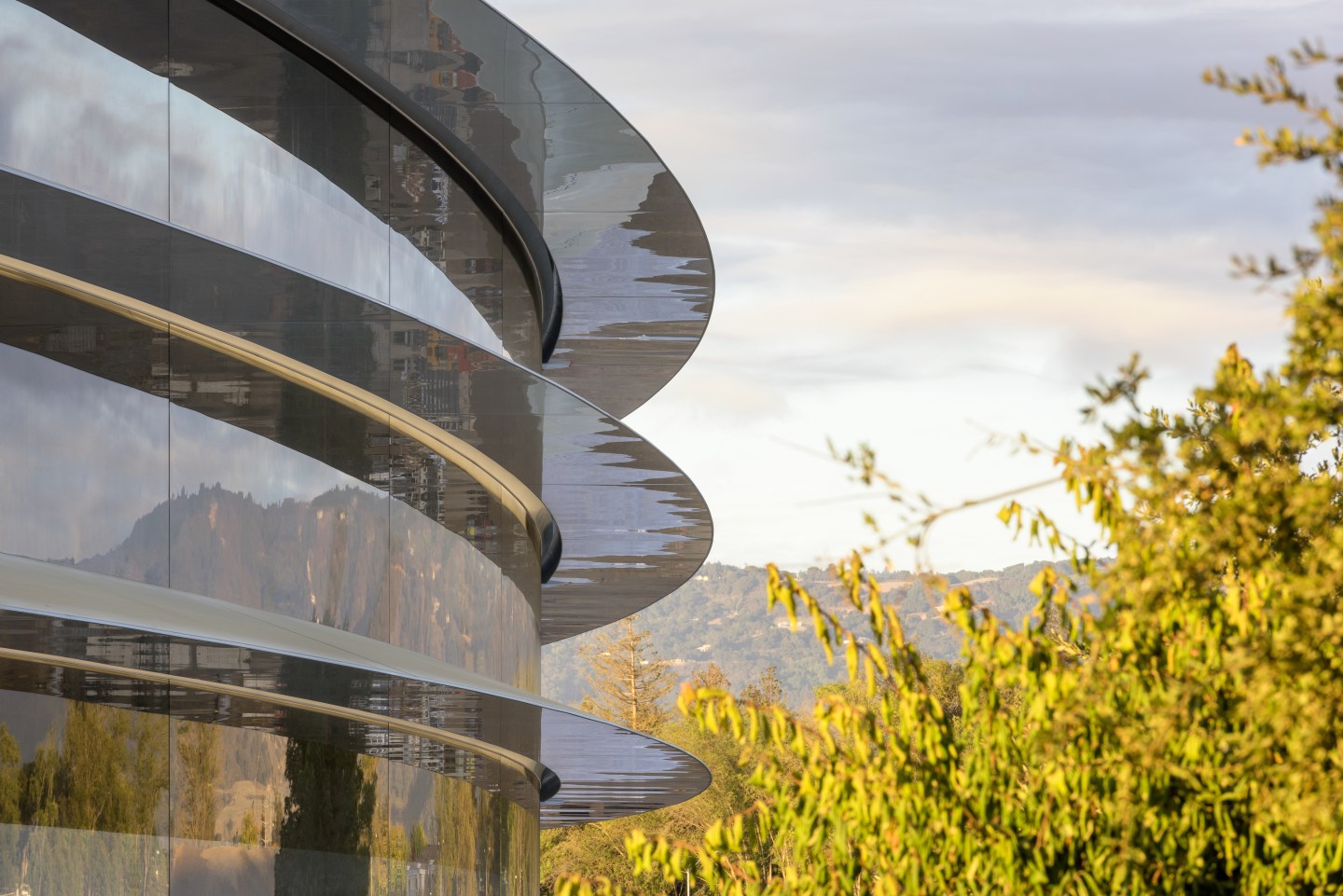 Documentarian Duncan Sinfeld over the weekend released his latest drone flyover footage of Apple Park. Sinfeld, who has been chronicling the Apple headquarters construction since the beginning, shared a video that suggests Apple Park is nearing its completion.

First up, Sinfeld went around the Ring, the campus’ main building. The building, which spans 2.8 million square feet, looks nearly done, with solar panels atop and construction crews putting the finishing touches on different parts of the building. Inside the ring, crews are planting trees around different places for employees to congregate and walk. Inside the Ring is still covered in dirt, but the additional vegetation makes it feel less like a construction site and more like a campus ready for employees.

From there, Sinfeld turned his attention to Steve Jobs Theater, the underground auditorium planned for Apple Park where the company is expected to unveil some of its biggest products.

While construction crews were still lining the theater, Sinfeld arguably captured the best look yet at what the inside might look like. In the video, which was captured at dawn, the theater’s lights are on, revealing wrapping staircases that will bring people downstairs to the 1,000-person auditorium.

And like the Ring, the Steve Jobs Theater now has some trees lining its walls. Roads around Apple Park are paved but the traffic lights aren’t yet on, and cranes are still dotting the landscape as crews finish up some last-minute tasks.

Overall, though, this is the best look yet at Apple Park, and it appears it’s nearly ready for the 12,000 employees Apple plans to move there.