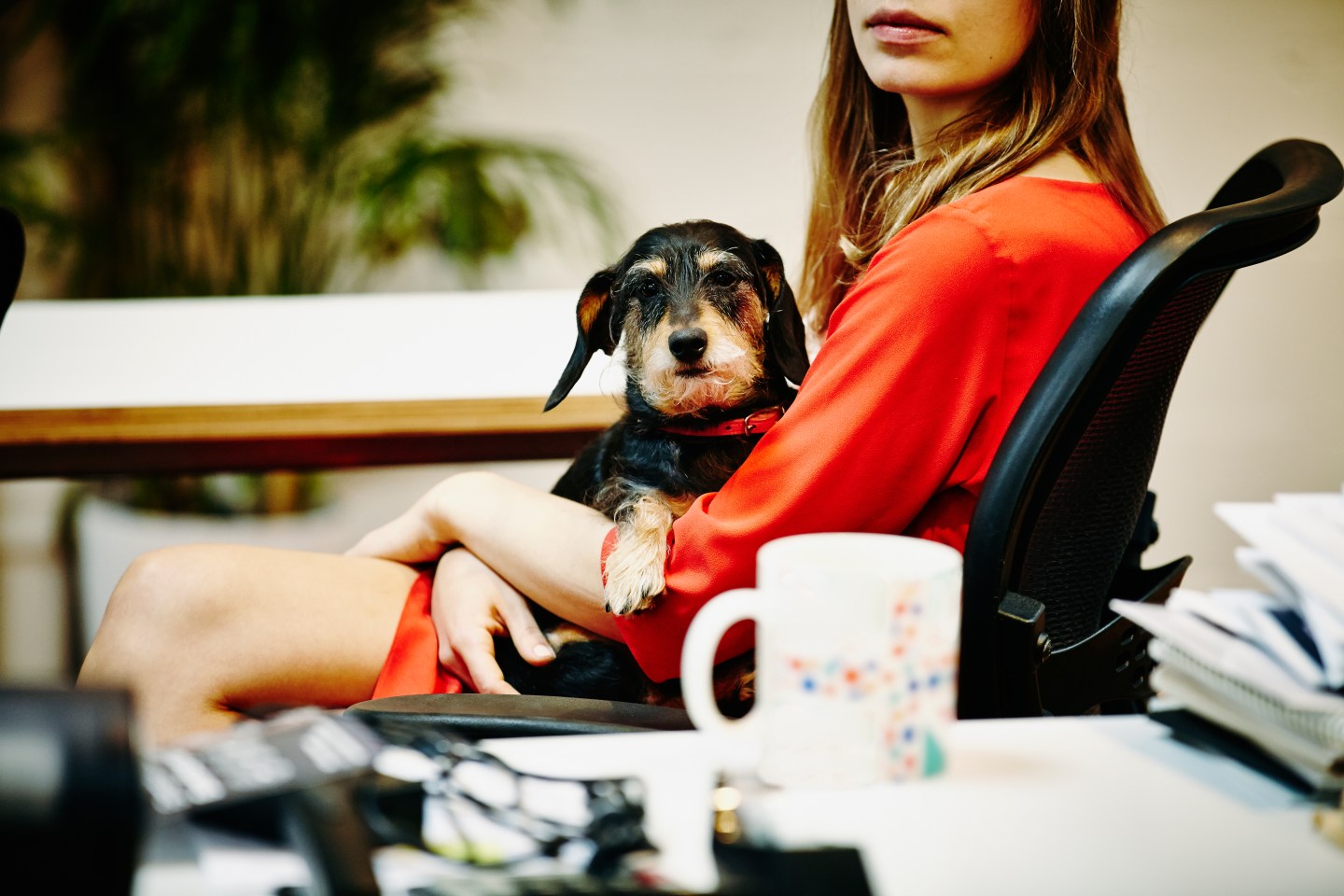 Dogs all over the United States donned ties, attended meetings and worked hard for National Take Your Dog to Work Day, a treat of a holiday in which pet owners bring their pups to the office.

Established in 1999, Take Your Dog to Work Day has grown in popularity in recent years as more workplaces have opened up to allowing employees to bring their pets to the office. According to the 2016 Society for Human Resource Management survey, about 7% of employers allowed pets in the workplace, which was down from 8% of workplaces in 2015, but still up from the 4% that allowed pets in 2014.

Bringing pets to work has been found to be a positive influence.

For example, bringing pets to work reduced stress and guilt about leaving them at home and added to better work-life balance.

Although it could be a while before most companies in the U.S. will open their doors to pets on a permanent basis, for one day a year, dogs can enjoy hustling like their humans.

Check out the dogs at work below.

Sorry I couldn't resist, but he looked so professional in the tie #BringYourDogToWorkDay @NHBC pic.twitter.com/WpfCb8dPxm

#BringYourDogToWorkDay is all fun and games until someone gets stuck behind a glass door! :) @RBAConsulting pic.twitter.com/WOxQwu3axc

Our friend Lola getting ready for a retail display installation #BringYourDogToWorkDay ☺️ pic.twitter.com/6KITNpNkCc