Johnny Depp Made a Bizarre Joke About Assassinating the President 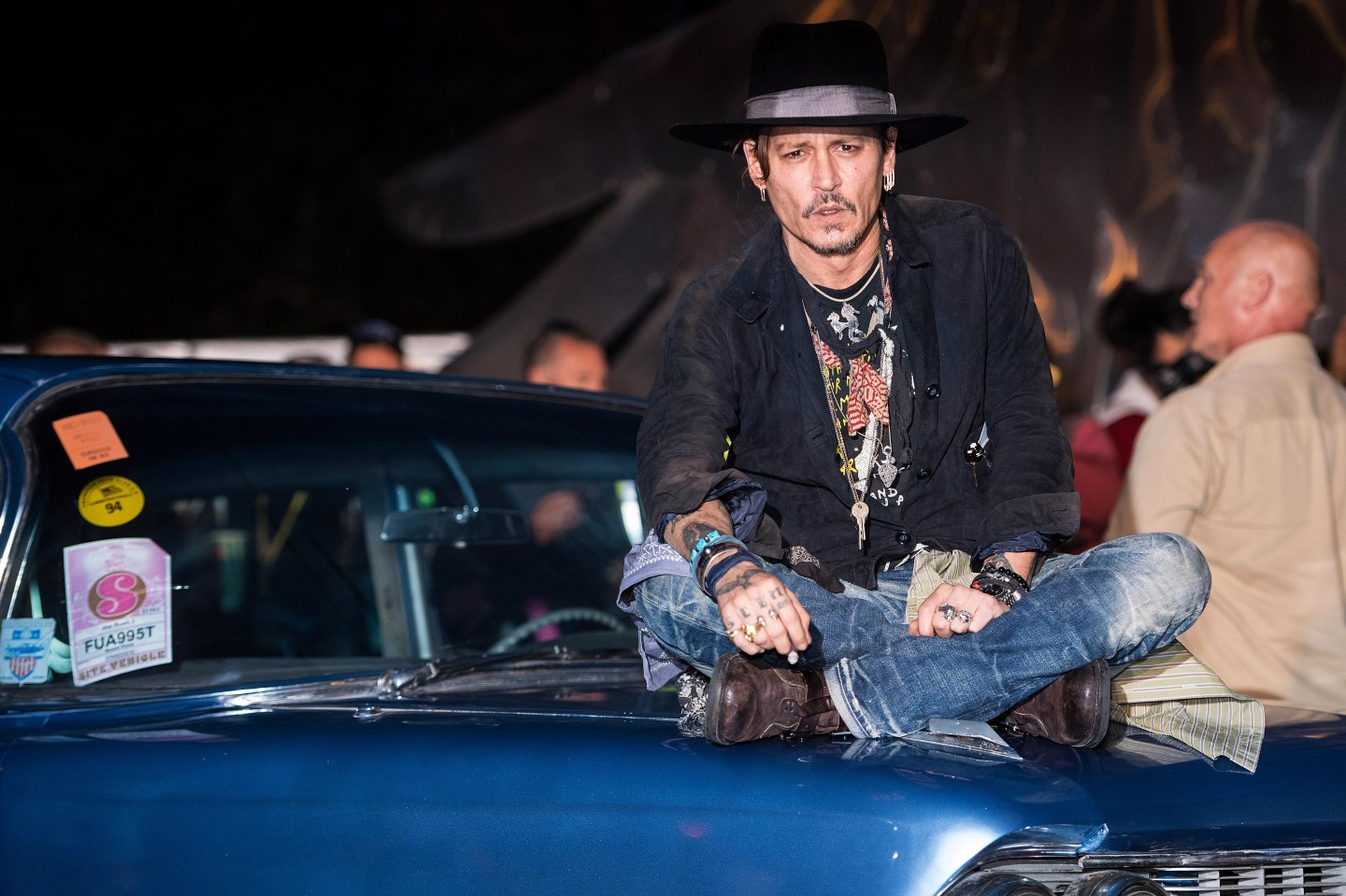 GLASTONBURY, ENGLAND - JUNE 22: Johnny Depp indruduces a screening of "The Libertine" film at the Cineramageddon cinema on day 1 of the Glastonbury Festival 2017 at Worthy Farm, Pilton on June 22, 2017 in Glastonbury, England. (Photo by Ian Gavan/Getty Images)
Ian Gavan—Getty Images

Pirates of the Caribbean star Johnny Depp could find himself in deep water after joking about Donald Trump and presidential assassinations at the Glastonbury Festival.

“Can we bring Trump here?” Depp asked a crowd of attendees Thursday while introducing a screening of his 2004 film The Libertine. “I think he needs help.”

The 54-year-old actor continued, “This is going to be in the press and it’ll be horrible. But I like that you’re all a part of it.” Then, in an apparent reference to John Wilkes Booth, Depp said, “When was the last time an actor assassinated a president?”

Video from the event indicates that Depp’s remarks drew mostly cheers, and some jeers. “I want to clarify, I’m not an actor,” he added. “I lie for a living.”

Depp has not been shy about his disapproval of Trump in the past. Last year he portrayed Trump in a satirical biopic for Funny or Die, denounced him as “a brat,” and predicted he would be “the actual last President of the United States” if elected.

A representative for Depp did not immediately respond to EW’s request for comment.

This story first appeared on Ew.com.