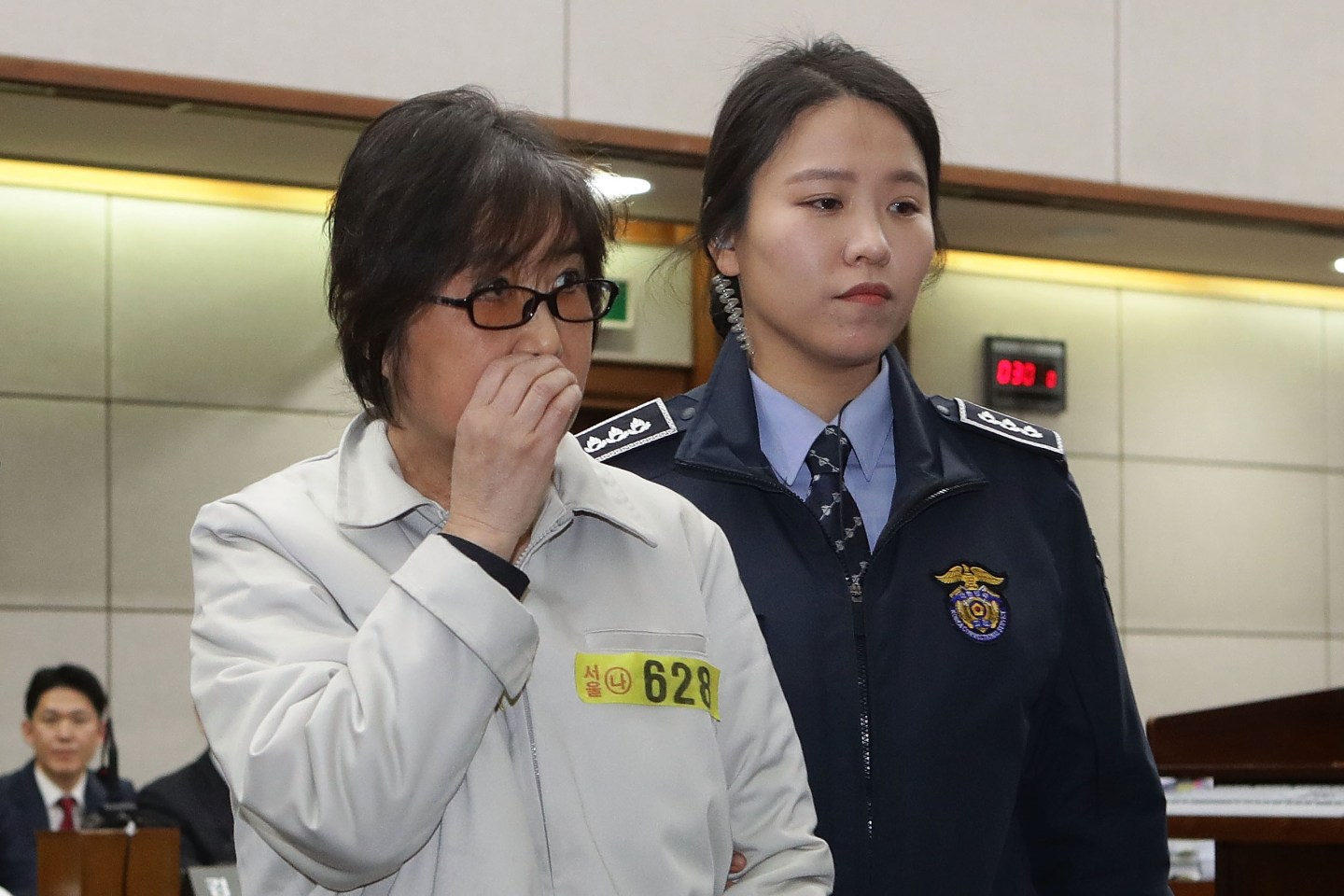 The friend of former South Korean leader Park Geun-hye, who was at the centre of an influence-peddling scandal that rocked the country’s business and political elite, has been sentenced to three years in jail, Yonhap News Agency reported on Friday.

The court decision was the first ruling against Choi Soon-sil, a long-time confidante of the ousted South Korean president, who has been arrested and is being held in jail over the corruption scandal that ended her administration.

Prosecutors had demanded a seven-year jail term for Choi on charges of obstruction of business and links to Park in order to force a university to give her daughter preferential treatment.

In the sentencing ruling cited by Yonhap, the Seoul Central District Court said it “accepts the evidence that Choi conspired with school officials to give her daughter favours”.

“Choi violated laws and proper procedures to benefit her daughter,” the court said. Reuters was not able to reach court officials immediately to confirm the report.

Choi also faces separate charges, which have yet to be heard, of extortion, abuse of power and attempted fraud to extort bribes from business conglomerates. She and Park have denied all charges against them.

Prosecutors accused Choi of facilitating her daughter’s admission to the prestigious Ewha Women’s University and conspiring with the faculty there to have her daughter’s academic records altered despite poor class attendance and plagiarised reports.

The court also sentenced the president of the university to two years in prison, Yonhap reported.

Choi’s 20-year-old daughter, Chung Yoo-ra, an Asian Games equestrian gold medallist, fled to Europe last year. She returned to South Korea earlier this month and claimed that she wanted to clear up any misunderstandings.

Prosecutors have twice sought an arrest warrant for Chung to detain her over the corruption scandal, alleging that Samsung Electronics (SSNLF) had provided her with financial assistance to sponsor her equestrian training.

Chung has denied any involvement and had said she was unaware of how Samsung’s sponsorship had influenced her equestrian career. However, she later acknowledged during questioning that she knew about Samsung being her patron and that her mother had asked her to keep it secret.

The court denied prosecutors’ requests to arrest Chung while her mother, Park, and Samsung Group chief Jay Y. Lee were being held in detention. Lee also denies all charges against him.