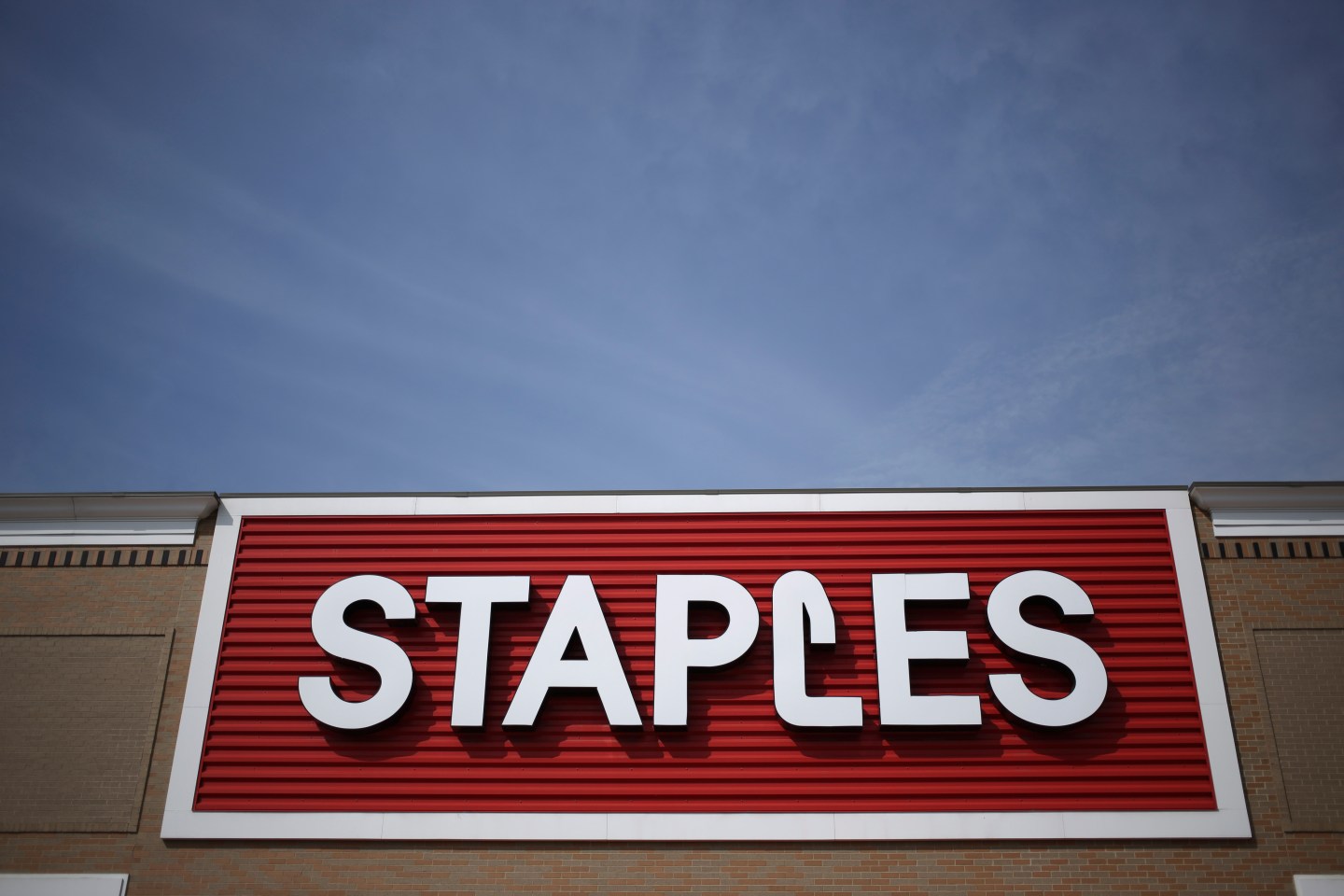 Signage is displayed outside a Staples Inc. store in Louisville, Kentucky, U.S., on Friday, May 15, 2015. Staples Inc. is expected to release first-quarter earnings results on Wednesday, May 20. Photographer: Luke Sharrett/Bloomberg via Getty Images
Luke Sharrett—Bloomberg/Getty Images

Private equity firm Sycamore Partners is in advanced talks to acquire Staples (SPLS) following an auction for the U.S. office supplies retailer, people familiar with the matter said on Wednesday, in a deal that could top $6 billion.

The acquisition would come a year after a U.S. federal judge thwarted a merger between Staples and peer Office Depot (ODP) on antitrust grounds.

It would represent a bet by Sycamore that Staples could more quickly shift its business model from serving consumers to catering to companies if it were to go private.

Sycamore is in the process of finalizing a debt financing package for its bid for Staples after it prevailed over another private equity firm, Cerberus Capital Management, three sources said.

An agreement could be announced as early as next week, though negotiations betweenSycamore and Staples are continuing and there is still a possibility that deal discussions could fall apart, the sources added.

The sources asked not to be identified because the negotiations are confidential. Framingham, Massachusetts-based Staples and New York-based Sycamore declined to comment. Cerberus, which is also based in New York, did not immediately respond to a request for comment.

Staples, which made its name selling paper, pens and other supplies in retail stores, reported a smaller-than-expected fall in first-quarter comparable sales last month, while its profit met analyst estimates, helped by a growth in demand for facilities, breakroom supplies and technology solutions.

Private-equity acquisitions of retailers have become increasingly rare, as the investment firms worry about increasing headwinds facing the industry and their portfolio companies struggle with the debt burden left behind from leveraged buyouts. Retail deals comprised the smallest share of mergers and acquisitions in the first quarter of the year, according to Thomson Reuters data.

A number of private equity-backed retailers, from Sports Authority to Payless ShoeSource, have filed for bankruptcy in the last two years.