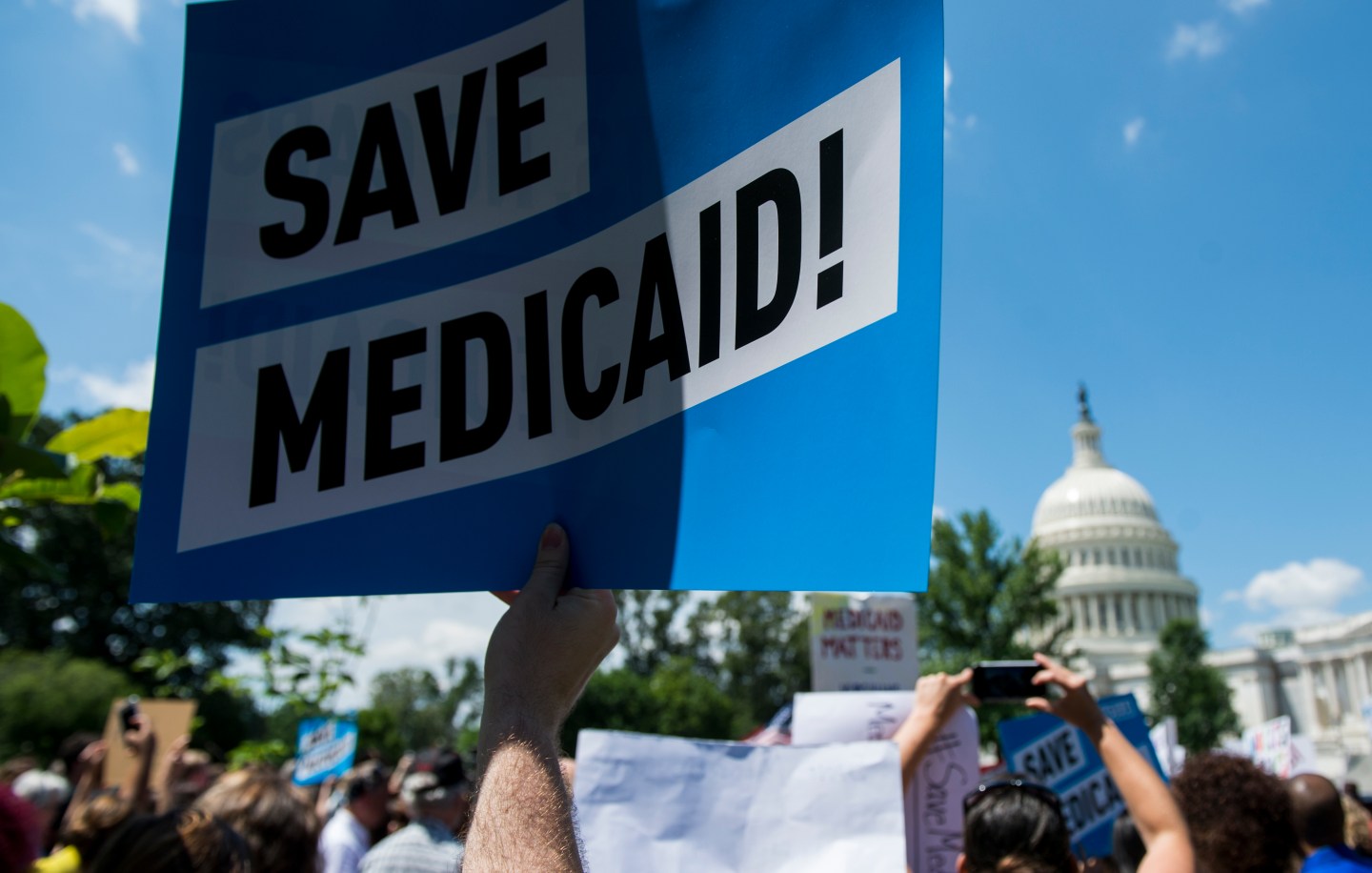 A healthcare bill being unveiled by U.S. Senate Republicans on Thursday is expected to roll back the Obamacare expansion of the Medicaid healthcare program for the poor and reshape subsidies to low-income people buying private insurance.

Those subsidies are expected to be linked to recipients’ income, a “major improvement” from a healthcare overhaul bill passed in the House of Representatives that tied them solely to age, Republican Senator Susan Collins said on Wednesday.

The Washington Post reported that the bill would also repeal most of the taxes that pay for the Affordable Care Act, popularly known as Obamacare, give states wider latitude to opt out of its regulations and eliminate federal funding for Planned Parenthood, a healthcare provider that offers abortion services.

The healthcare bill will be released to the Republican Senate Conference on Thursday morning and posted online, senators said. A vote could come as soon as next week, several senators said.

Obamacare extended insurance coverage to millions of Americans through both subsidized private insurance and an expansion of Medicaid.

“There is an urgency to get this done because of the continued collapse of the Obama healthcare law,” Senator John Barrasso, a member of the Senate Republican leadership, told CNN. “People across the country are suffering pain and the pain is getting worse as insurance companies are pulling out.”

Democrats accuse Republicans of sabotaging Obamacare, and say the Republican healthcare bill is aimed at cutting taxes for the wealthy.

Democratic Senator Patty Murray of Washington said in a statement that leaked details of the bill indicated it was “every bit as devastating for families’ bank accounts and healthcare coverage as the disastrous bill that passed in the House.”

President Donald Trump and fellow Republicans campaigned last year on a pledge to replace and repeal Obamacare, which they described as ineffective and government intrusion in a key sector of the economy.

Some Republican senators voiced concern on Wednesday about the rush to consider the major legislation as their party’s leaders prepare to unveil it.

Republican Senator Ron Johnson of Wisconsin said he wanted to read the bill and discuss it with constituents before he votes. “I’d find it hard to believe we’ll have enough time,” he said, adding that if he did not get enough information, “I won’t be voting yes.”

Democrats hoping to block the healthcare measure in the Republican-led Senate need at least two Republicans to defect. The Democrats have criticized the behind-the-scenes meetings, and blocked Senate committees on Wednesday from meeting for over two hours in protest.

Senate Majority Leader Mitch McConnell, defending the closed-door sessions, has said all Senate Republicans have had a chance to participate in meetings on the bill, and that Democrats are not interested in overhauling Obamacare.

Once the plan is unveiled, Senate Republicans will face a skeptical public that thinks the House version would be harmful for low-income Americans and people with pre-existing health conditions, according to a Reuters/Ipsos poll released on Wednesday.

Trump told a rally in Iowa on Wednesday night that he hoped the Senate would come up with a “really good” bill. “I’ve been talking about a plan with heart,” Trump said. He had privately called the House legislation “mean,” according to congressional sources.

Several weeks of negotiations over the bill have been plagued by tensions between moderates and conservatives. Much of the battle has been over how quickly to phase out the Medicaid expansion that took place under Obamacare. Moderates favored a seven-year phase-out, but the Senate leadership proposed three years starting in 2020.

There was also an argument over Medicaid’s growth rate going forward, with conservatives favoring lowering the growth rate in 2025. “That’s what we’re told it might be,” said Republican Senator Bill Cassidy of Louisiana.

Cassidy said senators had also been told the legislation would continue funding cost-sharing subsidies made available to help low-income Americans under Obamacare “for a couple of years.”

Collins, a moderate Republican from Maine, said she wanted to read an assessment by the nonpartisan Congressional Budget Office on its impact on cost and insurance coverage before making her decision.

“The first concern is how many people will lose coverage and what do the demographics of that group look like,” she said.

An estimated 23 million people could lose their healthcare under a similar plan narrowly passed last month by the Republican-controlled House, according to the CBO.