See the Massive ‘Rockefeller Emerald’ That Could Sell for $6 Million 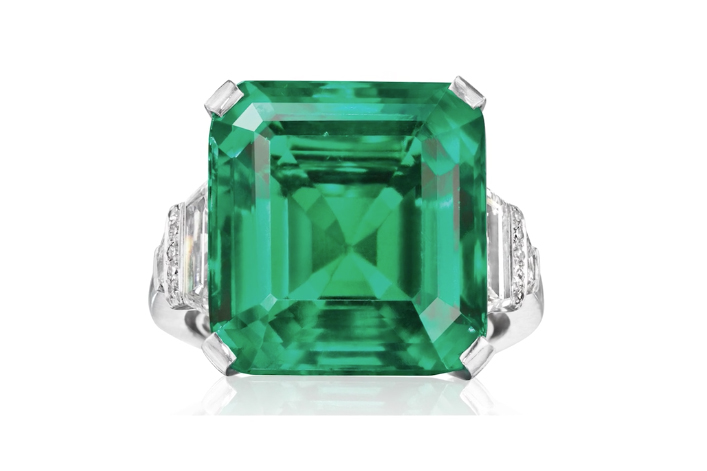 An 18.04 carat Colombian emerald once owned by the Rockefeller family could sell for as much as $6 million at Christie’s Magnificent Jewel auction in New York Tuesday.

According to Christie’s, John D. Rockefeller Jr. first acquired the octagonal step-cut emerald in 1930 to form part of a brooch for his wife, Abby Aldrich Rockefeller. When Abby died in 1948, individual emeralds from the brooch were distributed among the Rockefeller children. The central emerald — the one being auctioned— was given to David Rockefeller, who had it mounted on a ring.

The emerald is expected to sell for between $4 million and $6 million.

The American Gemological Laboratories (AGL) describes the jewel as “exceptional,” adding that it’s an “unusual combination of size, provenance, absence of treatment and quality factors [that contribute] favorably to its rarity and desirability.”

The name it’s attached to is also a major selling point.

“The Rockefellers are like American royalty,” Rahul Kadakia, Christie’s International Head of Jewellery, in a statement. “The provenance will also add a lot more to the emerald than just what it’s worth.”