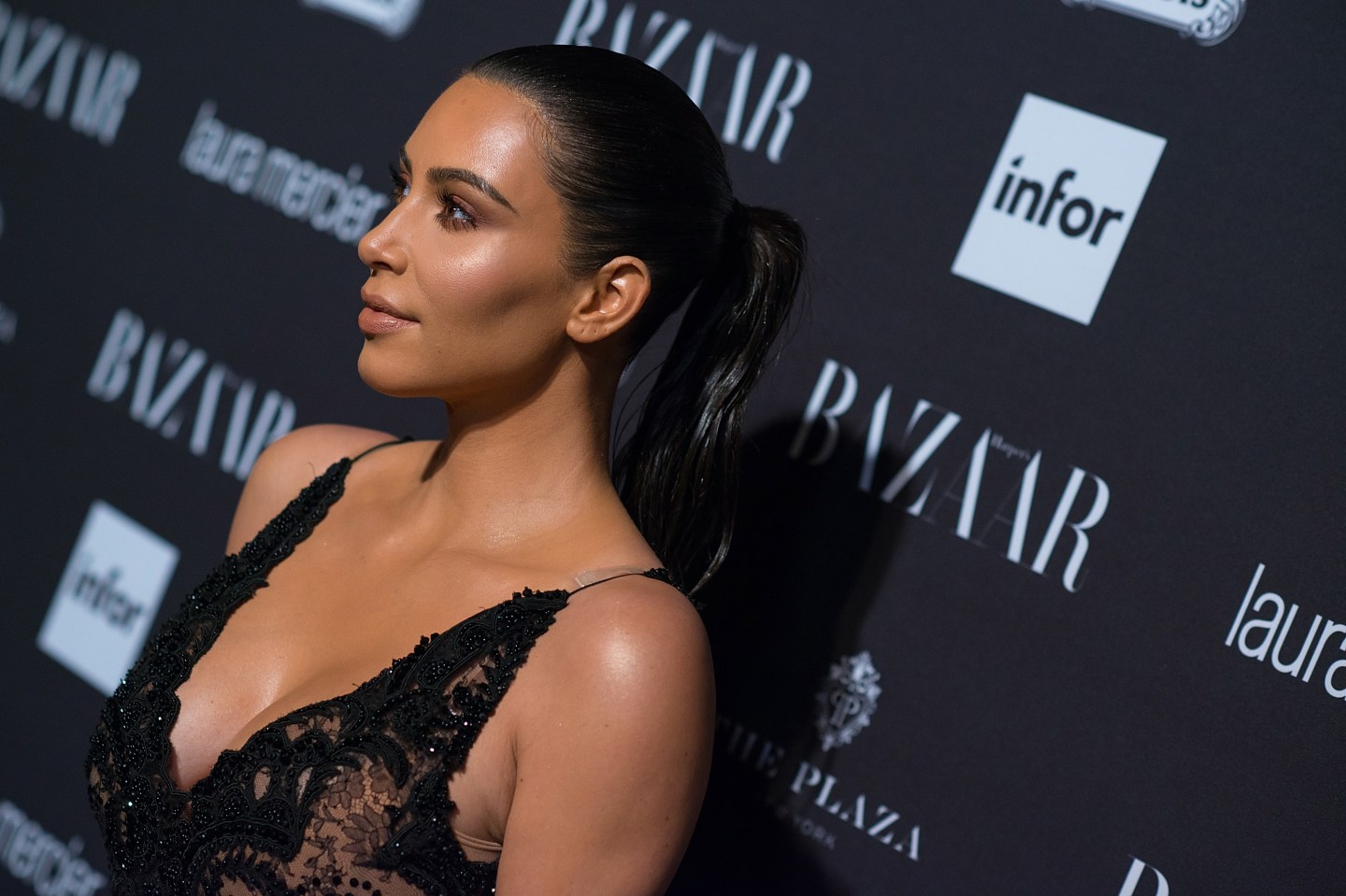 Kim Kardashian is famous for “breaking the internet.” Will she do it again with her new makeup line, KKW Beauty?

The reality star is launching the line’s first product, a contour and highlighting kit, Wednesday. Industry sources tell the LA Times that they expect all 300,000 of the $48 kits to sell out in less than five minutes, raking in $14.4 million in sales. That would mirror the success Kardashian experienced in April when she teamed up with her sister, Kylie Jenner, to create KKW x Kylie cream liquid lipsticks. Those kits, which sold for $45 each, sold out within minutes, accounting for $13.5 million in sales, according to the Times.

The 36-year-old has been building a buzz for the release of her new line with her 101 million Instagram followers, posting sneak peeks at packaging, makeup shades, and campaign photos. Some of those photos landed Kardashian in hot water over accusations that she’d darkened her skin, or as some viewers perceived it, donned blackface. The star came forward to defend her photo, telling the New York Times that her appearance in the image was a combination of being “really tan” and harsh contrasting. She added that the photos have since been adjusted.

I’m so in love with these shades! I use the medium and dark kits depending on whether I’m going for a natural daytime look or I want a more dramatic contour for the evening. @KKWBEAUTY

According to her Instagram, the contour formula comes in light, medium, dark, and deep dark shades as well as matte and shimmer. Kardashian has also used Snapchat to promote the brand, using the platform to offer followers a preview of her KKW Beauty fragrance.

The beauty line is far from Kardashian’s first foray into business. She has her own production company, Kimsaprincess LLC, co-founded of e-commerce site ShoeDazzle, and is the co-owner of DASH clothing boutiques. Not all have succeeded: Las Vegas store Kardashian Khaos was shuttered in 2014, while Sears dropped the Kardashian Kollection in 2015.

Both Kardashian’s new line and Kylie Jenner’s makeup kits are produced by Seed Beauty, though Kardashian says that the two brands are targeting different audiences. “A lot of my stuff is going to be for skin. I’m trying to mirror skin care with makeup,” she told Women’s Wear Daily.”It’s going to be a different vibe; it’s not going to be a full color cosmetics range with shadows and all that to start. I will probably do some kits here and there of specific makeup looks I’ve done and keep it within the looks.”