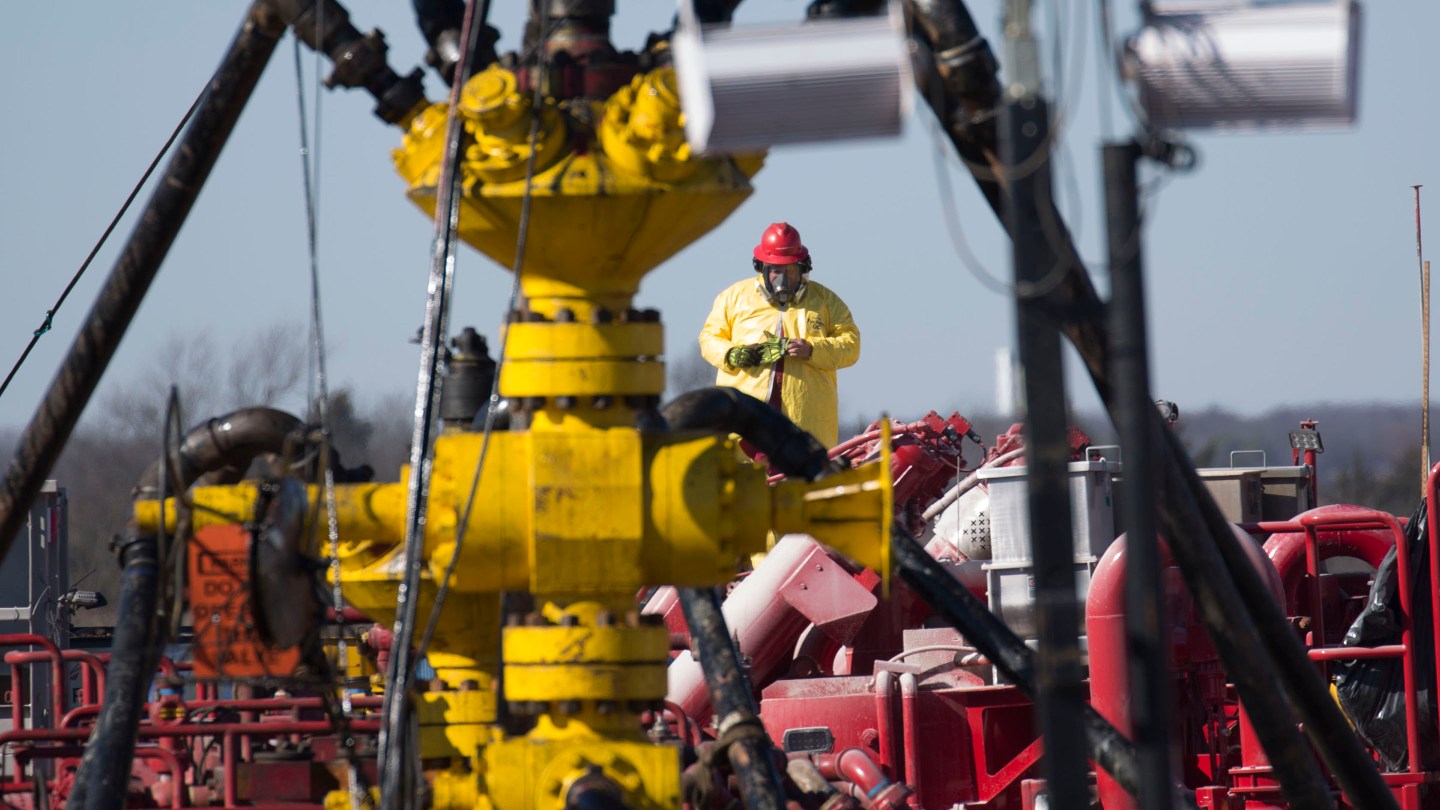 U.S. oil and gas company EQT Corp (EQT) said on Monday it would buy Rice Energy (RICE) for $6.7 billion (5.24 billion pounds) in its biggest deal ever, as it looks to expand its natural gas business.

The deal comes at a time when U.S. energy firms are pumping in money to develop facilities in gas-rich states like Pennsylvania, West Virginia and Ohio as the country prepares to become the world’s top natural gas exporter.

EQT said it would be able to drill longer horizontal wells in Pennsylvania after the deal as most of the acquired acreage is next to where EQT already drills or owns land.

“EQT is a decade behind in fracking technology used by industry leaders in Marcellus/Utica,” said Dallas Salazar, CEO of energy consulting firm Atlas Consulting. “EQT needs a lot – and Rice offers a lot of what it needs.”

EQT has been buying acreage in the Marcellus shale field – where gas is among the cheapest in the country. Most recently it picked up 53,400 acres in the field from Stone Energy.

EQT said the acquisition would increase its 2017 average sales volume by 1.3 billion cubic feet equivalent per day (bcfe/d) and its core acres in the Marcellus field by 187,000 to 670,000.

The deal would also give the company access to Rice Energy’s midstream assets, including a 92% interest in Rice Midstream. EQT will take on about $1.5 billion in debt.

Rice Energy shareholders will receive $5.30 per share in cash and 0.37 EQT shares for each share they hold, EQT said.

The offer translates to a price of $27.05 per Rice Energy share, representing a premium of 37.4% to the stock’s Friday closing price, according to Reuters calculations.