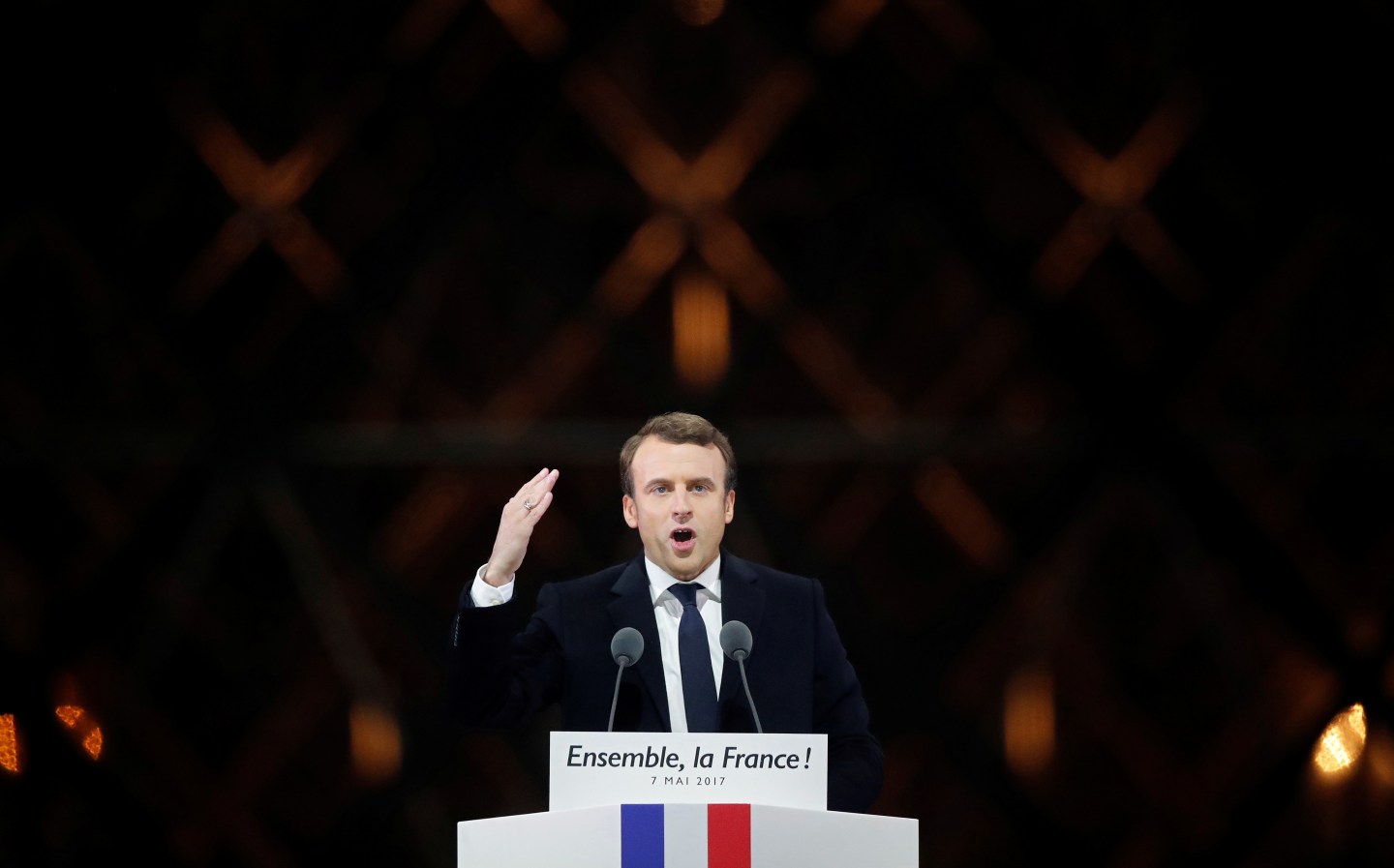 The result, if confirmed, redraws France’s political landscape, humiliating the Socialist and conservative parties which alternated in power for decades until Macron’s election in May.

Two pollsters projected that Macron’s Republic on the Move (LREM) and its Modem allies would win 355-360 seats in the 577-seat lower house, lower than previously forecast.

A third poll by Elabe initially showed a far bigger majority, projecting 395-425 seats for the Macron alliance, but later brought down its forecast to 373-403.

The three projections predicted the conservative Republicans and their allies would form the largest opposition bloc with 107-133 seats, while the Socialist Party, in power for the last five years, and its partners would secure 30-49 seats, their lowest ever.

“Tonight, the collapse of the Socialist Party is beyond doubt. The president of the Republic has all the powers,” Jean-Christophe Cambadelis said after announcing he would step down as party chief.

He said the party would have to rebuild itself from the top down. Cambadelis was knocked out of the running for parliament in last week’s first round of voting.

Far-right leader Marine Le Pen won a seat in the French Assembly for the first time and the polls showed her National Front winning four to eight seats.

But it suffered early disappointments, with its deputy leader failing to win in his constituency.

The scale of the majority hands Macron, a pro-European Union centrist, a strong platform from which to make good on campaign promises to revive France’s fortunes by cleaning up politics and relaxing regulations that investors say shackle the euro zone’s second-biggest economy.

Voter turnout was projected to be a record low for parliamentary elections in the post-war Fifth Republic, at about 42 percent.

The high abstention rate underlines that Macron may yet have to tread carefully with reforms in a country with muscular trade unions and a history of street protests that have forced many a past government to dilute new legislation.

Macron’s win in parliament marks the routing of the old political class.

In a country where powerful politicians traditionally held their seats for decades, LREM’s lawmakers are a blend of seasoned veterans and political novices. Half its candidates were women and many came from African and Middle Eastern immigrant backgrounds.

Macron’s rivals went into the second round trying only to limit the scale of the newcomer’s win. They urged voters not to allow too much power to be concentrated in the hands of one party and warned Macron’s MPs would be mere yes-men who would rubber-stamp legislation.

It appeared the message had some impact. Polls ahead of the vote had projected Macron could win as many as 470 seats.

Francois Baroin, who led The Republicans’ campaign, said the conservatives would show their differences with Macron, especially on taxes.

The huge majority gives Macron a robust mandate for reforms that include cutting tens of thousands of public sector jobs, making it easier for companies to hire and fire and capping redundancy packages.

However, the low voter turnout, and the large numbers of voters who backed candidates from the far right and far left over Macron in the presidential election earlier this year, suggest large swathes of the population have little enthusiasm for such change.

France’s youngest leader since Napoleon, Macron emerged from relative obscurity to score a thumping win in the presidential election in May.

Having never held elected office, he seized on the growing resentment towards a political elite perceived as out of touch, and on public frustration at their failure to create jobs and spur stronger growth to win the Elysee.

His year-old party then filled the political space created by the disarray within the Socialist Party and The Republicans, with Sunday night capping a sequence of events that a year ago looked improbable.

The scale of LREM’s win means Macron will enjoy an absolute majority even without the support of alliance partner Francois Bayrou and Modem, lending him a freer hand for reforms and room for a government reshuffle should he choose to carry one out. Modem currently has two ministers in the cabinet.