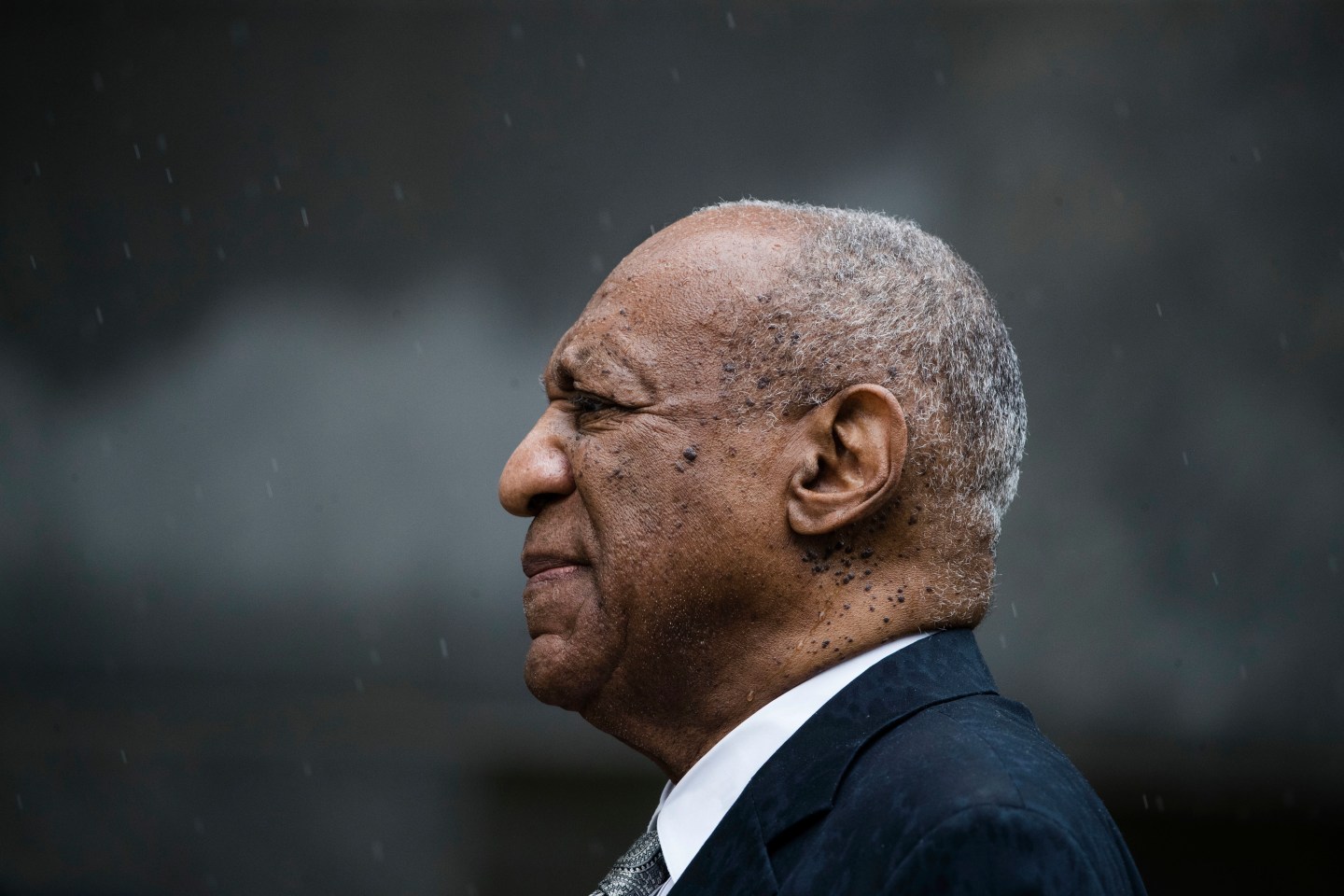 Although Bill Cosby’s sexual assault trial ended in a mistrial on Saturday, his legal problems persist as he faces assault and defamation claims in civil lawsuits, where the bar for evidence is lower than in criminal cases.

In civil lawsuits in the United States, plaintiffs need only show that the weight of evidence is on their side, meaning they have information to tip the scales above 50 percent in their favor, as opposed to criminal cases in which prosecutors must prove claims beyond a reasonable doubt.

At least 10 women have pending civil claims against Cosby in lawsuits filed in California and Massachusetts.

Two have brought claims against the 79-year-old entertainer for sexual assault. Others, barred from doing so because their claims were too old, have brought defamation claims against him, saying he smeared their reputations by publicly denying their accusations.

The judge in the criminal case against Cosby in Pennsylvania declared a mistrial on Saturday after jurors said they were deadlocked and unable to reach a unanimous verdict on charges that Cosby sexually assaulted Andrea Constand in 2004. At the time, Constand worked at Cosby’s alma mater, Temple University.

David Harris, a professor at the University of Pittsburgh School of Law who specializes in criminal justice, said the hung jury did not mean that a civil jury would clear Cosby of liability.

“There may not be enough evidence for a criminal conviction, but that does not rule out a civil verdict,” said Harris.

Approximately 60 accusations of sexual assault have been made against Cosby over a number of years, but only Constand’s resulted in criminal charges because the other alleged incidents were too old to prosecute. Cosby has denied all of the accusations.

Constand herself sued Cosby in 2005 and settled for an undisclosed sum.

Women bringing civil cases would also likely find it easier to introduce testimony from other accusers to support claims that Cosby engaged in a pattern of assault, said Douglas Wigdor, a plaintiffs’ attorney who represents clients in sexual harassment cases.

Little testimony about other accusations against Cosby was allowed in the Pennsylvania trial because of the strict standards for admitting evidence in criminal cases.

Prosecutors had sought to have 13 other accusers testify in Constand’s case, but the judge allowed only one, finding that more would unfairly prejudice the jury.

In addition to proving that Cosby assaulted them, Smolla said, they would have to establish that he said something about them beyond denying the allegations, such as calling them known liars or promiscuous.

“The defamation case is this clever way of saying, If I say you raped me and you say it didn’t happen, then you’re defaming me by calling me a liar,” he said. “And that in itself is a difficult defamation case. It’s not a classic defamation case.”

Smolla said the outcome of any civil case would depend on how jurors behave in terms of how seriously they take the case, how they relate to one another and how they deal with holdout jurors.

“That is the human side of the legal system that can be hard to predict,” he said.

Paul Callan, who represented the estate of Nicole Brown Simpson in a civil case against her ex-husband, former football star O.J. Simpson, after he was found not guilty of her murder, said courts are much stricter in excluding evidence in criminal cases because a conviction could lead to incarceration.

“In civil cases, the battle is over money damages, as opposed to sending someone to prison,” Callan said. “In my experience, the courts tend to be far more liberal in allowing both sides to introduce a greater volume of evidence than the stricter rules in criminal cases.”

While Simpson was acquitted in the 1995 criminal case, a jury in the civil case ordered him to pay $25 million in punitive damages to the families of Nicole Brown Simpson and Ronald L. Goldman, who were together when they were killed. The jury also awarded $8.5 million in compensatory damages to Goldman’s family.

Before it could decide the awards, the jury in the civil case had to determine if O.J. Simpson was the killer.

Callan said the $33.5 million awarded in the case reflected the jury’s reaction to a double homicide and was larger than a potential award to someone who has civil claims against Cosby.

But in the aggregate, he said, Cosby could face a comparable award because of the number of alleged victims. (