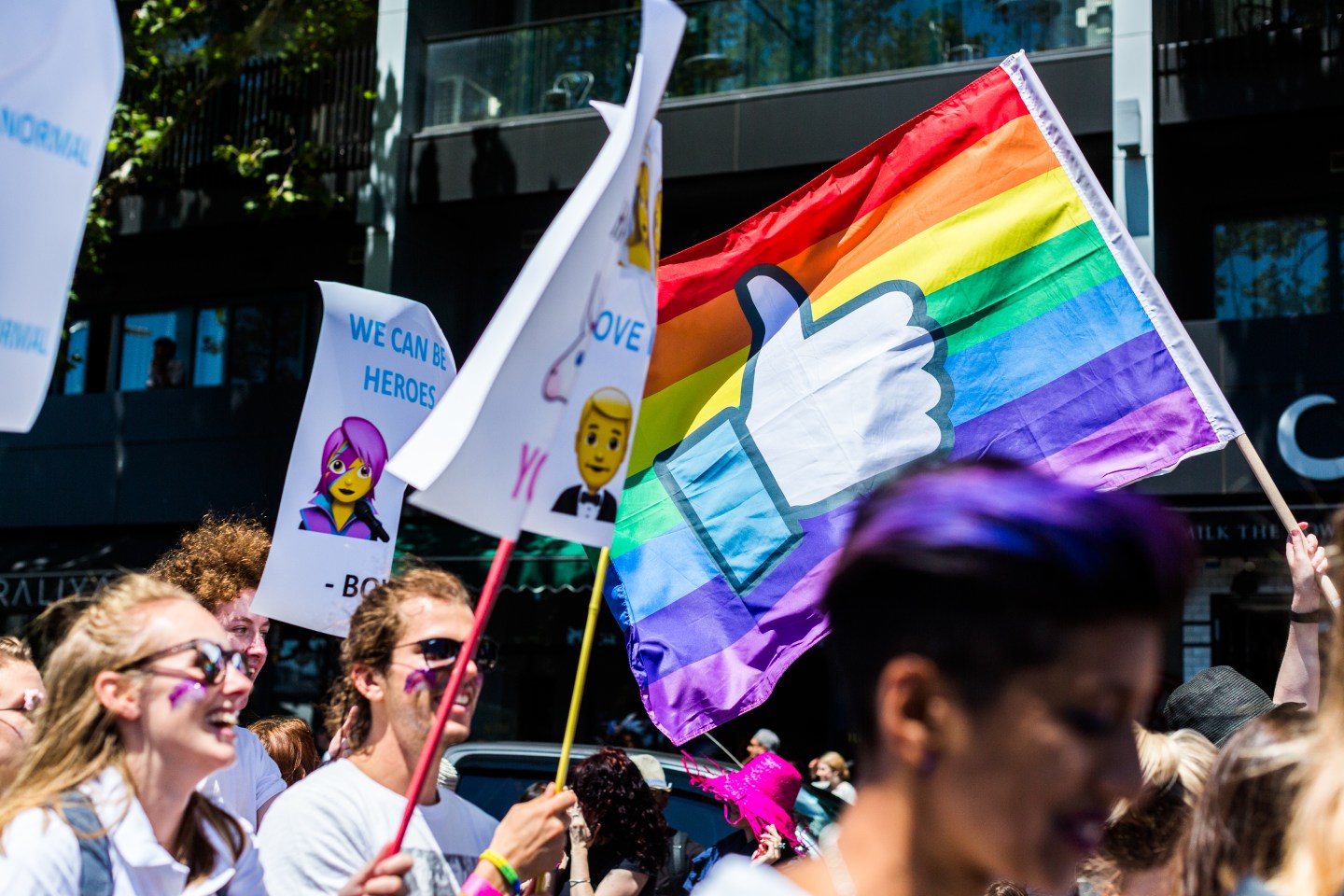 Facebook released its “pride” reaction button to celebrate Pride Month earlier this June, allowing users to respond to posts and comments with a “pride” reaction featuring the rainbow flag. But some members of the LGBTQ community say the platform still hasn’t done enough to protect transgender users.

“We thank Facebook for its efforts to raise support for and visibility of our LGBTQ community during Pride Month,” Kate Kendell, executive director of the National Center for Lesbian Rights, said. “But we also challenge them to amend their policies to better serve our trans family.”

Facebook lets users choose a custom gender and preferred pronouns, and doesn’t require users to provide a “legal” name, but it still requires some users to verify their name with identification, a policy that can expose transgender people on the site. When asked to provide further identification or get off the site, transgender users can be forced to reveal their identity by using the name they were born with. Facebook told Fortune it doesn’t have data on how many users are currently asked to provide further identification, though acknowledged users can be asked to show IDs.

Transgender activist Geena Buono, a founder of the Asbury Park chapter of New Jersey Transgender Day of Remembrance, said the name policy can end up outing transgender people and can leave them exposed to harassment.

“It doesn’t affect me because I’ve fully transition and legally changed my name, but I’ve seen it affect others,” Buono said. “In doing so, they find themselves in a frightening place once you have to go back to something. It is their real name as far as I’m concerned.”

The name verification process caused controversy two years ago after transgender users were asked to use their legal names or were banned from the site, temporarily or permanently. In July 2015, an Ethiopian LGBT activist who goes by “HappyAddis” was told his account would remain blocked until he uploaded documents verifying that was his name. In 2015, Facebook responded by saying in release that they were opening up the process to be more accommodating to the transgender users’ needs.

“Many times, in LGBT, the T is sort of a stepchild,” said Buono. “Sometimes people aren’t really sensitive or aware of the things they’re doing or of some contradiction. That being said, I’m glad there is a pride reaction. Unfortunately, they have to get on the same page with their sensitivity training and understanding the needs of the trans community.”

Facebook said the policy is meant to prevent harassment from anonymous accounts and that profiles flagged for fake names are more likely to have violated community standards. A spokesperson for Facebook also said the company supports the LGBTQ community through its workplace environment, participation in Pride events and policies.

“We want to make sure people can use the names they’re known by, whether that’s their legal name or not,” a spokesperson from Facebook said. “In 2015, we made improvements to how we enforce our names policy based on feedback from our community. As a result, we’ve reduced the number of inaccurate fake-name reports and made it easier for people to confirm their name if necessary. We continue this work because is important that this policy works for everyone, especially for communities who are marginalized or face discrimination.”

“I think,” Buono said, “in their defense, it’s just ignorance. I would hate to think they knew better and were doing it anyway. I think they just need to be a little more sensitive to the needs of the transgender community.”