Attorney Hits Back Against Report That President Trump Is Under Investigation 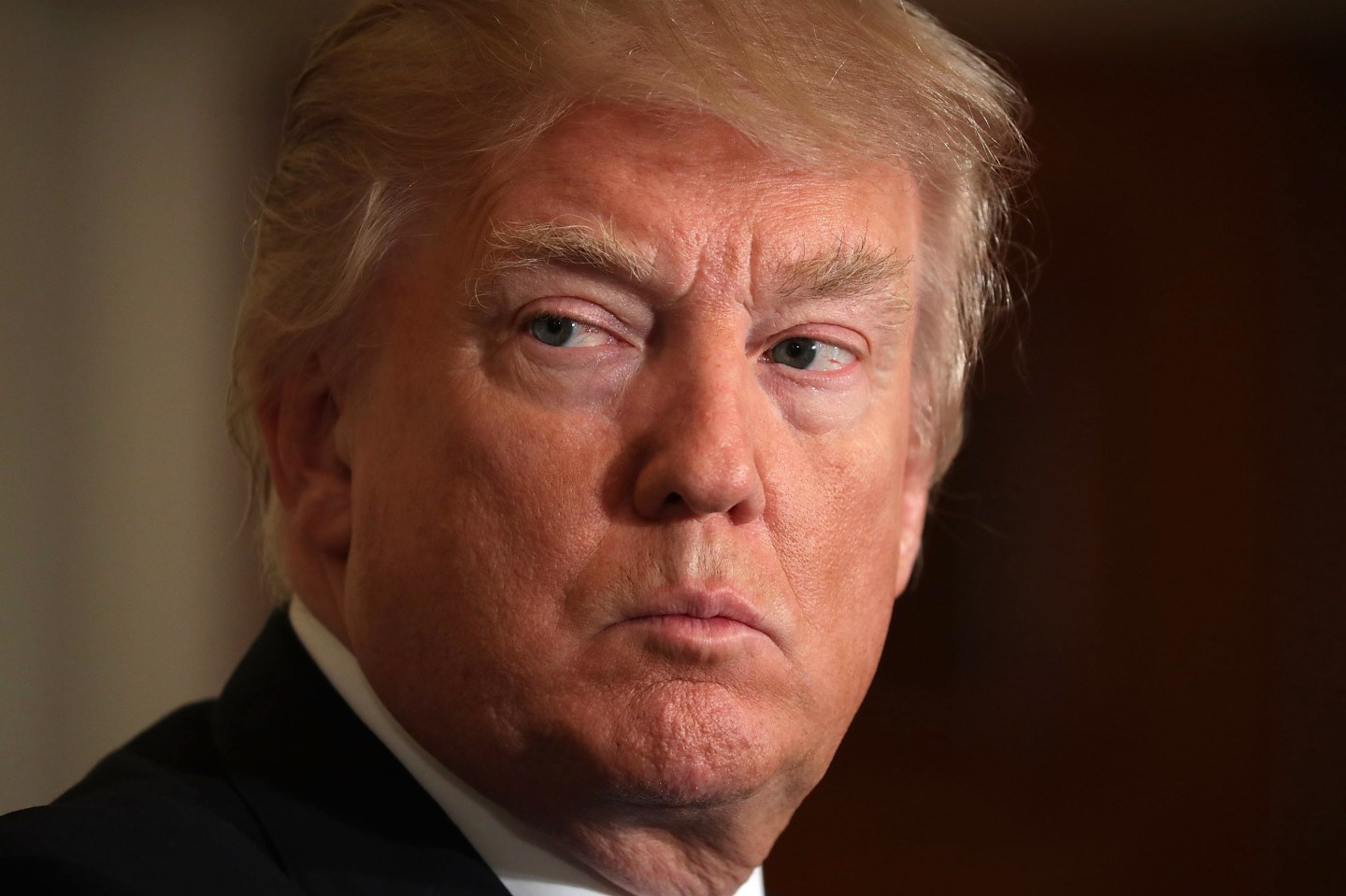 WASHINGTON, DC - APRIL 12: U.S. President Donald Trump holds a news conference with NATO Secretary General Jens Stoltenberg in the East Room of the White House April 12, 2017 in Washington, DC. Trump reaffirmed the United States' commitment to the North Atlantic alliance and its "ironclad" pledge to defend NATO allies, even though he repeatedly questioned the relevance of the military organization during the campaign. (Photo by Chip Somodevilla/Getty Images)
Chip Somodevilla—Getty Images

A spokesman for President Donald Trump’s personal attorney hit back against a Washington Post report that Special Counsel Robert Mueller is investigating the president for possible obstruction of justice.

The Post reported Wednesday evening that Mueller has widened his investigation to include whether Trump obstructed justice, citing five people briefed on the requests and noting that the investigation began after Comey was fired last month.

Mark Carallo, a spokesman for Trump’s attorney Marc Kasowitz, questioned the legality of the leaking information about the investigation, calling it ” outrageous, inexcusable and illegal” in a statement to TIME. He did not deny the Post report.

“If it’s a threat, that makes it a crime. If it’s not a threat — but a request — it could still be a crime if the threat is motivated by a corrupt purpose,”Robert Weisberg, a law professor at Stanford, told TIME last month.

Comey had confirmed during a congressional testimony in March that the FBI was investigating possible Russian interference in the 2016 election, which included possible collusion between the country and Trump associates.

The Post reported June 6 that Coats had told associates Trump had asked him to intervene with Comey when he was still FBI Director to reduce focus on former National Security Adviser Michael Flynn.

The New York Times reported last month that Trump himself had asked Comey to halt any investigation into Flynn, an interaction Comey confirmed during his congressional testimony earlier this month, but Kasowitz denied.