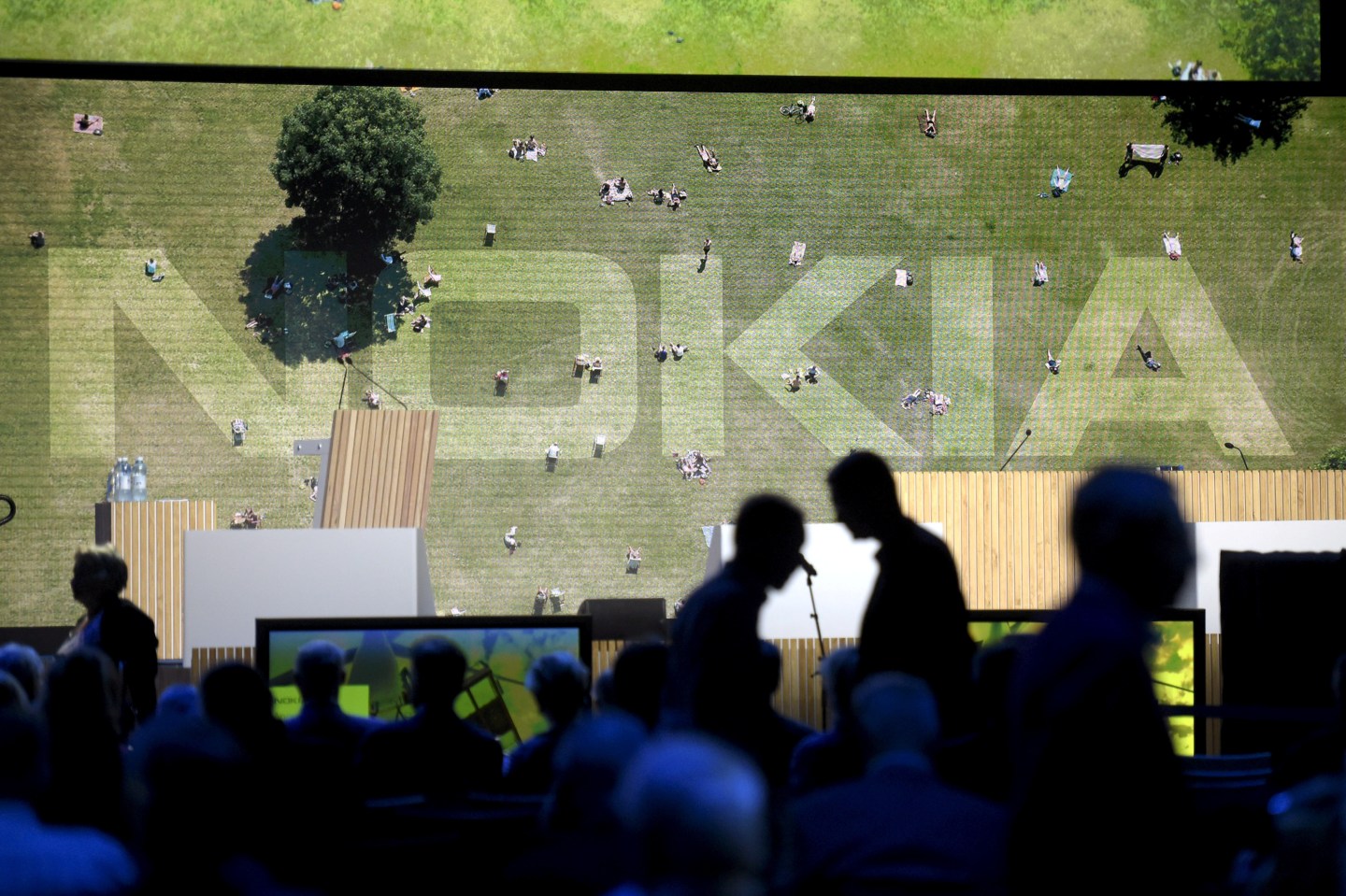 Nokia Corporation's Annual General Meeting is pictured at Messukeskus Helsinki in Helsinki, Finland June 16, 2016. Lehtikuva/Antti Aimo-Koivisto via REUTERS ATTENTION EDITORS - THIS IMAGE WAS PROVIDED BY A THIRD PARTY. FOR EDITORIAL USE ONLY. NOT FOR SALE FOR MARKETING OR ADVERTISING CAMPAIGNS. THIS PICTURE IS DISTRIBUTED EXACTLY AS RECEIVED BY REUTERS, AS A SERVICE TO CLIENTS. NO THIRD PARTY SALES. NOT FOR USE BY REUTERS THIRD PARTY DISTRIBUTORS. FINLAND OUT. NO COMMERCIAL OR EDITORIAL SALES IN FINLAND. - RTX2GJUL
Lehtikuva Lehtikuva — Reuters

Nokia on Wednesday debuted the world’s fastest network chips, marking a breakthrough into the core router market dominated by rivals Juniper and Cisco, while giving a boost to its existing network business.

The new Nokia products promise to help it win business with so-called “web-scale” customers such as Facebook, Google, and Amazon—for whom transmission speed is everything and who are still increasing spending on network gear, unlike its traditional base of telecoms customers.

The new products grew out of Nokia’s 15.6 billion-euro ($17.5 billion) 2016 acquisition of Alcatel and its IP network gear business.

They will also serve Nokia’s existing base of telecom operator customers who want speed but still must contend with legacy gear needed to run existing services, as they are backward compatible with older products.

“With this announcement, Nokia will have the highest-performance system capacity in the market, and a lot of those web-scalers, they just want speed,” Ray Mota, principal analyst, ACG Research, said in an interview with Reuters. “That gives them an opportunity to approach the core network market with more credibility and gain some traction there.”

The Finnish company is introducing its latest FP4 silicon chipset capable of processing data at 2.4 terabits per second.

These will be built into a new portfolio of routers to operate both ultra high-speed “core” networks at the heart of the biggest internet services and also “edge” networks that link datacenters to front-line customer services running on mobile or fixed-line networks.

The new products are scheduled to ship in the fourth quarter of this year, Nokia said.

The former Alcatel IP networks business is already the world’s No. 2 player in edge routers behind Cisco, having displaced Juniper Networks, which is now No. 3.

Nokia is facing flat capital spending among its telecom customer base, leading it to pursue more business from web-scale players, which have doubled their capital spending on network equipment over the past four years, Mota said.

Nokia is introducing the 7950 petabit-class router aimed at the core routing market to help it win new customers such as Facebook and Google. A petabit is capable of transmitting 5,000 two-hour-long high-definition videos every second.

For edge network customers, Nokia is introducing its 7750 router, offering the highest traffic capacity on the market.

Mota said the Nokia 7750 can deliver speeds of up to 4.8 terabits per slot, compared with Juniper’s 3 terabit edge router speeds, which had been the industry’s fastest. A terabit can transfer a high-definition Netflix TV episode in one second.

Beyond sheer speed, there is enough processing power head-room in its new chipset to offer built-in security features to fend off the growing threat of distributed denial of service (DDoS) attacks that are now a fact of life for organizations running on the internet.