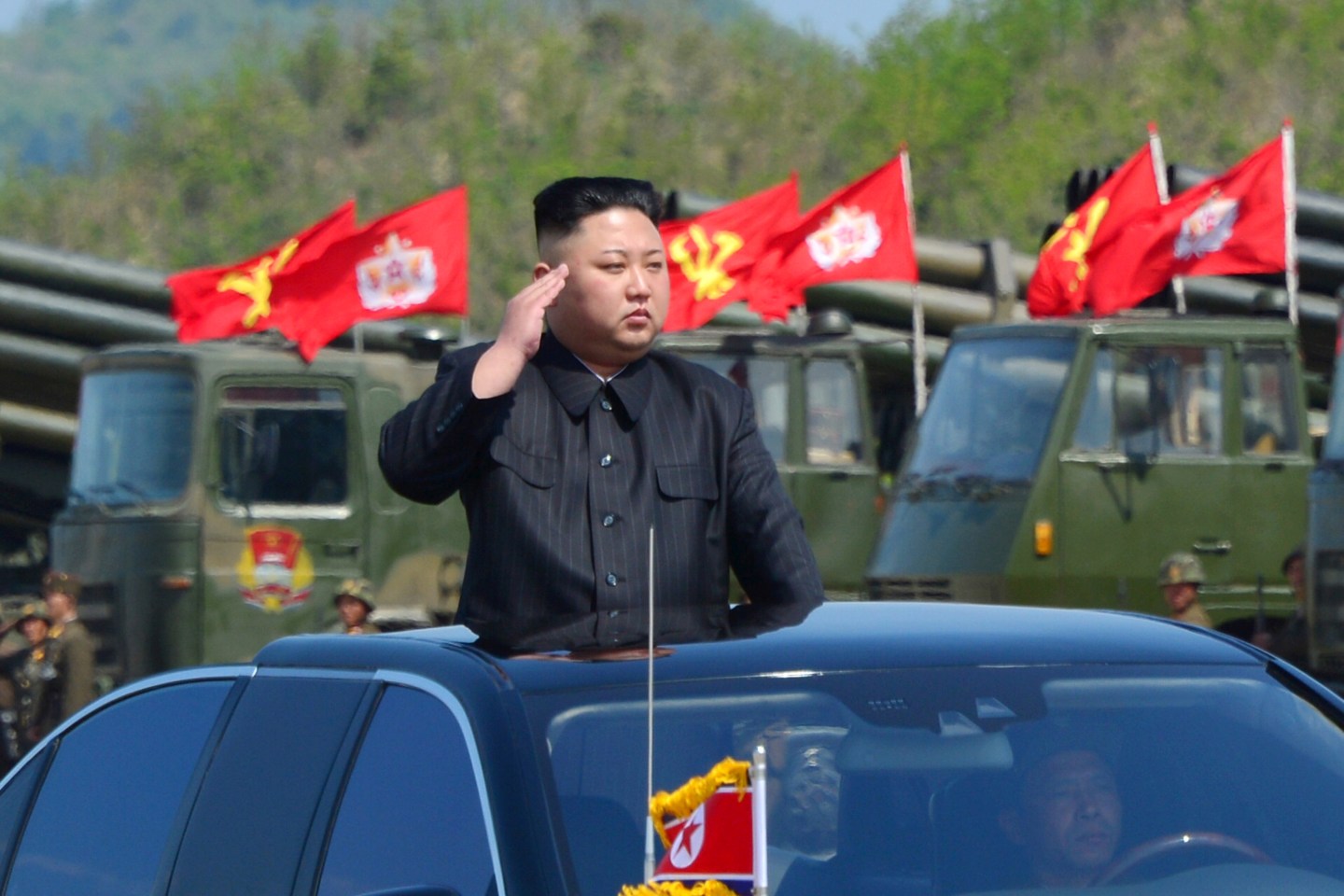 North Korea's leader Kim Jong Un watches a military drill marking the 85th anniversary of the establishment of the Korean People's Army (KPA) in this handout photo by North Korea's Korean Central News Agency (KCNA) made available on April 26, 2017. KCNA/Handout via REUTERS ATTENTION EDITORS - THIS IMAGE WAS PROVIDED BY A THIRD PARTY. EDITORIAL USE ONLY. REUTERS IS UNABLE TO INDEPENDENTLY VERIFY THIS IMAGE. NO THIRD PARTY SALES. SOUTH KOREA OUT. - RTS13Y8S
KCNA/Reuters

The U.S. government on Tuesday issued a rare alert on the activities of a hacking group it dubbed “Hidden Cobra,” saying the group was part of the North Korean government and that more attacks were likely.

The joint alert from the U.S. Department of Homeland Security and the Federal Bureau of Investigation said that “cyber actors of the North Korean government” had targeted the media, aerospace and financial sectors, as well as critical infrastructure, in the United States and globally.

North Korea has routinely denied involvement in cyber attacks against other countries. The North Korean mission to the United Nations was not immediately available for comment.

For more about North Korea, watch:

The alert said Hidden Cobra has compromised a range of victims since 2009 and that some intrusions had resulted in thefts of data while others were disruptive. The group’s capabilities include denial of service attacks, which send reams of junk traffic to a server to knock it offline, keyloggers, remote access tools and several variants of malware, the alert said.

The cyber firm Symantec said last month it was “highly likely” that a hacking group affiliated with North Korea called Lazarus Group was behind the WannaCry cyber attack that infected more than 300,000 computers worldwide, disrupting operations at hospitals, banks and schools.

Tuesday’s alert said Hidden Cobra’s cyber attacks have been previously referred to by private sector experts as Lazarus Group and Guardians of the Peace, which have been linked to attacks such as the 2014 intrusion into Sony Pictures Entertainment.