How Naomi Campbell Convinced Donald Trump to Give Her Money: ‘I Know Something About Ego’ 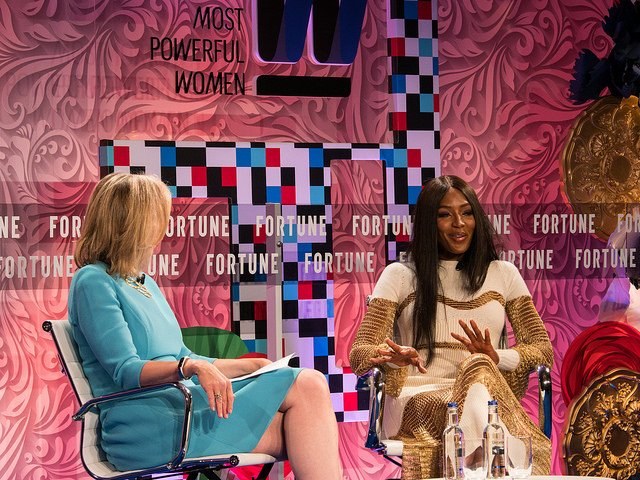 When Naomi Campbell asked Donald Trump to donate money to Fashion for Relief in the mid-2000s, the then-business mogul jumped at the opportunity.

Speaking at the Dorchester Hotel in London during the Fortune Most Powerful Women International Summit on Monday, the 47-year-old supermodel said that when she approached the media and individuals about her charity fashion show, she received a brilliant response. “I have to say, even Donald Trump was great,” she added.

“I asked him for money and he said ‘How much do you want?’,” the British model went on to explain. “I said ‘This person gave that,’ and he said ‘Okay, I’ll match it’ and that was it. I know something about ego—if someone gave more or less than someone else, [he’d] want to match it.”

Campbell established the charity fashion show Fashion for Relief in 2005 to raise money for victims of Hurricane Katrina in New Orleans. Since its conception, the initiative has generated millions of dollars for various environmental and humanitarian causes.

In addition to her involvement with Fashion for Relief, Campbell has worked with Save the Children and visited a refugee camp in Jordan last February. “I didn’t have any expectations [when I went] there,” she told the Summit crowd. “I was just blown away by how humble and how generous and giving these people were… Being there put [everything] into perspective. It makes you realize how blessed we all are.”

When asked by TIME‘s editor-in-chief Nancy Gibbs about whether she enjoys meeting powerful people, from former U.S. President Barack Obama to Russia’s President Vladimir Putin, Campbell laughed and responded: “Excuse me, they like meeting me!”

The philanthropist added that while she hasn’t had a conversation with Trump like the ones she’s had with Obama and Putin, “I knew him well enough to pick up the phone and get that money.”

Fortune has reached out to the White House for comment and will update this story with any response.