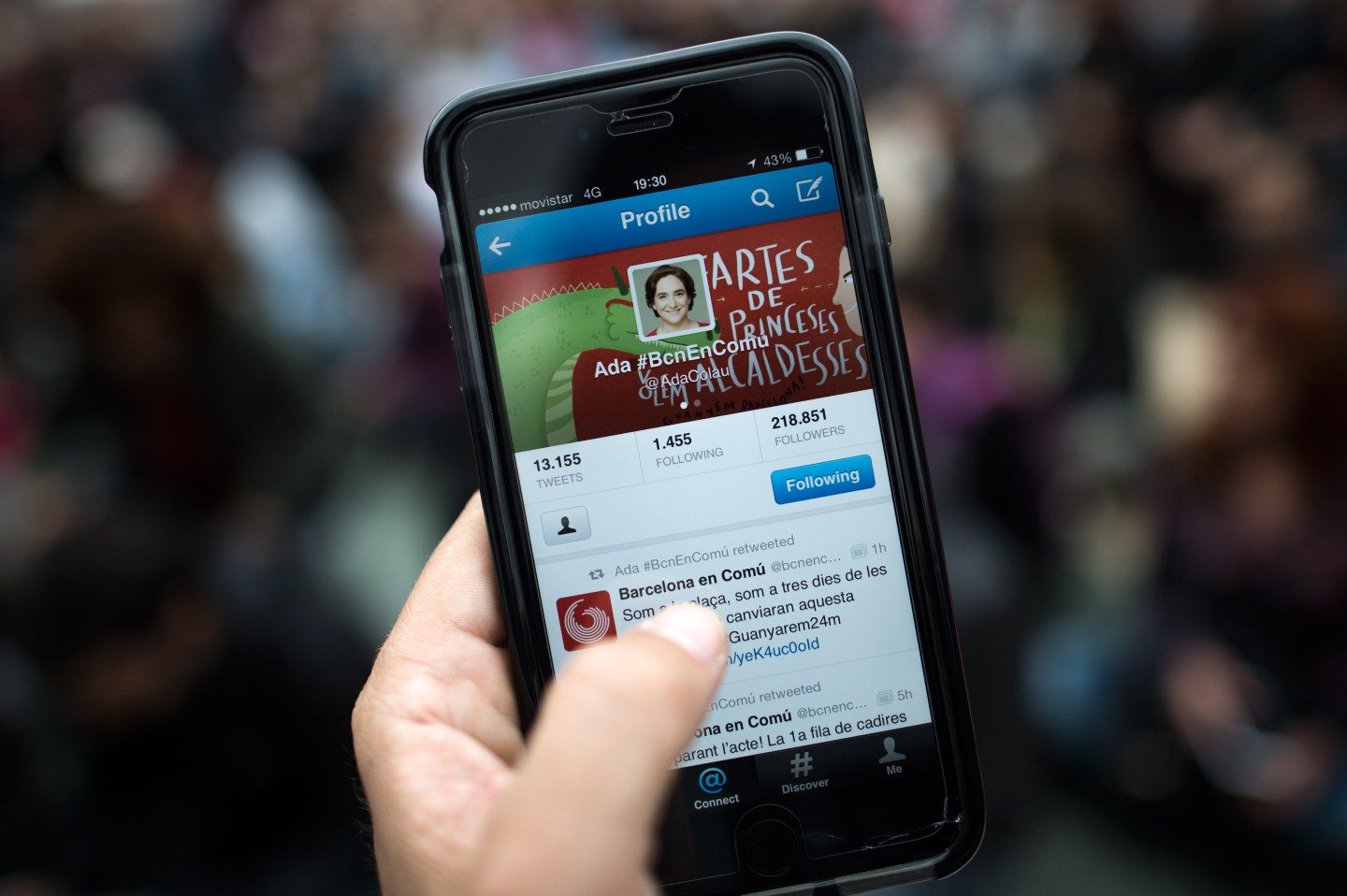 BARCELONA, SPAIN - MAY 20: In this photo illustration political party 'Barcelona en Comu' (Barcelona in Common) leader Ada Colau twitter profile is shown in a smart phone on May 20, 2015 in Barcelona, Spain. The Leader of the newly founded political party 'Barcelona en Comu' (Barcelona in Common) Ada Colau, linked to political party 'Podemos' (We can) and emerged out of anti-evictions platforms and popular movements, runs for first time for mayor against traditional parties. The latest opinion polls show a dead heat between Ada Colau and acting mayor of Barcelona Xavier Trias. (Photo illustration by David Ramos/Getty Images)
Photo by David Ramos—Getty Images

Two of the most difficult problems in the current world of always-on communication are hacking and the spread of “fake news” or misinformation. In some cases, these two problems are combining to create one big headache.

In Venezuela, for example, digital-rights group Access Now says it discovered recently that Twitter accounts belonging to a local journalist and a member of parliament and human-rights activist had been hijacked, using a procedure it refers to as “the Double Switch.”

The hackers then used the accounts to spread fake news, something that has been particularly problematic in Venezuela because of the political unrest there, including a government crackdown that involves surveillance and censorship.

The journalist and the politician/activist both got in touch with a digital help-line that Access Now operates in a number of countries and asked for help in getting their accounts back.

According to the group, the Double Switch begins when a hacker gets access to the login credentials for an account, whether through a “phishing” attack (which often involves a phony email request pretending to be from the service itself) or through other means.

The hacker then resets the login name and password, as well as the recovery email, so that the original user can’t get access. Then the “double switch” begins.

By the time the second switch is activated, the hackers have full control, so any attempt by the original account holder to regain access fails, since emails and other messages from Twitter with password-reset information go to the hacker.

Access Now says in its report that the victims worked with Twitter to regain access to their accounts, and were ultimately successful in doing so. But by then, much damage had been done.

In one case, the user’s account was deleted. In the other, some of the account-holder’s original tweets were deleted, and the account was used to spread misinformation about events in Venezuela.

Two-factor authentication uses two different methods to verify a user’s identity, such as a password and a special one-time code sent to a mobile phone. Activists in countries like Venezuela, however, might not want to have their phone associated with such an account, Access Now said, because it could open them up to surveillance and harassment.