Sterling Drops as Theresa May Falls Short of Majority in U.K. Election 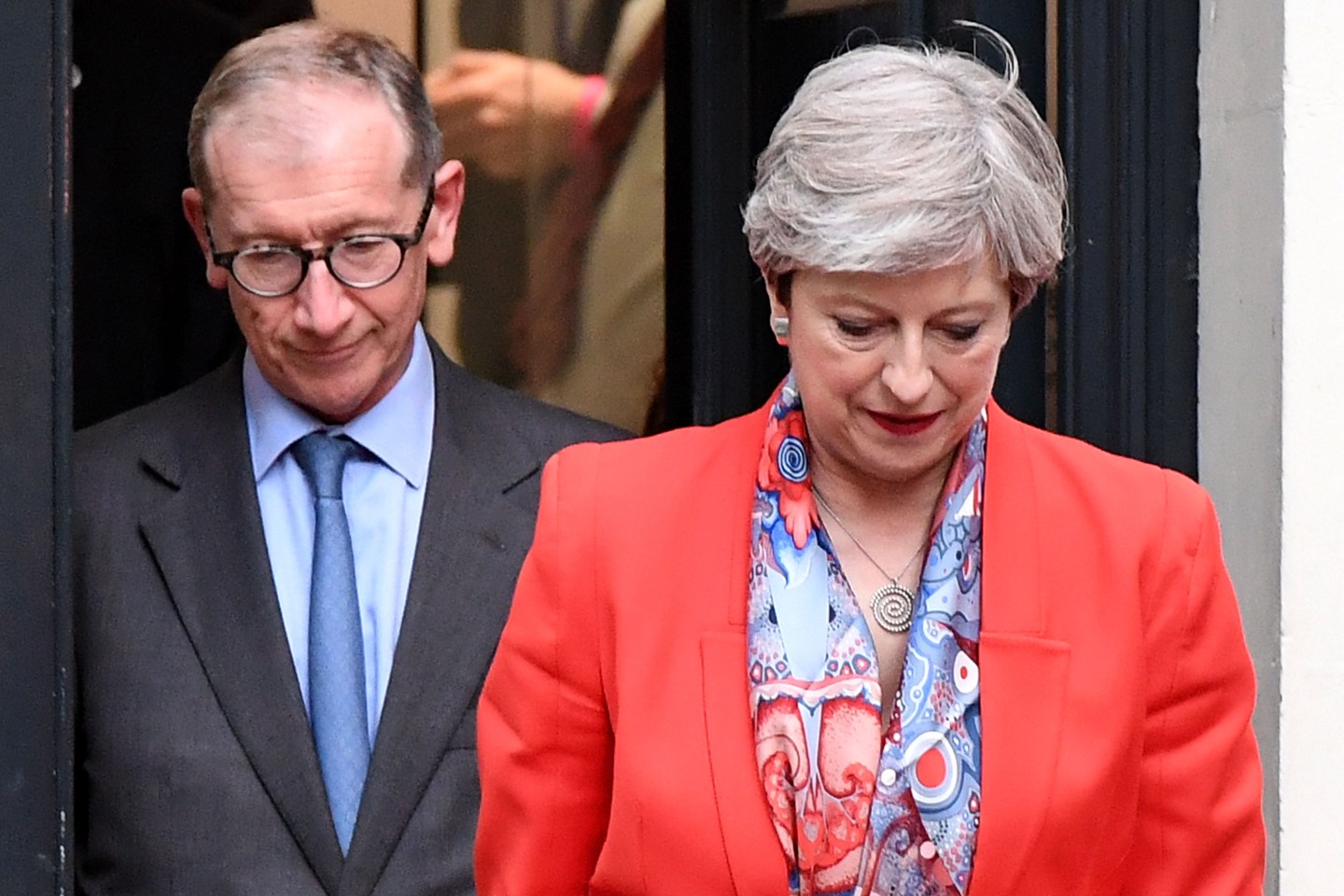 British Prime Minister Theresa May leaves Conservative Party Headquaters with her husband Philip on June 9, 2017 in London, England. After a snap election was called the United Kingdom went to the polls yesterday, in a closely fought election the results from across the country are being counted and an overall result is expected in the early hours.
Chris J Ratcliffe — Getty Images

Sterling saw its biggest daily fall since January before recovering some ground on Friday after exit polls and election results unexpectedly pointed to Prime Minister Theresa May losing her parliamentary majority in Britain’s election.

The shock of a result that raises questions about how Britain will advance with its plan to leave the European Union, and whether any party can form a stable government, initially sank the pound by 2% against both the dollar and euro.

But with projections still pointing to May‘s Conservatives forming a minority government, and analysts playing up the chances of a “softer” Brexit under that or an alternative left-wing coalition under Labour leader Jeremy Corbyn, the pound later recovered some ground.

“We’ve got a winner but don’t expect the celebration bells to be ringing,” said ThinkMarkets analyst Naeem Islam.

“This is not the kind of outcome which investors were looking for. Although Theresa May has won the election, in reality, it is Jeremy Corbyn who has made substantial progress. This clearly opens the way towards $1.22 in coming weeks.”

The move on gilts suggested shocked investors will seek the security of bonds as markets reopen properly in London.

Mohamed El-Erian, chief economic adviser at Allianz, said: “With initial exit polls pointing to the Tories (Conservatives) losing seats and that Prime Minister May’s early election gamble is not paying off, markets are pricing in a more complex outlook for policy implementation, including Brexit.”

The initial exit poll predicted the Conservatives, traditionally favored by markets as pro-business and fiscally prudent, would win 314 seats in the 650-member parliament and the opposition Labour Party 266, meaning no clear winner and a “hung parliament”.

Later projections gave the Conservatives a handful more seats but a raft of analysts predicted that would not head off more falls for the pound.

“While some have argued that a softer Brexit might ameliorate the downside, there is still the prospect of the contents of the Labour party manifesto,” said Michael Hewson, chief analyst with CMC Markets in London.

“This could well see the pound come under further pressure as well as having consequences for the FTSE100 and FTSE250 when European markets open.”

For more on Brexit,watch Fortune’s video:

Investors’ traditional views of whether the Conservatives or Labour would be good or bad for the pound, have been muddied in this election, not least by the prospect of Brexit talks due to start on June 19.

Some banks have said a high-spending Labour government could spur economic growth and cause the Bank of England to raise interest rates more quickly.

Some also argue that any Labour-led coalition might aim for a softer deal on Britain’s planned departure from the European Union than the “hard Brexit” that markets have worried May would deliver.

“The pound is getting hit … and that’s probably a symptom of uncertainty,” said Jason Ware, chief investment officer at Albion Financial in Salt Lake City, Utah.

“But if we get more of a softer Brexit or more of a globalist stance from the UK… it’s good for Europe, the UK and U.S. assets.”