Theresa May Called a Snap Election and the Election Snapped Back 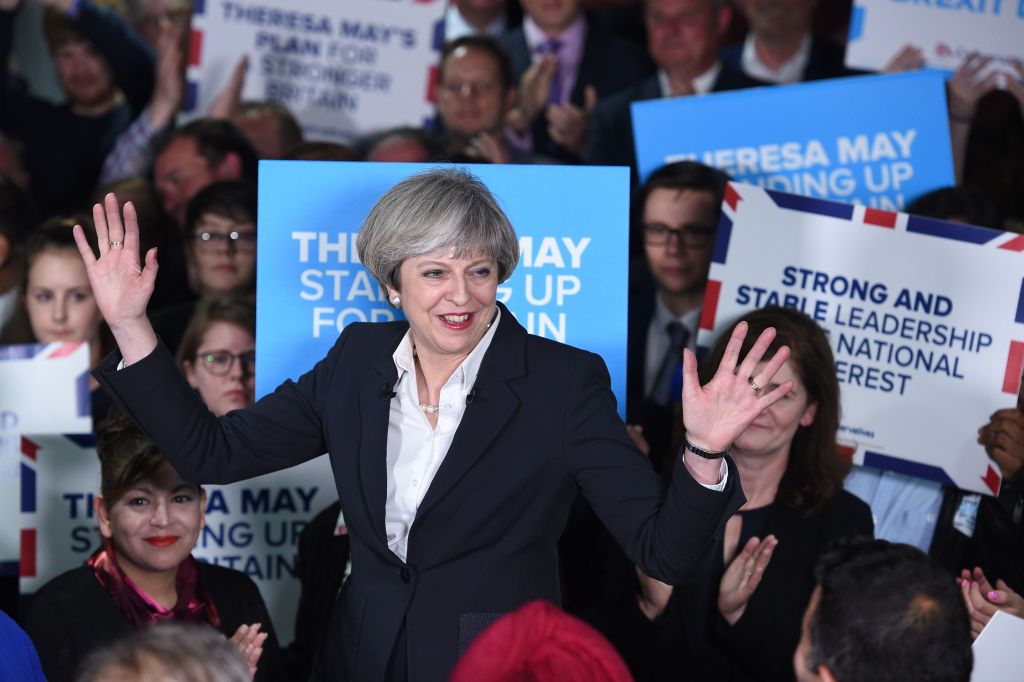 On April 18, U.K. Prime Minister Theresa May called for a snap election to be held on Thursday. The contest put all 650 seats in the House of Commons up for grabs three years ahead of schedule. May’s move came a surprise since she had, on at least seven previous occasions, vowed to do no such thing. Yet the logic of the decision was undeniable; polls showed May’s Conservative party with a 21-point lead over its main rival, the Labour party. It was recipe for a landslide that would give May more leeway to negotiate as she enters Brexit talks with the European Union.

Plus, May herself was popular, having stepped into Britain’s post-Brexit leadership vacuum as an unflappable—if unflamboyant—leader. She seemed so unassailable that “Theresa May’s Team” overshadowed Conservative party branding on some campaign signage.

Against that backdrop, May called the snap election. And, well, the election snapped back.

At the same time, May’s approval rating has tanked as her rival, Jeremy Corbyn of the Labour party, has seen his favorability move in the opposite direction.

The downward trends are due—in part—to May’s own uninspired campaign style. She’s appeared uncomfortable when talking with voters and has come off as robotic for repeating her “strong and stable” tagline as if it were a mantra. She was also a no-show at a televised debate—she sent Home Secretary Amber Rudd instead—which prompted a giant chicken to accompany her on some campaign stops.

Her biggest misstep may have come when the Conservatives, as part of their election platform, introduced a new approach to caring for the elderly. It was immediately dubbed the “dementia tax” because it seemed to disadvantage patients with long-term illnesses that require years of care. The backlash was so intense that May walked back the proposal, which, subsequently, sparked accusations of flip-flopping.

All the while, Britain has endured three deadly terrorist attacks in as many months, the most recent occurring on Saturday when eight people were killed by terrorists on and near London Bridge. Those tragedies, rather than prompting voters to rally around May, ignited close scrutiny of May’s record as home secretary. She held the job for six years before becoming prime minister in July, and oversaw a reduction in police forces, including armed officers, during that time.

Conservatives are still expected to win Thursday’s contest, but the election cycle has left the party’s leader with a limp, rather than the expected swagger.