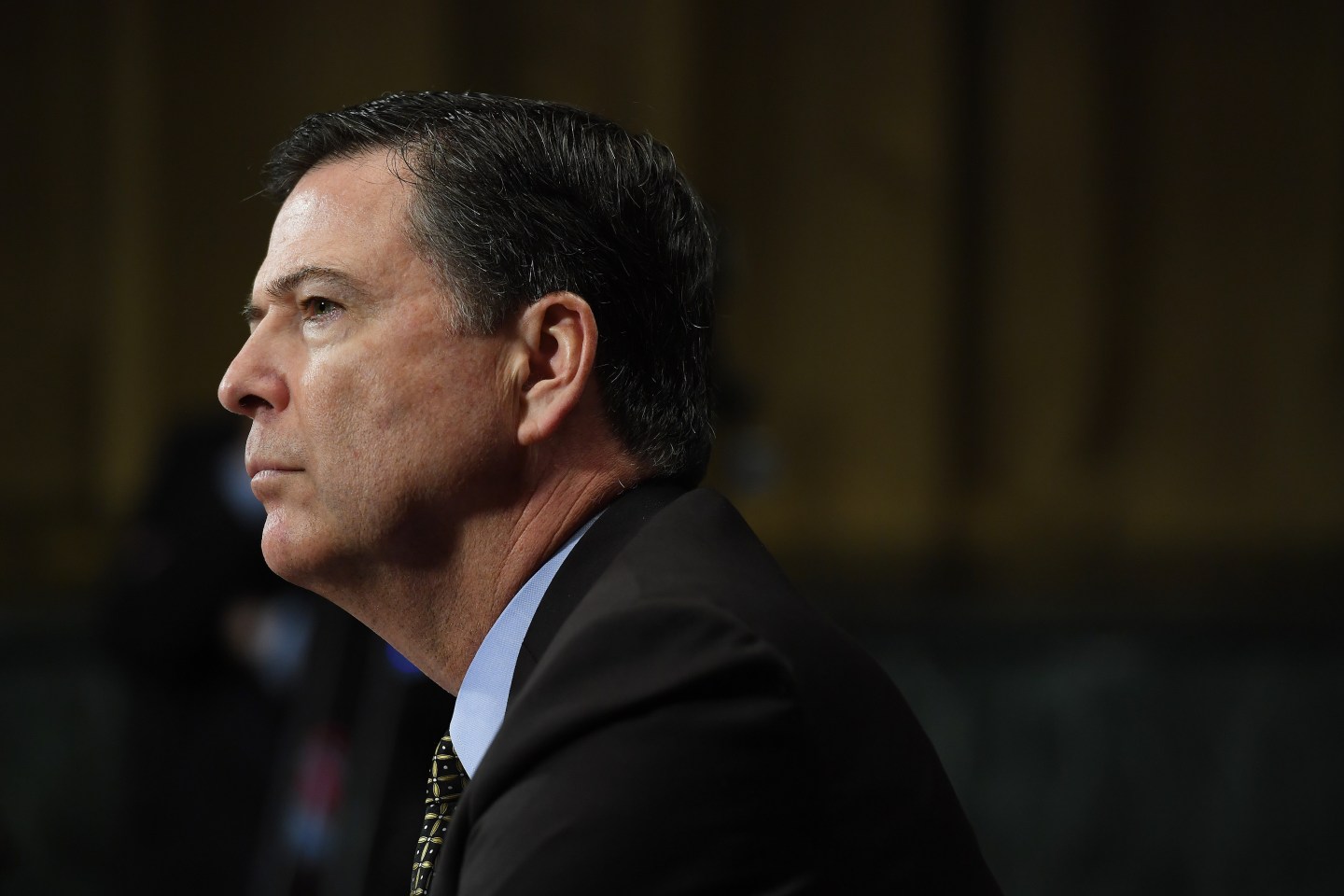 Former FBI Director James Comey’s long-anticipated congressional testimony set off a social media storm on Thursday with millions of people jumping into the fray but there was one notable absence – the tweeter in chief himself.

President Donald Trump’s ordinarily red-hot Twitter handle, @realDonaldTrump, was dormant during the three-hour hearing of the Senate Intelligence Committee, although another Trump helped carry the mantle. Donald Trump Jr., the president’s eldest son, live tweeted throughout Comey’s testimony, taking the ex-FBI director to task for his version of what the president told him.

Twitter had a field day with other moments of Comey’s testimony, including his revelation that he broke a date with his wife in order to have dinner with Trump and his use of the exclamation “Lordy.” Comey’s disclosure that the person who leaked his memos of meeting with Trump was a Columbia Law School professor led to a stampede on the school’s website, causing it to crash.

Here are some highlights of what excited Twitter during the testimony.

Son Stands up for Trump

Trump Jr. took issue with Comey’s comments about whether the president was ordering him to drop the investigation of former national security adviser Michael Flynn.

“Knowing my father for 39 years when he ‘orders or tells’ you to do something there is no ambiguity, you will know exactly what he means,” he tweeted.

“Hoping and telling are two very different things, you would think that a guy like Comey would know that,” he concluded, adding the hashtag “#givemeabreak”.

With his father’s Twitter handle silent, @DonaldJTrumpJr became the 10th most mentioned Twitter handle in the Comey conversation, according to social media analysis firm Brandwatch.

One remark in particular from Comey got the Twittersphere buzzing.

“Lordy, I hope there are tapes,” he told the committee regarding whether Trump had recorded their conversation.

Even the Merriam-Webster dictionary got into the act, tweeting out the definition of “Lordy” as a word used to “express surprise or strength of feeling.”

Twitter said Comey’s “Lordy” remark was among the top three most tweeted moments during the testimony.

“I had to call my wife and break a date with her,” Comey said. “I was supposed to take her out to dinner that night.”

“Moral of the #Comey testimony: Don’t cancel a date with your wife,” said CBS-Chicago reporter Jeremy Ross on Twitter.

Columbia Law School’s website became overburdened after Comey said he had asked a good friend who is a professor there to leak memos from his meeting with Trump to the media. Daniel Richman later confirmed to Reuters he was the one to whom Comey referred in his testimony.

Shortly after the mention by Comey, the school tweeted: “Columbia Law’s site is down at the moment. We are working on a solution. Stay tuned.”