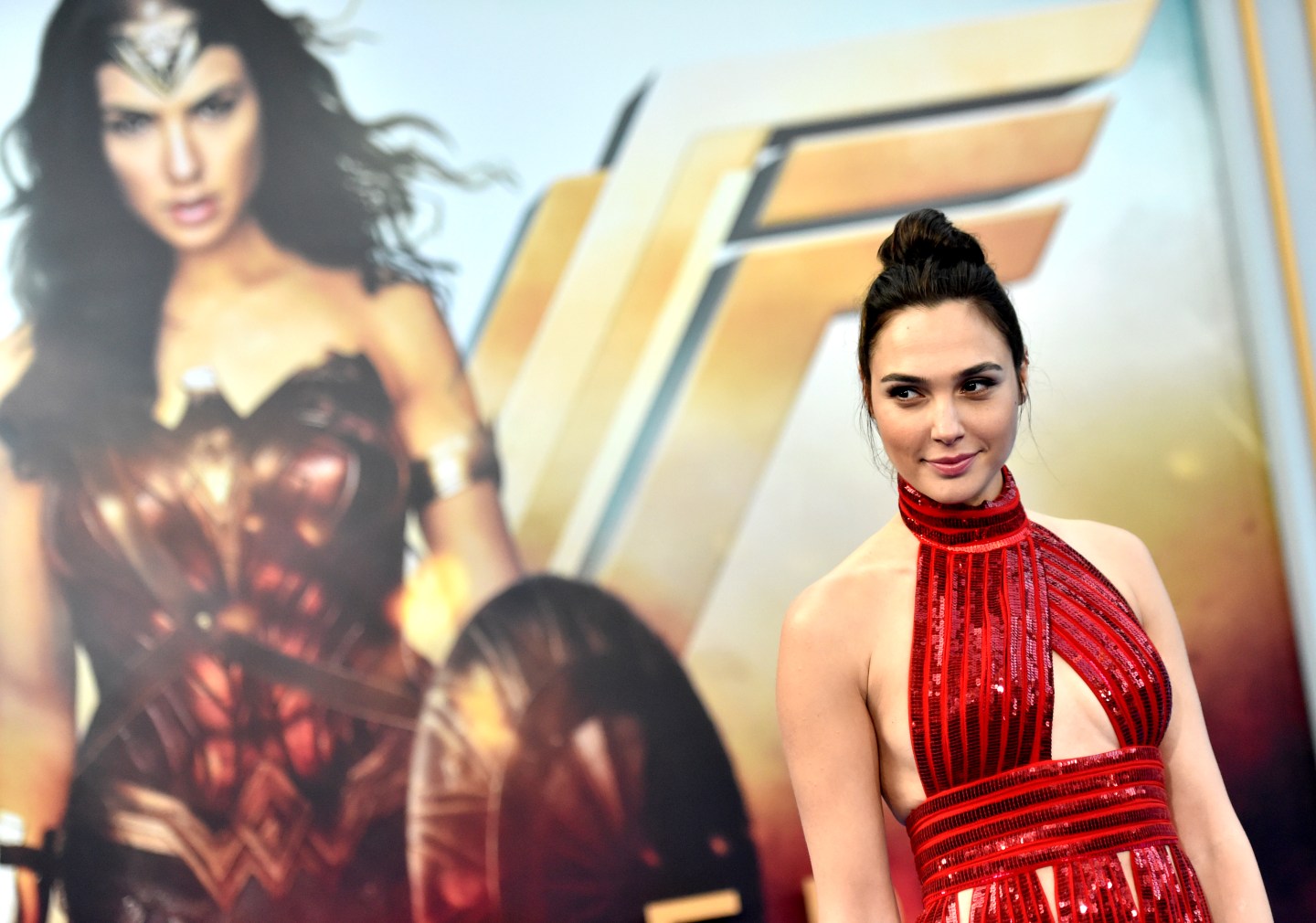 The successful opening of Wonder Woman this weekend could fuel shares of Time Warner Inc (TWX) to a 20% stock return over the coming year, Barron’s said on Sunday.

Time Warner owns Warner Bros., the film and television studio that controls DC Entertainment, the rights holder for Wonder Woman comics, and with an expected merger between Time Warner and AT&T that will pay 8% more than Time Warner’s recent stock price, Barron’s analysts are expecting shares of the media company to soar.

As of Sunday morning, Wonder Woman is looking at a $100.5 million domestic opening weekend and international receipts of $122.5 million from 55 markets. That would bring its global opening to $223 million, according to Variety, for the third-largest ever opening for a DC Comics film.

Barron’s also believes Warner Bros. is in good shape with its upcoming schedule of releases.

Kong: Skull Island, another Warner Bros. feature that opened in March, has grossed $565 million, according to Box Office Mojo, including a strong showing in China.

“That’s important, because Warner Bros. has at least two more Godzilla and Kong movies planned over the next three years,” the magazine’s Jack Hough wrote.

Barron’s recommended Time Warner shares a little more than a year ago when they were trading at $73, predicting they would jump 25 percent at the time. The shares closed on Friday at $99.18.