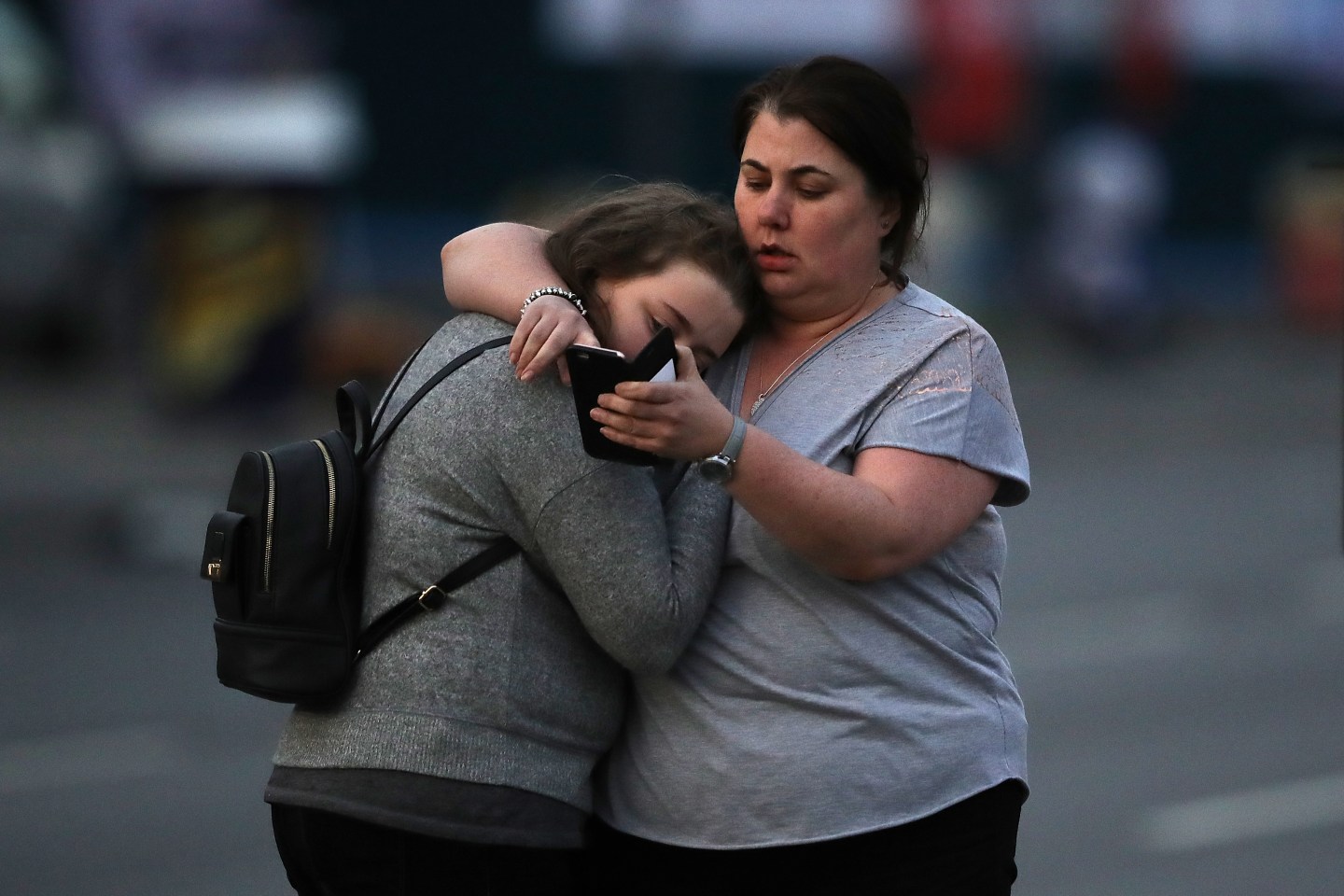 MANCHESTER, ENGLAND - MAY 23: Ariana Grande concert attendees Vikki Baker and her daughter Charlotte, aged 13, leave the Park Inn where they were given refuge after last night's explosion at Manchester Arena on May 23, 2017 in Manchester, England. An explosion occurred at Manchester Arena as concert goers were leaving the venue after Ariana Grande had performed. Greater Manchester Police have confirmed 19 fatalities and at least 50 injured. (Photo by Christopher Furlong/Getty Images)
Christopher Furlong Getty Images

Uber plans to lend a helping hand to help victims of the Manchester bombing last week.

Uber said it will donate an amount of money equal to all the fares it collects for passengers taken to and from a planned benefit concert to be held on June 4 in Manchester. The money will go to the British Red Cross Society for its We Love Manchester Emergency Fund, which helps support victims who were injured in the terrorist attack.

The concert will be headlined by Ariana Grande, whose May 22 concert in Manchester was the target of the bombing. The star-studded lineup at the Emirates Old Trafford Cricket Ground also includes Coldplay, Justin Bieber, Miley Cyrus, Pharrell Williams, Take That, and the Black Eyed Peas.

Tickets for the event, called “One Love Manchester,” will be free for concertgoers who were present during the terrorist attack that killed 22 people and wounded 116. Otherwise, they cost $52.

Following the bombing, Uber gave free rides from the city center that night and early morning the following day.