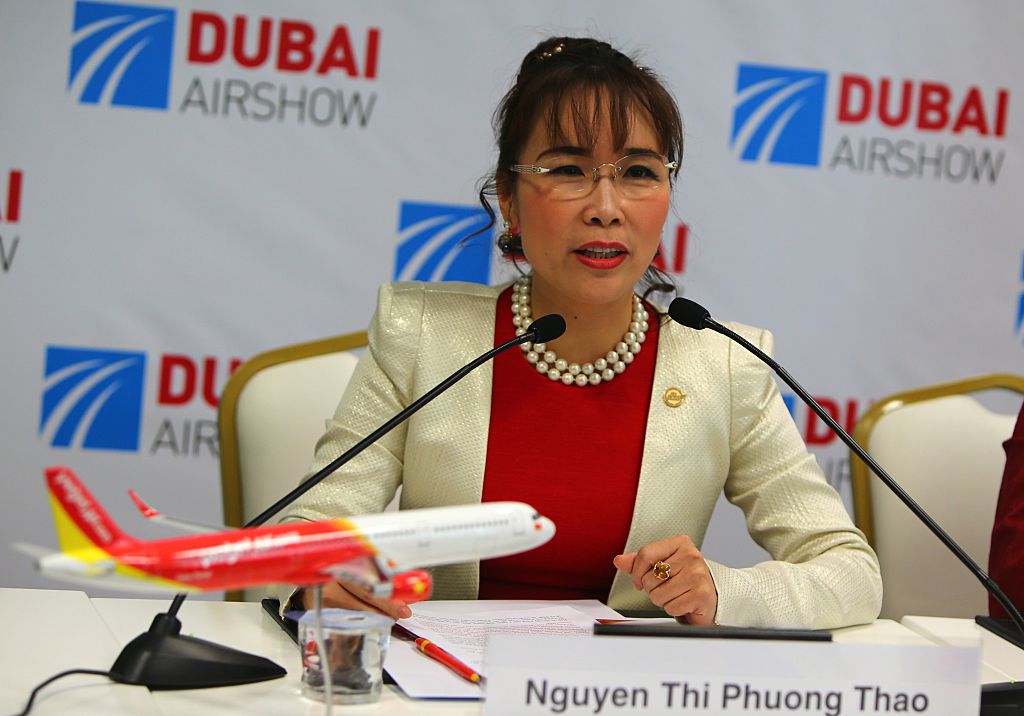 VietJet, Vietnam’s discount airline known for a marketing stunt featuring bikini-clad flight attendants, could become the first Vietnamese company to list its shares on a stock exchange overseas. Bloomberg reports that the carrier, which controls more than 40% of Vietnam’s domestic airline market, is seeking more funds after planning for billions of dollars in aircraft purchases.

If the foreign listing does indeed happen—the company is considering stock exchanges in New York, London, Hong Kong and Singapore—it would thrust VietJet’s founder and CEO, 46-year-old Nguyen Thi Phuong Thao, even further into the spotlight.

It’s a position Thao won’t shy away from. “We don’t want to hide our hope to become the first Vietnamese company to list shares overseas,” she told Bloomberg.

Thao already possesses a remarkable CV. She studied economics and finance in Soviet Russia in the 1980s before starting a career in commodities trading in Eastern Europe and Asia. She returned to Vietnam a decade ago and invested in banks, eventually turning to real estate projects in Ho Chi Minh City and resorts in Central Vietnam, according to Forbes. Thao says she got the idea to start a discount airline while she was a trader, and she studied the business models of Southwest and Ryan Air for tips on how to launch her own.

VietJet took flight in 2011, and its early years—as Thao predicted—coincided with a 29% expansion of Vietnam’s air transportation market. The airline turned a profit in just its second year and went public in Vietnam in February. With more than 35 million passengers, the carrier, even in its short lifespan, has made Thao the only female billionaire in all of Southeast Asia, with an estimated fortune of $1.6 billion.

A foreign listing would reflect Thao’s goal to morph VietJet into “an international airline, not just a local one,” and would be in step with her personal outlook: “I have always aimed big and done big deals.”