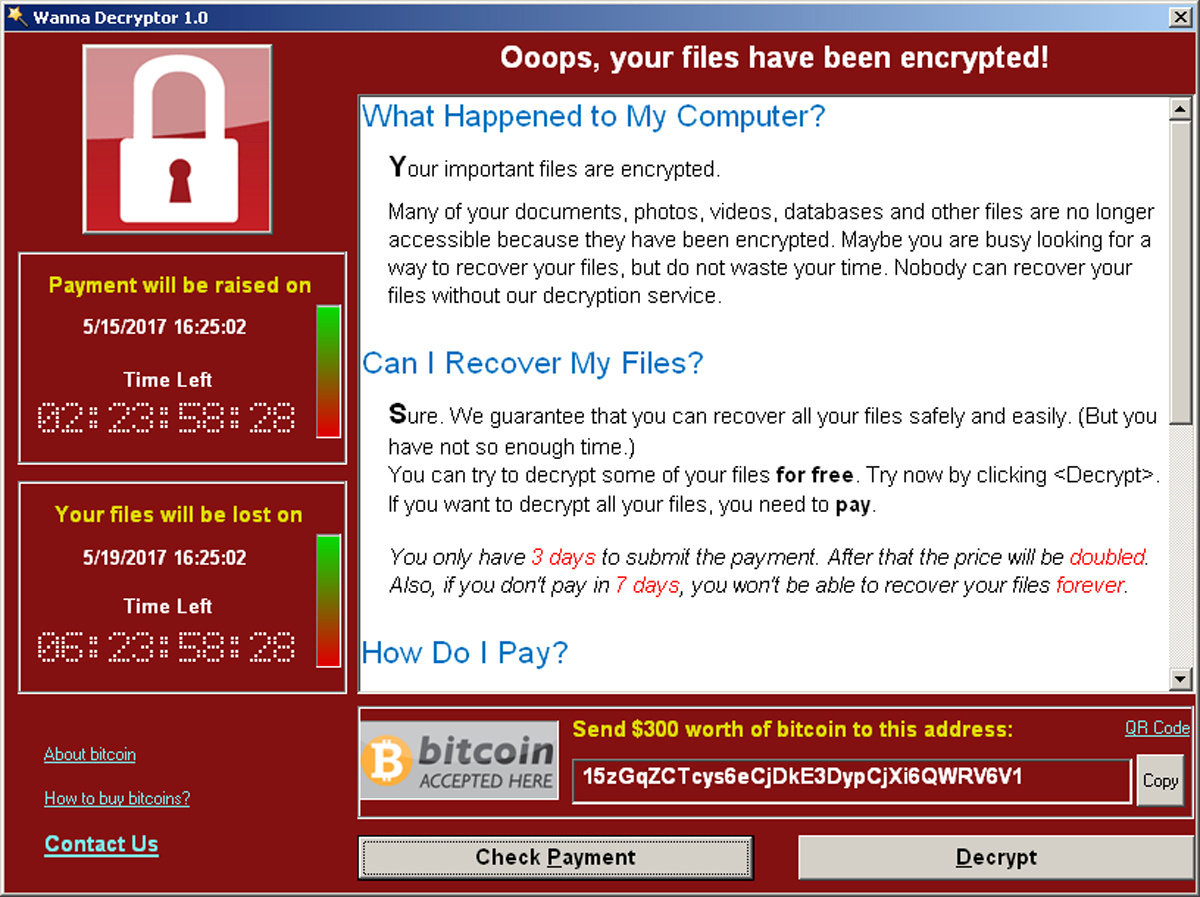 A screenshot shows a WannaCry ransomware demand, provided by cyber security firm Symantec, in Mountain View, California, U.S. May 15, 2017. Courtesy of Symantec/Handout via REUTERS ATTENTION EDITORS - THIS IMAGE WAS PROVIDED BY A THIRD PARTY. EDITORIAL USE ONLY. NO RESALES. NO ARCHIVE.? - RTX35YNS
Handout . REUTERS

A group that published hacking tools that security experts believe were stolen from the National Security Agency said on Tuesday it plans to sell a new batch of stolen code in July to customers willing to pay more than $22,000 for it.

The Shadow Brokers group said in an announcement on the internet that it has not yet determined what files will be in the collection. It has previously said it has access to tools for hacking into web mobile handsets and Microsoft’s Windows 10 operating system, web browsers and network routers.

It is not clear whether the group actually possesses those tools, or would make good on its promise to release them.

Security researchers have urged taking the threat seriously after the Shadow Brokers released a group of NSA hacking tools in April, including one that was used to launch this month’s massive “WannaCry” cyber attack.

It is not clear who is behind the Shadow Brokers, though some security experts have said they believe the group is tied to the Russian government and working to embarrass the United States.

NSA officials could not be reached for comment on Tuesday. The agency has declined to say if it built the hacking tools released by Shadow Brokers, or discuss the group’s activities.

A Microsoft representative said she had no immediate comment.

The company said on May 16 that it was aware of Shadow Broker’s claims that it had tools for hacking Windows 10, adding that its staff were actively monitoring emerging cyber threats.