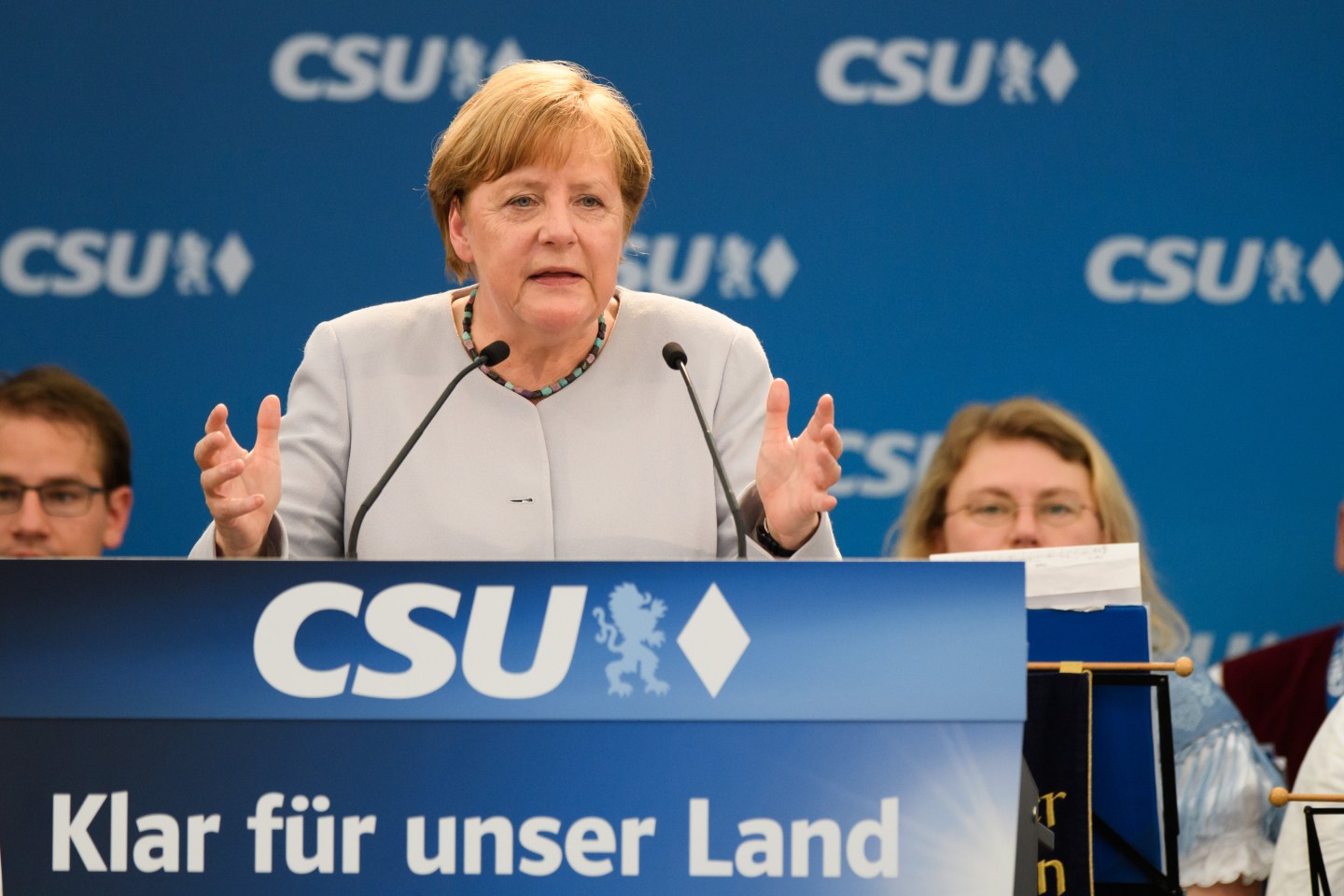 German Chancellor and Chairwoman of the German Christian Democrats (CDU) Angela Merkel gestures during a speech at the Trudering fest on May 28, 2017 in Munich, Germany.
Sebastian Widmann Getty Images

Chancellor Angela Merkel believes firmly in strong German-U.S. relations and is simply being honest with the United States when she flags up policy differences with Washington, her spokesman said on Monday.

Merkel sent shockwaves through Washington and London by saying on Sunday that Europe must take its fate into its own hands, implying that the United States under President Donald Trump and Britain after its Brexit vote were no longer reliable partners.

She made the comments after Trump criticized major NATO allies over their military spending and refused to endorse a global climate change accord at back-to-back summits last week.

“The chancellor’s words stand on their own — they were clear and comprehensible,” her spokesman, Steffen Seibert, told a regular government news conference in Berlin on Monday, adding: “It was a deeply convinced trans-Atlanticist who spoke.”

After the meetings of NATO and the G7 group of wealthy nations, Merkel told a packed beer tent in Munich that the days when Europe could completely rely on others were “over to a certain extent”.

“I have experienced this in the last few days,” she said. “And that is why I can only say that we Europeans must really take our fate into our own hands — of course in friendship with the United States of America, in friendship with Great Britain and as good neighbors wherever that is possible also with other countries, even with Russia.”

Merkel’s remarks, made to her Christian Democrat party’s Bavarian allies, were particularly striking as the chancellor, a fan of the United States as a teenager in Communist East Germany, has always been known as a resolute Atlanticist.

Seibert stressed that this remained the case.

“Those of you who have reported on the chancellor for a long time will know how important German-American relations are to her,” he told the news conference.

“They are a firm pillar of our foreign and security policy, and Germany will continue to work to strengthen these relations,” he said, adding that Merkel had said before that Europe must take its fate into its own hands.

“Because trans-Atlantic relations are so important to this chancellor, it is right from her viewpoint to speak out honestly about differences,” Seibert said.

In Vienna, European Central Bank Governing Council member Ewald Nowotny was asked whether difficult political relations between Europe and the United States were causing any downside risk for the world economy. He replied: “No. I have to say, this is an advantage that central banks have relative to the governments…”

“Fortunately central banks are independent and not dependent on the short-term political discussions,” he said.