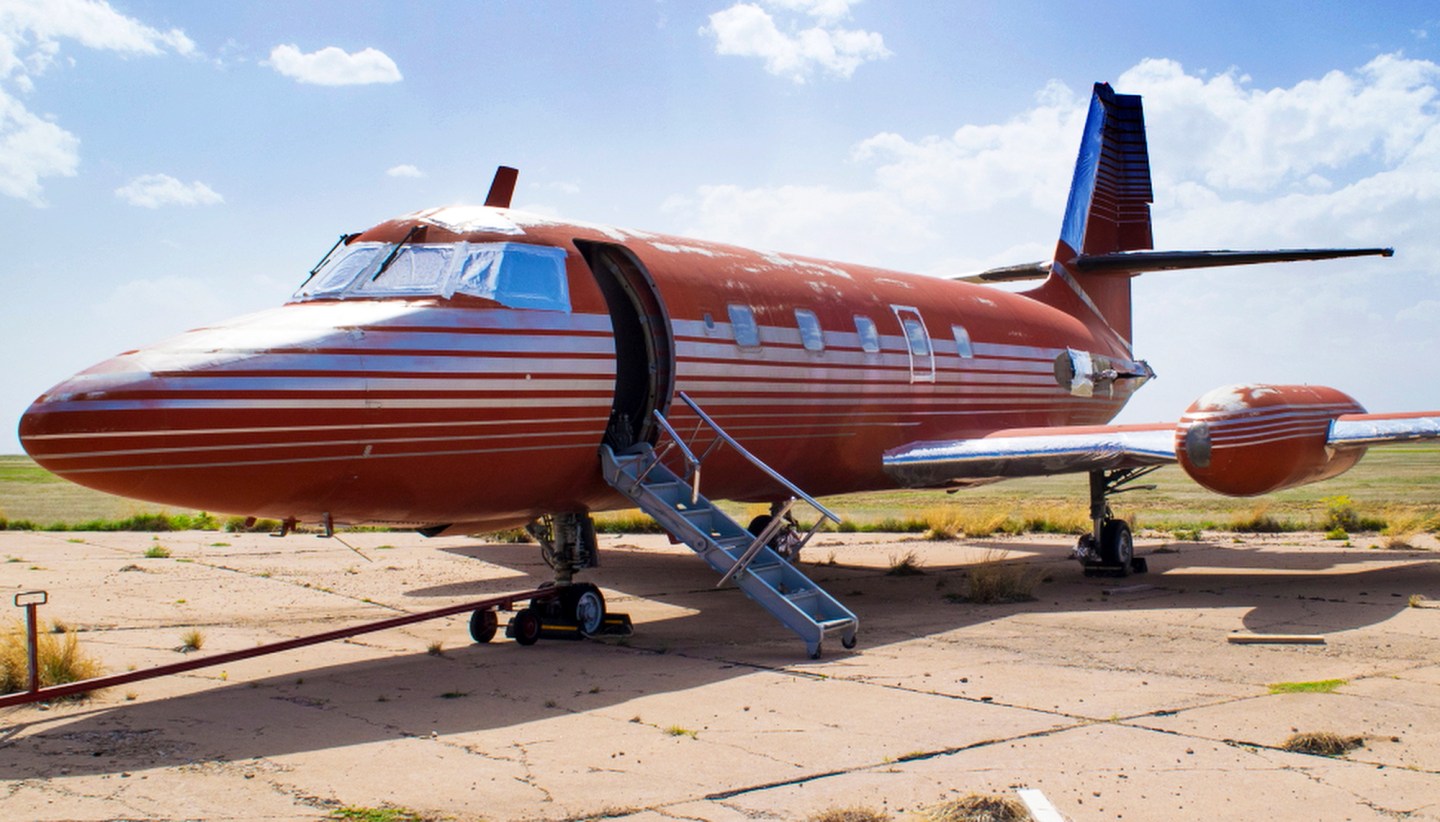 This undated photo shows a private jet once owned by Elvis Presley, on a runway in New Mexico. The plane is set to be auctioned after sitting on the runway for 30 years.
AP AP

A private jet once owned by Elvis Presley sold for $430,000 at a California auction on Saturday.

The 1962 Lockheed Jetstar has sat on a runway in Roswell, New Mexico for 35 years and has no engines and an unrestored cockpit, GWS Auctions Inc. said.

The person who bought it and the buyer’s plans for the plane have not been released, the Associated Press reported. However, GMS Auctions Inc. estimates the buyer could earn millions off the plane once it is restored.

Elvis owned the jet with his father, Vernon Presley, and was custom designed for the King including gold-tone hardware, red velvet seats and a red carpet, according to the auctioneer.

Though it is unclear where the buyer of the jet lives, the plane will have to be disassembled to be shipped.

Untouched since Elvis owned it, the jet is the only plane once owned by the legendary singer that is privately owned. Two other planes owned by Elvis are now on display at the Elvis Presley Museum in Memphis, Tenn.