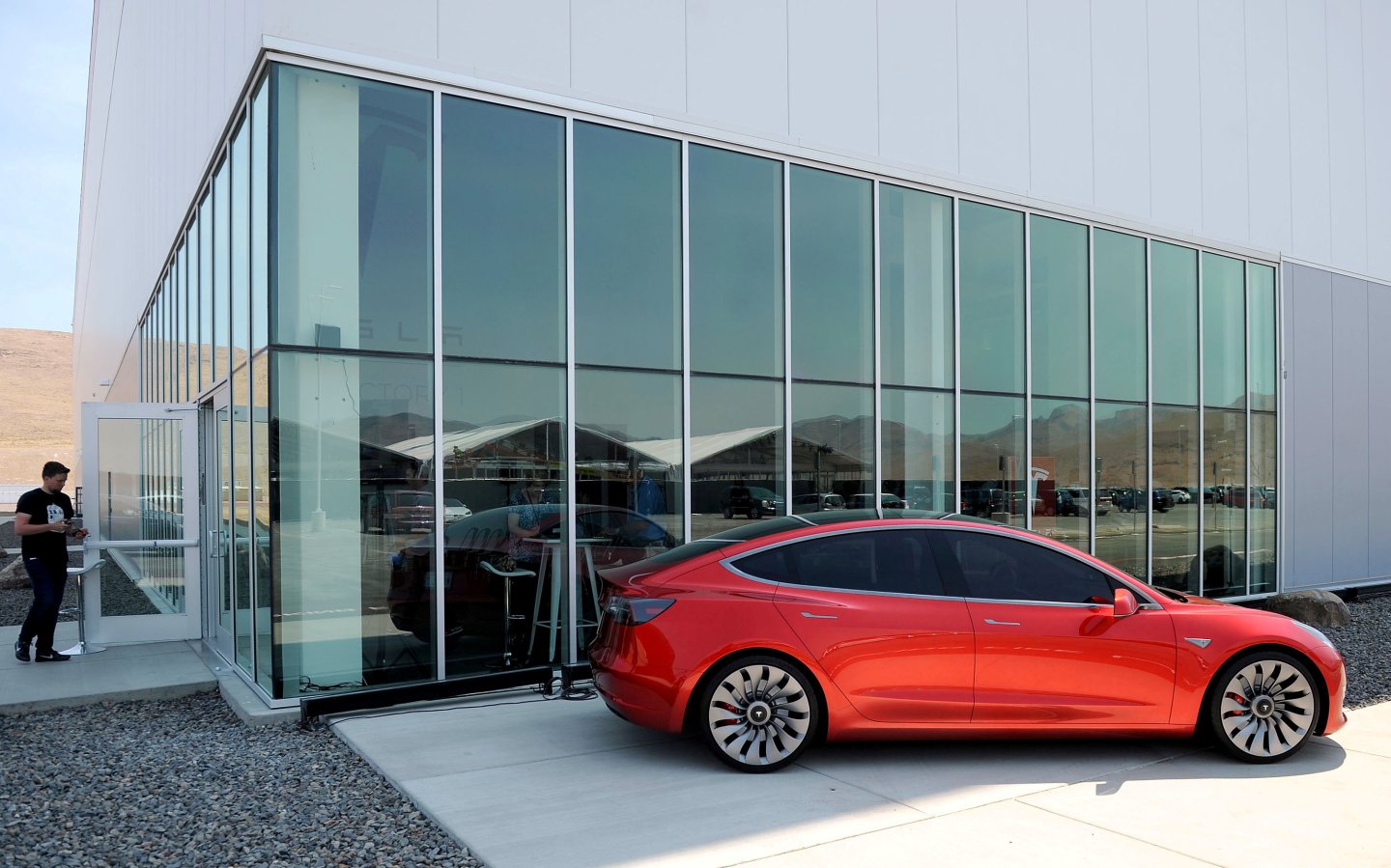 Tesla this week unveiled a new “Compare” page that lines up features of the forthcoming Model 3 sedan, including precise trunk size and battery range, with its flagship Model S. The Model 3 comes up short in most departments – and that, it seems, is the point.

Tesla CEO Elon Musk has talked several times in recent months about the challenge of convincing customers that the modestly-priced Model 3 isn’t the next big thing from Tesla. Musk has said the company is now “anti-selling” its newest car by reminding customers how much better the Model X SUV and Model S luxury sedan are, if they’re willing to pay a lot more.

The new comparison page continues that strategy, spelling out in blunt detail all the ways the Model 3 isn’t as good as the Model S. “Although it will be our newest vehicle,” the page explains, “Model 3 is not ‘Version 3’ or the most advanced Tesla.”

Among the shortcomings of the Model 3 that Tesla wants to make sure you’re aware of: it accelerates more slowly than the Model S. It gets 215 miles to a charge instead of between 249 and 335. You have to pay to charge it on Tesla’s Supercharger network. It seats fewer people than the Model S (or at least, fewer children). It has a smaller trunk. It has one display instead of two. And it doesn’t have nice options like glass roofs or bioweapon-grade air filters. Oh, and it’s shorter.

The message is clear – Tesla would much rather you buy a Model S than a Model 3.

That’s not at all surprising, since the Model S starts at $68,000 compared to the Model 3’s $35,000 base price. But this new anti-sell does come on the heels of a recent estimate that Tesla could wind up losing money on each Model 3 sold, and could feed speculation that the Model 3 was a bad bet for the carmaker.

But the reality is probably more mundane. Tesla has around 400,000 Model 3 pre-orders on the books, enough to keep the factory busy for a full year or more after it spins up in September. That means Tesla has little motivation to sell more of them right now. And those preorders are non-binding, giving Tesla even more reason to upsell the curious to something they can deliver immediately.

But no matter what Tesla tells you, remember that its new entry-level model is no slouch. Its 215 mile range blows away the 107 miles per charge you’ll get from a Nissan Leaf. And while it’s true it’ll never match the acceleration of a $1.15 million McLaren P1 the way a souped-up Model S can, it’s still just as quick as a Ford Mustang V6.