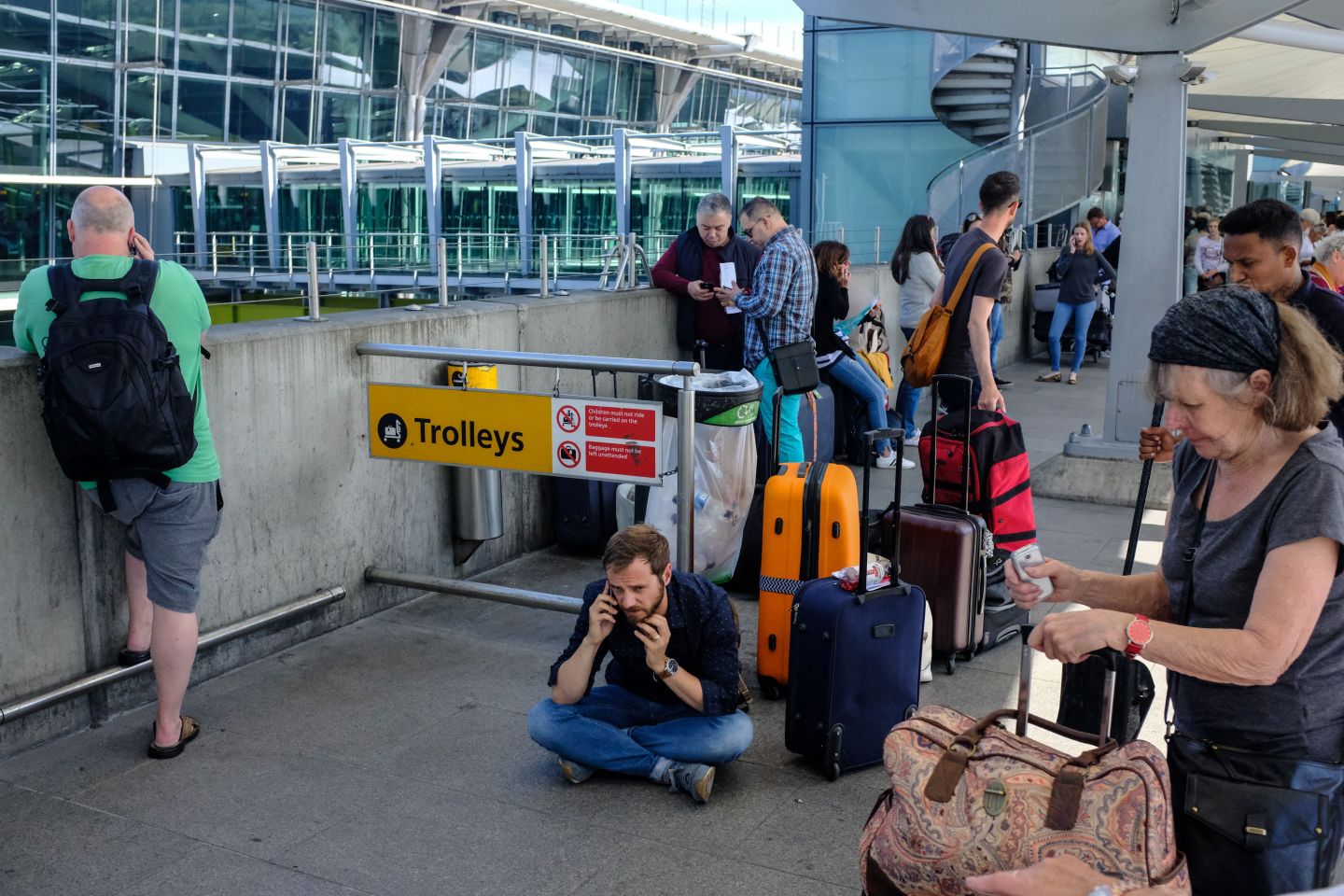 Travellers stranded outside the entrances of Heathrow Airport Terminal 5 after British Airways flights were cancelled are seen at Heathrow Airport in west London on May 27, 2017. British Airways said May 27 that it had cancelled all its flights out of major London airports Heathrow and Gatwick after an IT systems failure, warning people not to travel to the congested hubs. People outside the entrances said that they are not being allowed to enter the terminal. / AFP PHOTO / Daniel Leal-Olivas (Photo credit should read DANIEL LEAL-OLIVAS/AFP/Getty Images)
Photograph by Daniel Leal-Olivas—AFP/Getty Images

British Airways said a power supply issue was to blame for a global computer system failure which sowed confusion and chaos at London’s two biggest airports, with thousands of passengers queuing for hours and planes left stuck on runways.

“We believe the root cause was a power supply issue and we have no evidence of any cyber attack,” Alex Cruz, Chairman and CEO of British Airways, said in a video message on Twitter.

“We are extremely sorry for the huge inconvenience this is causing our customers and we understand how frustrating this must be especially for families hoping to get away on holiday,” he said.

British Airways said it had canceled all flights from London’s Heathrow and Gatwick airports on Saturday following a global IT system failure.

The airline said most long-haul flights due to come to the airports on Sunday would arrive as expected but there would be further delays and disruption to its services.

The problems, which passengers said had affected flights across Britain, came on a particularly busy weekend with a public holiday on Monday and many children starting their school half-term breaks.

“It’s a complete nightmare. There’s just hundreds and thousands of people accumulating in the departures bit,” Roshni Burt, who was flying from Heathrow to Bahrain with her young son, told Reuters.