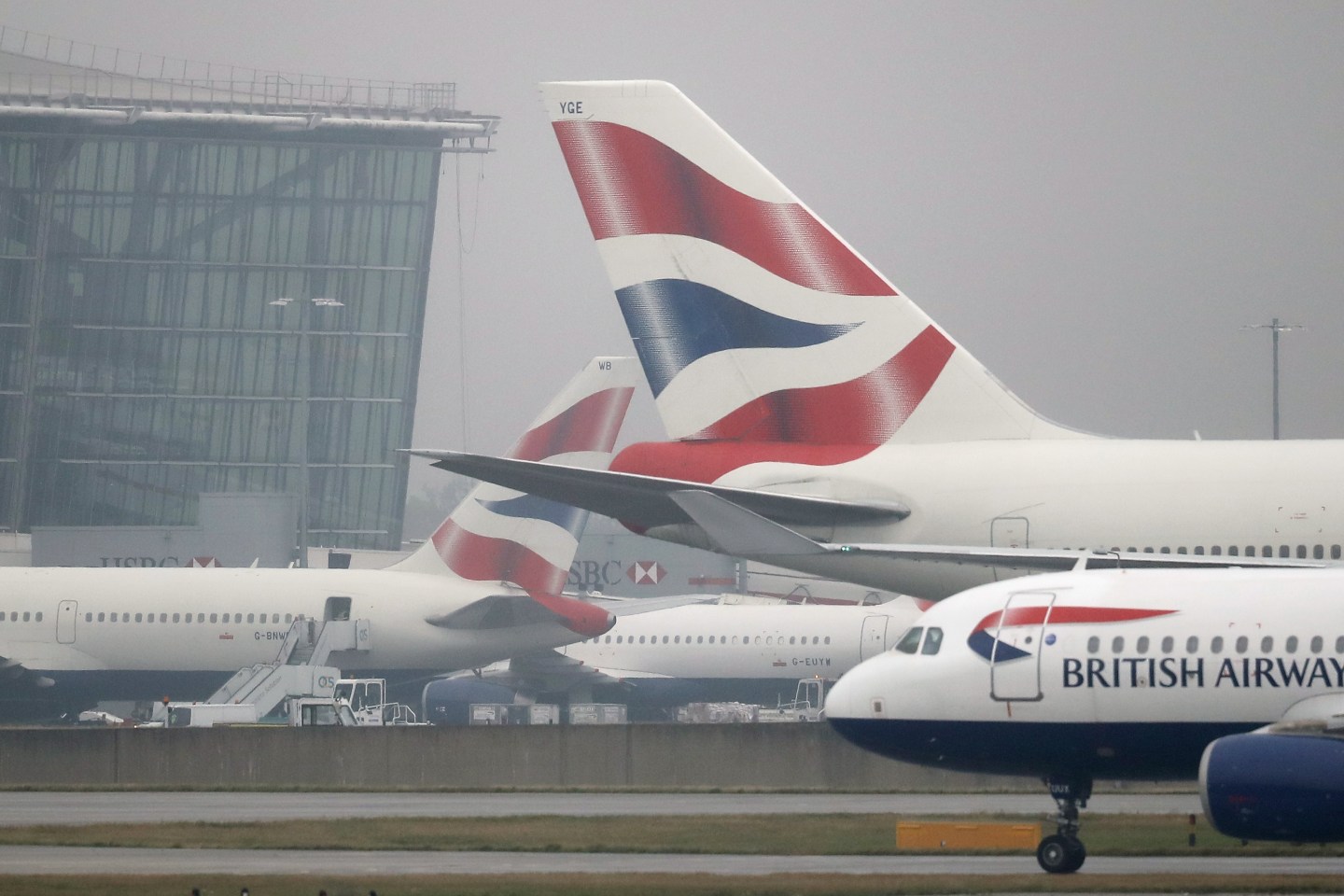 LONDON, ENGLAND - OCTOBER 25: British Airways planes taxi near Heathrow's Terminal 5 on October 25, 2016 in London, England. At a cabinet committee meeting today the government approved a third runway at Heathrow airport. Many people in the nearby village of Harmondsworth are strongly opposed to the third Heathrow runway as it would likely mean the demolition of the village. (Photo by Dan Kitwood/Getty Images)
Photograph by Dan Kitwood—Getty Images

(LONDON) — British Airways said on Saturday there was no evidence that a global breakdown of its IT systems had been caused by a cyber attack.

British Airways said it had cancelled all flights from London’s Heathrow and Gatwick airports scheduled before 1700 GMT on Saturday due to a global computer outage.

“We have experienced a major IT system failure that is causing very severe disruption to our flight operations worldwide,” the airline said in a statement.