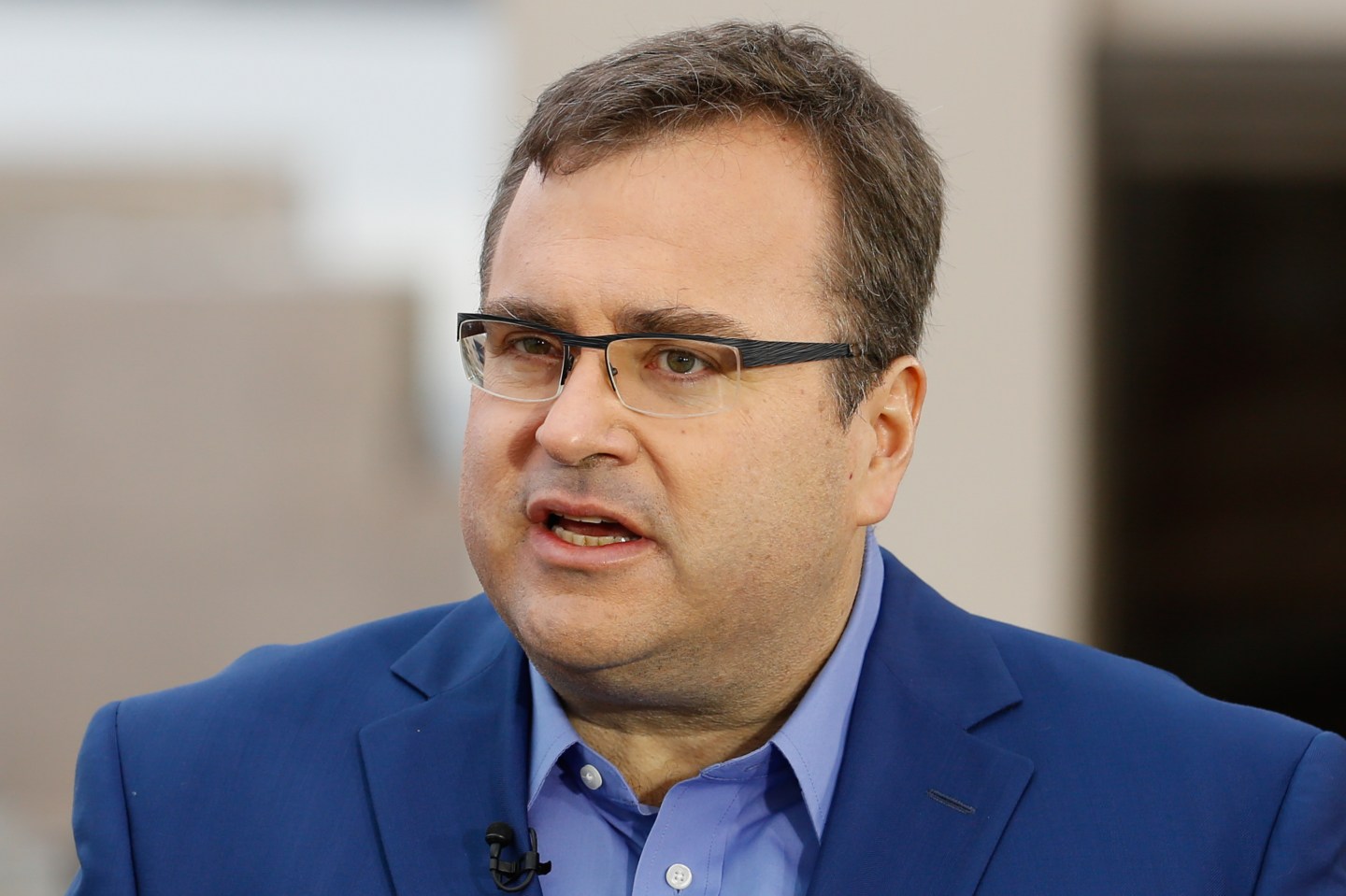 In 2006, newly minted Stanford grad Ben Rattray sat at a Starbucks in Silicon Valley, pitching LinkedIn founder and early Facebook investor Reid Hoffman to fund his idea for a political website. His startup idea, Change.org, failed to interest Hoffman early on, but it did later in 2014, and now again in 2017.

Hoffman on Friday exclusively revealed to Fortune that he is leading a $30 million round in Change.org, a for-profit petition and fundraising website focused on social and political change. This is Hoffman’s biggest personal impact investment to date in a startup after years of funding them.

Change.org debuted in 2007 as a social network for creating campaigns for social issues. “We deeply believed in using the Internet to create change,” Rattray said.

The site’s users can create petitions so that others can add their names to them, like modern-day versions of paper-based petitions used for centuries. A rape victim used Change.org to mobilize 140,000 people for sexual assault victims’ rights, which resulted in Congress passing the first ever Sexual Assault Survivors’ Bill of Rights. Another petition, which attracted more than 200,000 supporters, aimed to eliminate Bank of America’s $5 monthly fee to use debit cards and that resulted in the company reversing its policy. Change.org also lets people start campaigns to crowdfund for causes.

Overall, Change.org has amassed 180 million users who have created more than 1 million petitions through the site. Hoffman said Friday that those petitions have resulted in government agencies, corporations, and other organizations changing their policies more than 21,000 times.

For more on Hoffman, watch:

In terms of making money, Rattray said that Change.org collected nearly $20 million in annual revenue in 2016 from organizations and non-profits paying to use it service and to advertise. But sales didn’t grow as quickly as expected, forcing the company to lay off 30% of its staff in 2016.

“We just weren’t growing ad revenue to match how fast people were using the site,” Rattray explained. “We needed to have a more predictable revenue line that aligned with how our users were using Change.org.”

So the company started letting people use the site to raise money from supporters. In exchange for hosting crowdfunding efforts, Change.org takes a 5% cut of the total amount of money raised.

Users can also pay to promote their petitions or funding pages on the site. And Change.org offers memberships that cost an average of $9 monthly that give users access to exclusive content and events. Rattray said the site has around 20,000 paid members.

Already, Rattray says that the company will generate “millions of dollars of revenue” this year through crowdfunding and promoted petitions.

With the investment from Hoffman and the others, Rattray is focused on continuing to expand the fundraising and promoted petitions strategy. The recent U.S. elections and subsequent increase in political activism have also been helpful the Change.org’s growth.

Since the November election, nine million users in the U.S. have registered with the site.

Along with the funding, Rattray is adding a number of new board members including Nancy Lublin, the founder of Crisis Text Line, an around the clock text-messaging support line for people in crisis, who will be chairwoman of new board. Others are LinkedIn co-founder and vice president Allen Blue; Joe Greenstein, founder of InnerSpace and Flixster; and Sarah Imbach, a former executive at 23andMe, LinkedIn, and PayPal.

The board’s primary role, said Hoffman, will be helping Rattray and the company make progress on its business model.

“It’s a very interesting moment around the world,” said Lublin. “There’s a lot of opportunity for the company to get involved in global impact. The world is kind of in the shitter and Change.org could be the world’s greatest plunger.”