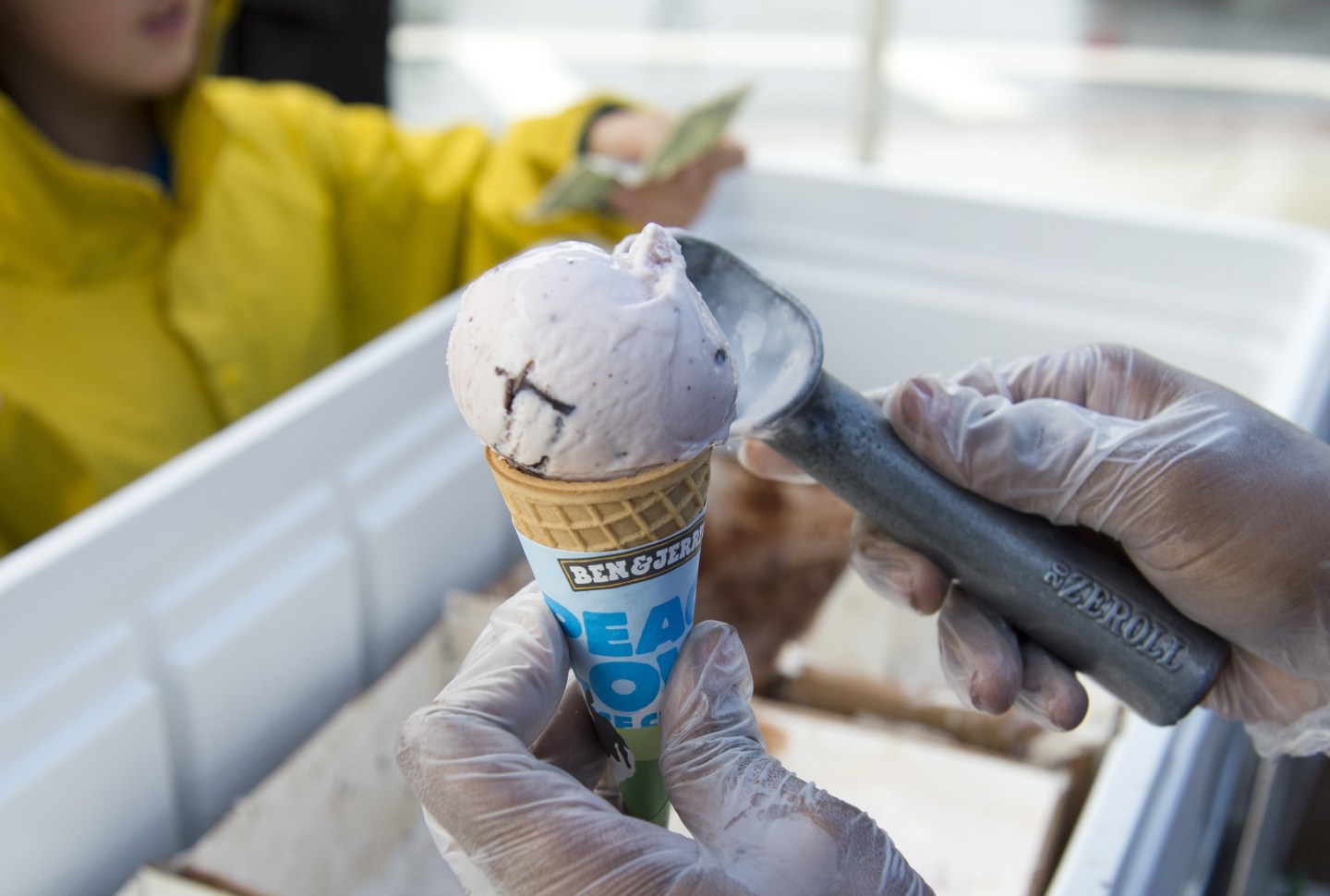 Ice cream giant Ben & Jerry’s is fighting for marriage equality in Australia by banning customers from ordering two scoops of the same flavor.

The ban, which covers all 26 Ben & Jerry’s stores across Australia, is part of a campaign to push for swift parliamentary action on marriage equality.

“Imagine heading down to your local Scoop Shop to order your favorite two scoops,” the company said in a statement on its website. “But you find out you are not allowed–Ben & Jerry’s has banned two scoops of the same flavor. You’d be furious!”

“But this doesn’t even begin to compare to how furious you would be if you were told you were not allowed to marry the person you love,” the statement continues.

As part of the campaign, Ben & Jerry’s is encouraging customers to contact their local lawmakers to tell them to legalize same-sex marriage, and is installing postboxes in all of its stores so people can send a letter to their MP then and there. “Make marriage equality legal! Love comes in all flavors!” the company said.

Polling conducted after last year’s federal elections showed that over 62% of Australians support legalizing same-sex marriage. But the push stalled last year when a proposed plebiscite on the issue was shut down by the Senate, over fears that campaigning would would be hurtful to the LGBTQ community. Instead of a public vote, Ben & Jerry’s is calling for a free vote in parliament on marriage equality.

The company has long been known for its corporate activism, and has a history of supporting same-sex marriage legislation in countries around the world including the U.S., U.K., New Zealand, and Germany.