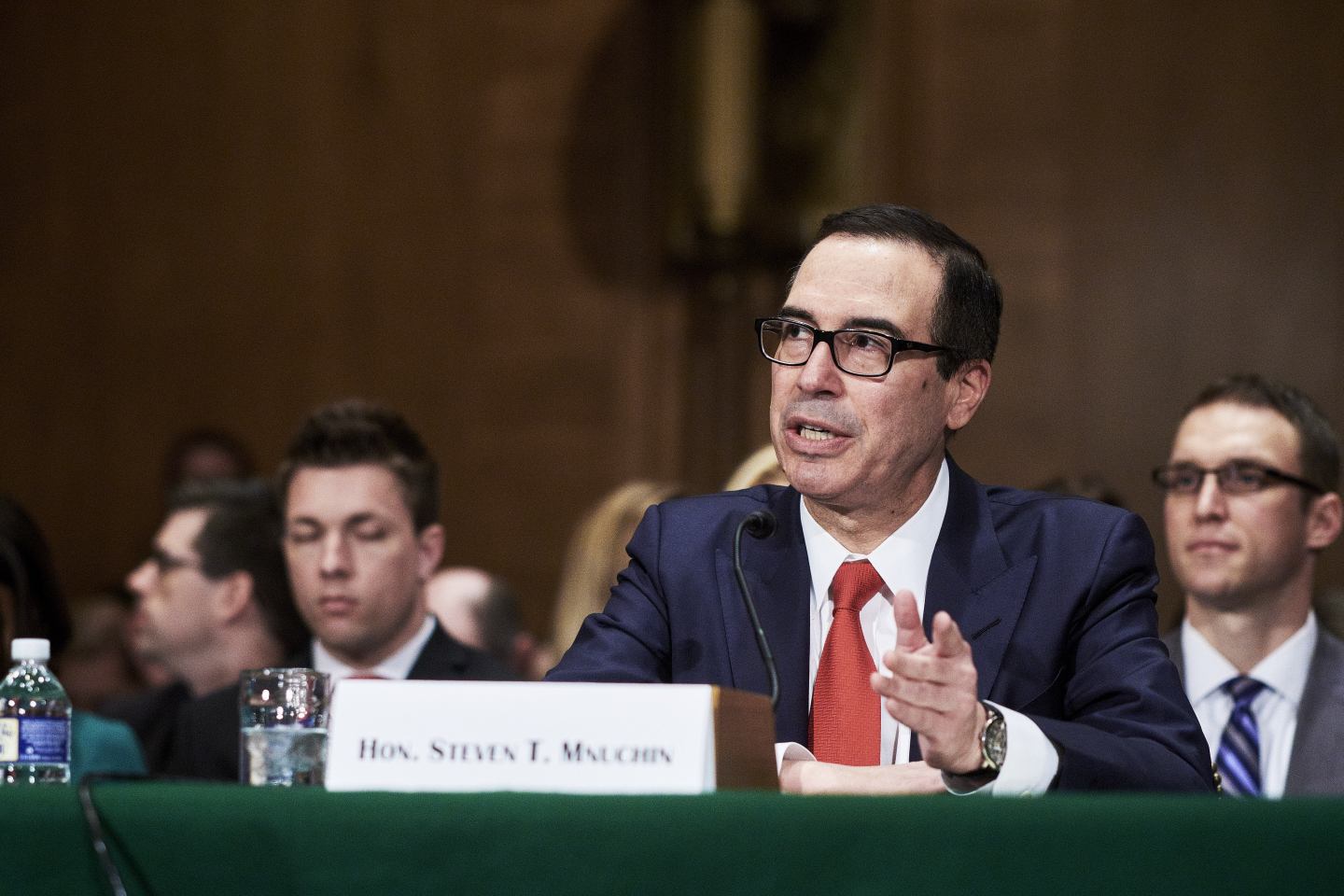 Steven Mnuchin, U.S. Treasury secretary, testifies during a Senate Committee on Banking, Housing, and Urban Affairs hearing at the the U.S. Capitol in Washington, D.C., U.S., on Thursday, May 18, 2017. Mnuchin's testimony is his first committee appearance since his controversial confirmation. Breaking up Wall Street banks would be a "huge mistake," Mnuchin told lawmakers Thursday. Photographer: T.J. Kirkpatrick/Bloomberg via Getty Images
T.J. Kirkpatrick—Bloomberg via Getty Images

Critics have argued that the proposal “double-counts” a projected $2.1 trillion in revenue growth, which is currently used to both pay for tax cuts and bring down the deficit.

Some Republicans have also acknowledged that the $4.1 trillion budget is unlikely to pass as proposed, with some vehemently opposing certain provisions.

Mnuchin is expected to speak at the House Ways and Means Committee at 2 p.m. E.T. Watch his testimony live above.