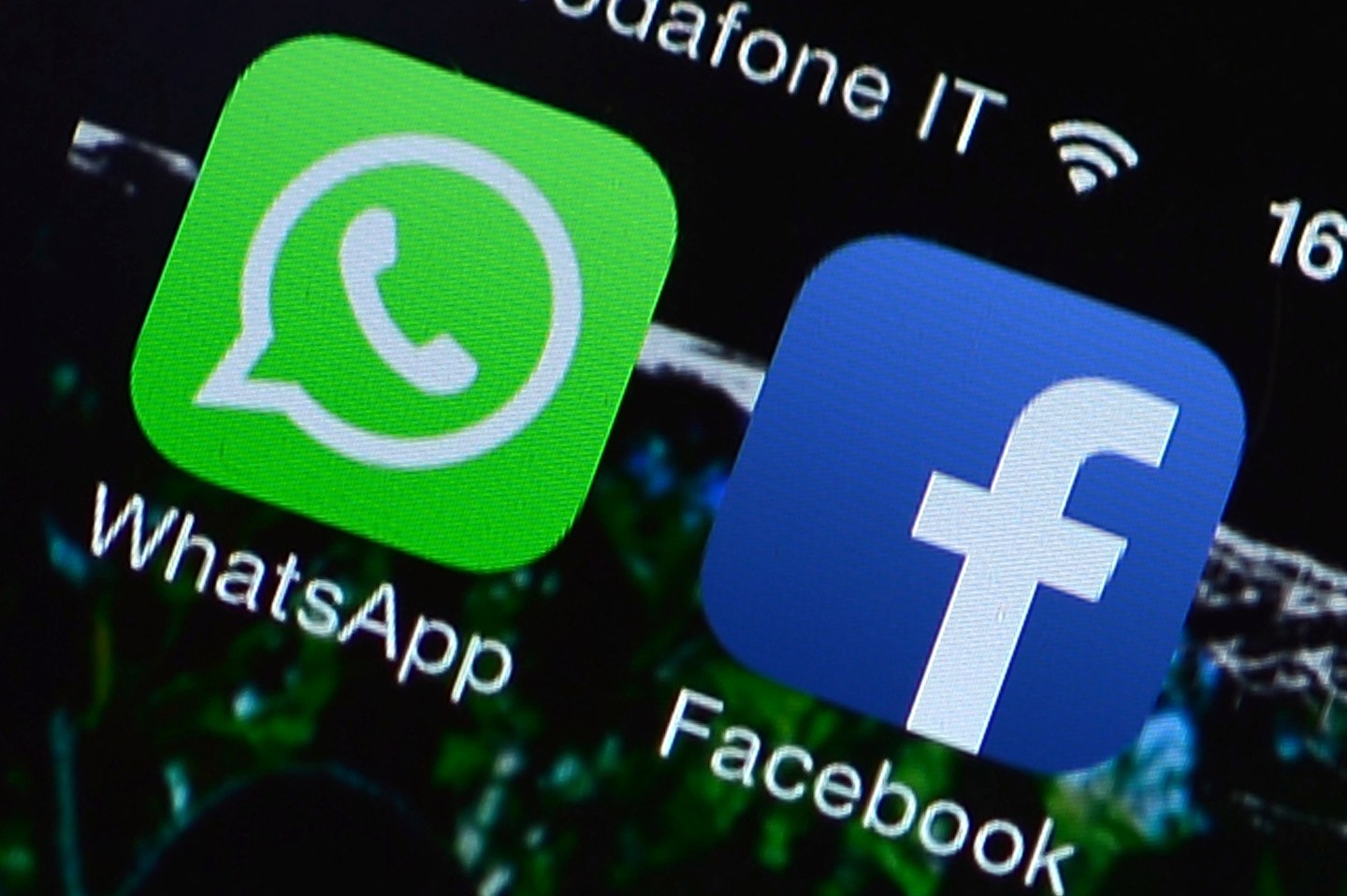 The Facebook and WhatsApp applications' icons are displayed on a smartphone on February 20, 2014 in Rome. The deal unveiled the day before worth up to $19 billion -- seen as the largest for a venture-backed tech startup -- gives Facebook entry into emerging markets and importantly keeps the app out of the hands of rivals like Google. US stocks rose modestly in early trade today as investors slammed Facebook's huge acquisition of WhatsApp and Wal-Mart Stores turned in disappointing earnings for the holiday season. AFP PHOTO / GABRIEL BOUYS (Photo credit should read GABRIEL BOUYS/AFP/Getty Images)
GABRIEL BOUYS—AFP/Getty Images

European Union antitrust regulators fined Facebook $122 million on Thursday for giving misleading information during a vetting of its deal to acquire messaging service WhatsApp in 2014.

Calling it a “proportionate and deterrent fine”, the European Commission, which acts as the EU’s competition watchdog, said Facebook had said it could not automatically match user accounts on its namesake platform and WhatsApp but two years later launched a service that did exactly that.

“The Commission has found that, contrary to Facebook’s statements in the 2014 merger review process, the technical possibility of automatically matching Facebook and WhatsApp users’ identities already existed in 2014, and that Facebook staff were aware of such a possibility,” the Commission said.

Facebook said in a statement the errors made in its 2014 filings were not intentional and that the Commission had confirmed they had not affected the outcome of the merger review.

“Today’s announcement brings this matter to a close,” Facebook said.

The fine would not reverse the Commission’s decision to clear the purchase of WhatsApp and was unrelated to separate investigations into data protection issues, it added.

Reuters reported on Wednesday that Facebook was set to be fined.

The Commission could have fined Facebook up to 1% of its turnover – which would have been $276 million based on 2016 results – but said that Facebook had cooperated with the proceedings and acknowledged its infringement.

The EU sanction comes after Facebook received a separate $167,000 fine on Tuesday by a French data watchdog for failing to prevent its users’ data being accessed by advertisers.

Last week the Italian antitrust authorities levied a $3.34 million fine on WhatsApp for allegedly obliging users to agree to share their personal data with Facebook.